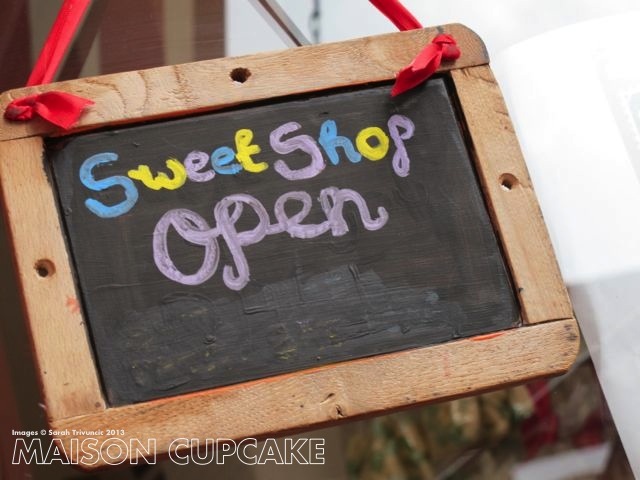 Today I chuckled to read that school tuck shops selling sweets and chocolate have been banned across England.

Not because I’m a gung-ho nutrionist or a sadist but the mere mention of the phrase “tuck shop” took me back to halcyon days of the late 1980s when I was a keen consumer and purchaser of sweets but more latterly a cunning confectionery sales person in my own right. 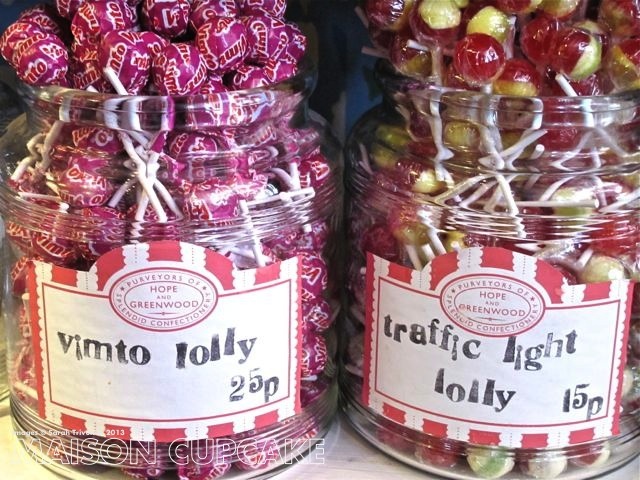 My first experience with sweet selling started with my nose pressed upon the counter of Forbuoys’ newsagent in Stonydelph Tamworth. The shop assistant, poised with red and white stripey bags and brown uniform would lean over the counter delving below to satisfy your latest sugar fix.

In the early 80s, you could still manage to squeeze ten sweeties out of a 5p mix although admittedly only the tiniest ones. Red and orange fruit salads whose wrappers clung so viciously you struggled to open them, liquorice Black Jacks who prompted mass exposure of blackened tongues at your friends. My personal favourites were squidgy beer bottles (akin to the more popular cola variety except lager flavoured) and white chocolate skulls filled with pink goo.

Alongside the ubiquitous 10p mix, some kids – not me I hasten to add – were sent to buy (and probably the sweets were a bribe to facilitate this) individual fags for their parents. Buying cigarettes individually was common practice in 1980s Tamworth and with sweet irony we’d also pop candy cigarettes into our selections. The best ones had pink tips supposedly to look “lit”. As with the real thing you could buy them singly or in cardboard boxes. 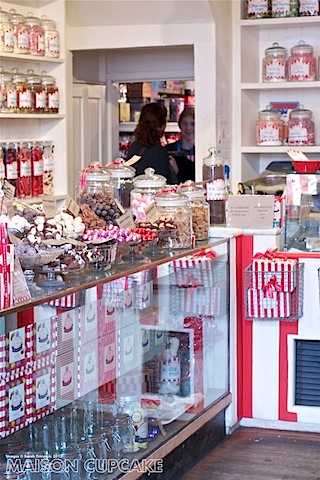 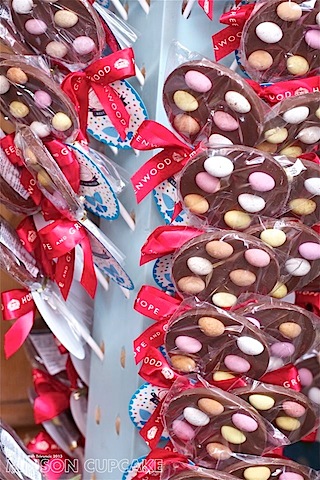 I could tell many tales about idyllic afternoons swinging in Stonydelph whilst sucking lollies and sticking pictures into Panini albums (long before I knew panini to mean toasted sandwiches).

But my story for you today is one of sherbet, one upmanship and Monster Munch. 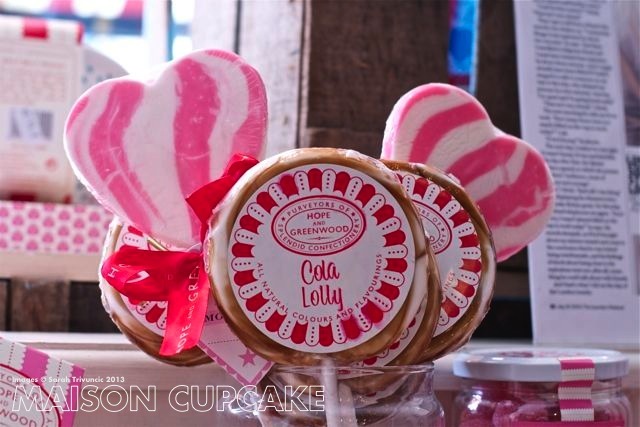 It was the very early 90s when I attended sixth form in the West Midlands. Our school had not had a functional tuck shop for any of the previous six years of our attendance although older siblings have relayed that there had been one years ago.

At our fairly ratty catholic comprehensive school, we were not let out at lunchtimes lest fights break out with “the locals”. Most of us were bussed in from local towns within a 20 mile radius. So we had zero opportunity to step outside the gates to buy sweets whilst at school. 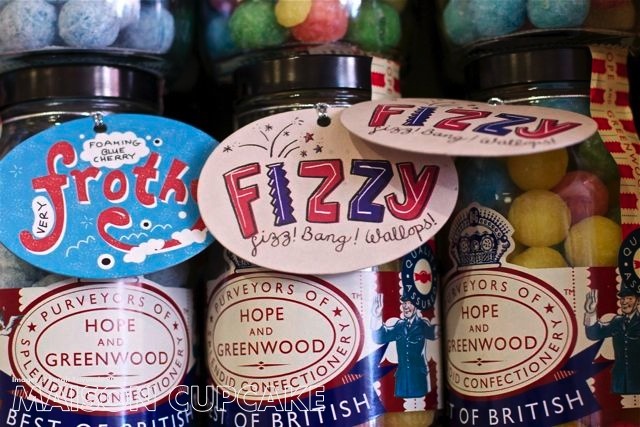 Imagine if you will, our sixth form common room in the autumn of 1991, very possibly with Bryan Adams’ Everything I Do I Do It For You crackling out on the radio.

A team of four boys – who all studied sensible things like maths – concocted a business plan to reopen a school tuck shop they would manage themselves. They approached the deputy head and a tuck shop location barely larger than a cupboard was identified. It was actually a chunk of corridor with shelves fitted and that could be boxed off with a wooden counter and hatch. The back entrance was through a locked cloakroom, prompting prison warder style swinging of keys denoting sudden power. I have been entrusted access to the sweets and crisps.

Volunteer sixth formers were enlisted to serve during lunch breaks for unspecified reward; as soon as one of the “tuck shop management team” passed his driving test, they set up a business account at the local bank and started visiting a nearby cash and carry during study periods. Returning within the hour with a Vauxhall Chevette estate packed to the gills with goodies. 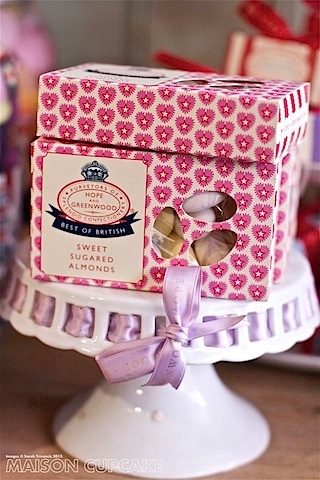 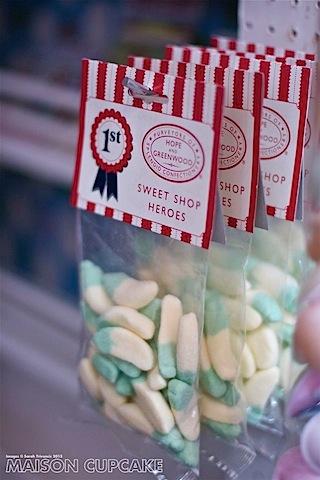 The tuck shop may only have been about 3 metres square but when fully stocked it managed to contain at least ten types of crisps, a full array of jelly sweets and penny mix style candy and bars of chocolate (now is not the time to mourn the loss of Hellas bars, Texans and Cadbury’s Secret but you get the picture).

A rowdy queue would build the second lunch hour commenced. Being inside before opening the hatch was quite alarming as kids waiting would bang their fists demanding you open. Our school had a stupid system where year groups were given a single time slot (which would be good or bad) to go into lunch for the entire year. Hence depending on the day of the week, you might have 35 minutes to kill before you’d even get a sniff of the battered spam which was inevitably the only thing left on the plates when you were finally admitted to the dinner hall.

So yes, nutritionally, the tuck shop was indeed luring kids away from their bona fide school meals. Extra dinner ladies were diverted away from the playground to control the hoards waiting for their fizz bombs and Frazzles. 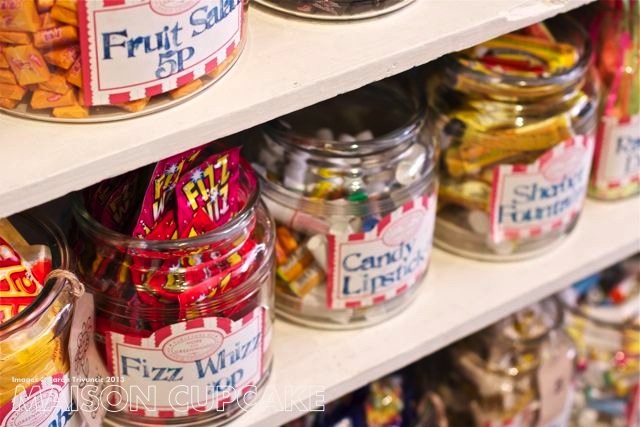 Pricing was ad hoc. People you liked or wanted to ingratiate yourself to were charged less. Smaller kids or people you didn’t like were strictly charged the RRP or whatever you might get away with.

Staffing the tuck shop was equally random. Finding yourself on duty alone could be intimidating although the Tuck Shop Management Team said they would “reward” those of us who were reliable. I used to serve in there at least once a week, primarily with the intention of dispensing sweet nothings to boys I fancied along with their Caramacs.

We’d got this sweet selling business licked. The tuck shop was a rip roaring success and ran for at least two terms unhindered. At the end of each half term, the Tuck Shop Management Team would divide up the profits – invariably counted out in small change – and share this with other sixth formers, according to how many lunch slots they’d served. (I will never forget my friend storming off because she didn’t want to be paid in 2 pence pieces but I didn’t care. Money was money.)

Then there were rumblings from the school. We looked like we were doing too well out of this. The school wanted a piece of the profits. Not being on the Tuck Shop Management Team myself, I am hazy what arrangements they had as regards rent of the chunk of corridor now serving as tuck shop.

But whatever it was, it would appear the school rather resented that there was money to be made here and a small band of sixth formers were pocketing from it.

So they opened a rival vending machine. Selling fizzy drinks as well. 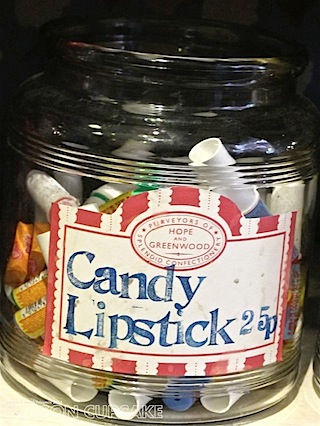 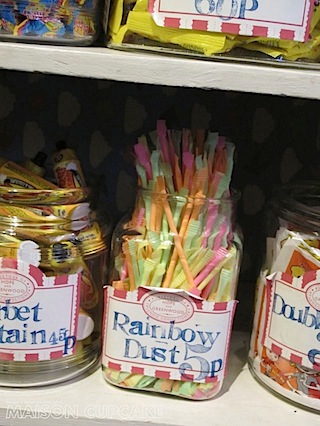 Cannily they’d placed the vending machine exactly where the back end of the tuck shop queue usually reached. Thus if you didn’t want to wait in the queue you now had an alternative.

Trouble brewed however when the machine wanted exact money only and needless to say the tuck shop was not going to facilitate dishing out change for kids to spend in the rival vending machine.

A scheme of up selling emerged where we would encourage our customers to round up their purchases to the nearest fifty pence or pound so they’d still not have any change for the vending machine. The dinner ladies would be caught in a crossfire of rage against the vending machine and queue for the tuck shop. As A level revision became a greater priority for the boys leading the show, the tuck shop stock dwindled, trips to the cash and carry became less frequent and at exam time it eventually closed. But the kids still kicked the vending machine rather than spend money in it so the deputy head got rid of that as well.

In this Beano-esque battle between the deputy head and the Tuck Shop Management Team there appears to have been no concern over the kids eating increased volume of sweets, chocolate and crisps but rather who was making the most money out of it. That this took place against a back drop of dumbed down newly privatised and rapidly deteriorating school dinners adds another dimension to the tale.

My! How the world has changed.

Did your school have a tuck shop? 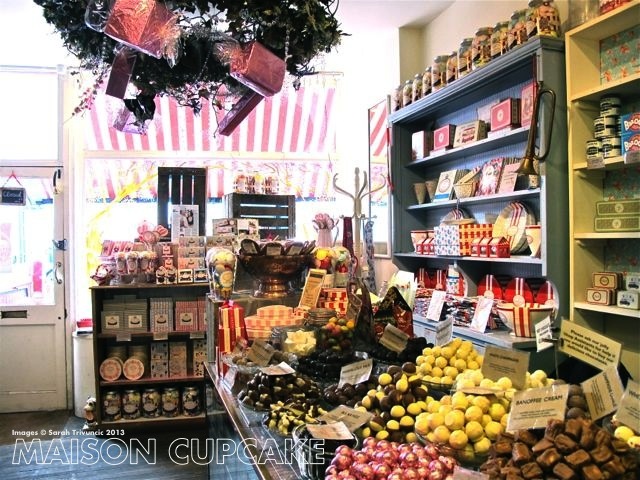 Photos were taken inside Hope & Greenwood in Dulwich, London.