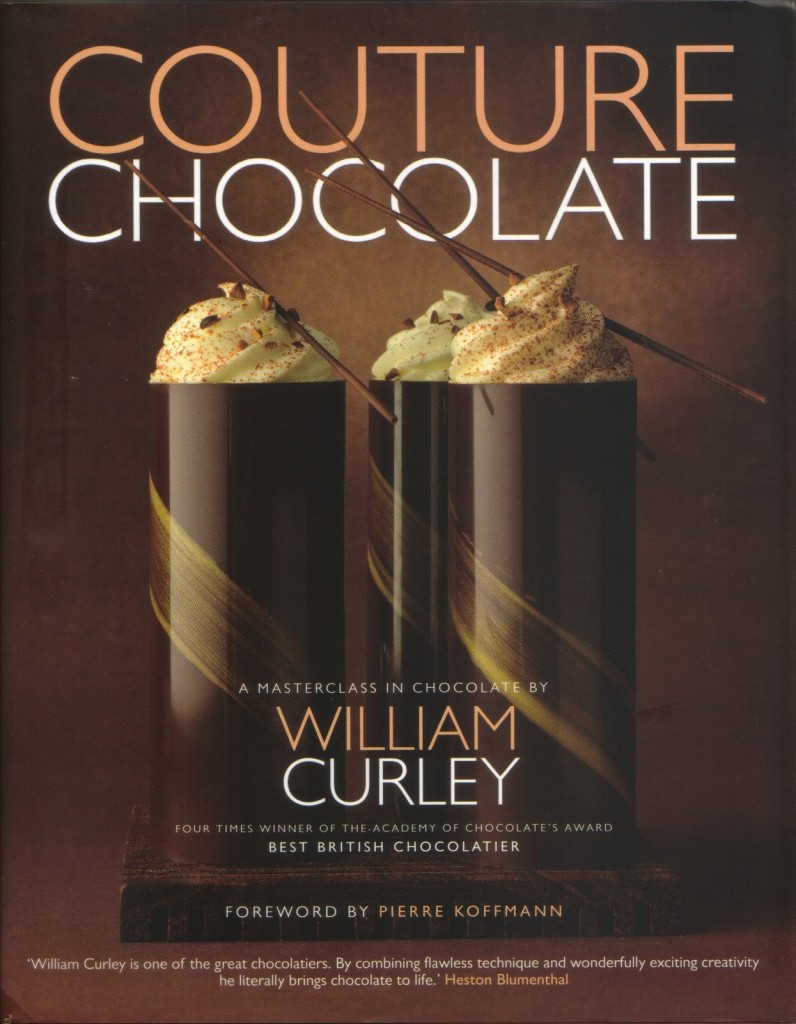 Rare is the treat a book that will not only impress your friends on your coffee table but teach you something valuable as well.

Couture Chocolate gives detailed information how to undertake chocolate making skills at very highest level but remains a readable joy to flick through and drool over.

You may remember I reviewed this book shortly before Christmas:

William Curley is one of the country’s top chocolatiers, having worked at numerous Michelin-starred restaurants with a number of the most respected chefs and pâtissiers in the business. Couture Chocolate is an astonishing homage to chocolate patisserie. Beyond being any other chocolate cookery book, it demonstrates in pictures highly skilled techniques that go into creating the most elaborate chocolates and desserts. For most people this is very advanced and would see little further action than oo-ing and arr-ing on the coffee table, however if you were someone wanting to set up their own chocolate business this publication would be an inspiring and beautiful textbook.

I am delighted to have three copies for Maison Cupcake readers to win by following the instructions below.

Couture Chocolate: A Masterclass in Chocolate by William Curley is published by Jacqui Small in hardback RRP £30.00. (Although currently at the bargain price of £19 on Amazon.)

2. The prize is one of three copies of Couture Chocolate by William Curley published by Jacqui Small.

5. This giveaway is hosted on behalf of prize sponsor Jacqui Small publishers who will deliver the prize(s) following confirmation of winners’ contact details.

10. Failure to claim prizes within 7 days will result in a replacement winner being chosen.

Check out these other great Maison Cupcake giveaways happening now:

« Giveaway #35: (CLOSED) new Weight Watchers book The Complete Kitchen
When I showed off my book cover »