Home » Monkeying Around with Crisps (Walkers) 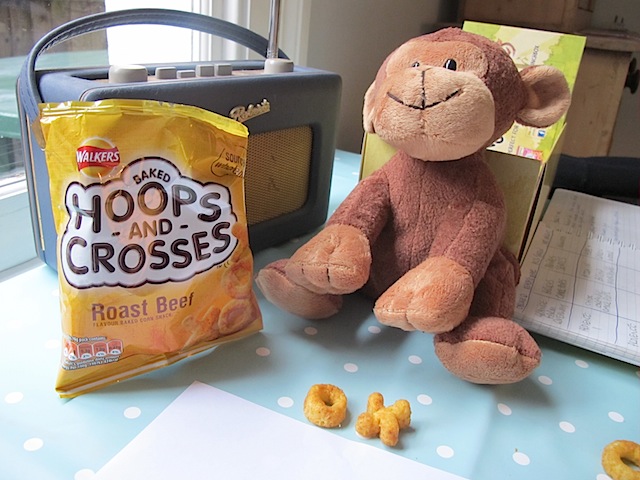 Like most mums I find my kid is hankering after a snack to plug the gap between school finishing and tea being ready. Generally this involves biscuits or bananas but until now not crisps or baked wholegrain corn snack thingies.

I was however asked to try out a bag of brand new Walkers Hoops and Crosses and share what I thought of them.

The unique selling points of Walkers’ Hoops and Crosses are that:

Not a unique selling point but my own reflections:

But on with the serious business of the Hoops and Crosses tournament: 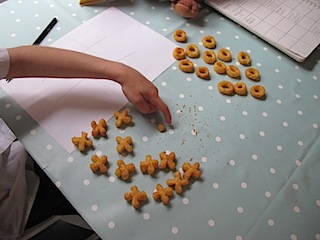 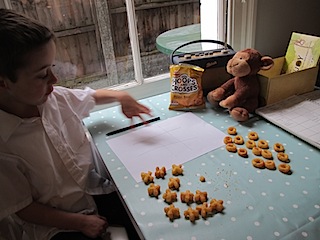 First tip out the baked wholegrain corn snacks on to the table. Divide them into hoops and crosses. A quick glance indicated that the hoops person can eat a few without disadvantaging themselves.

Then draw a noughts (or hoops) and crosses grid on a sheet of paper. Find someone to play against, in Ted’s case this was the adorable cute monkey who arrived in the box with the crisps – sorry – baked wholegrain corn snacks. 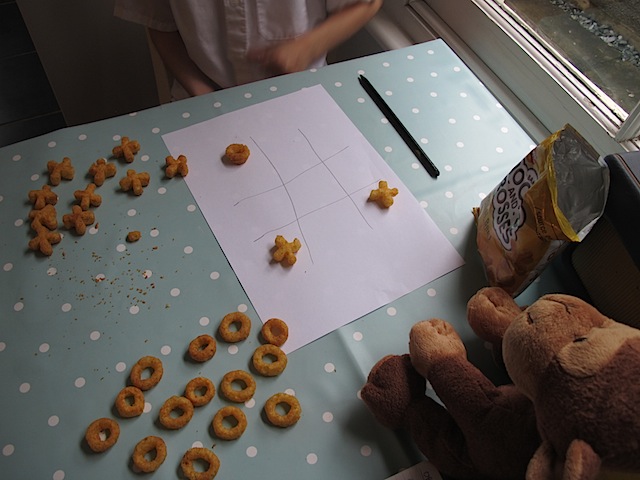 Ted goes first. He is crosses and Monkey is hoops. 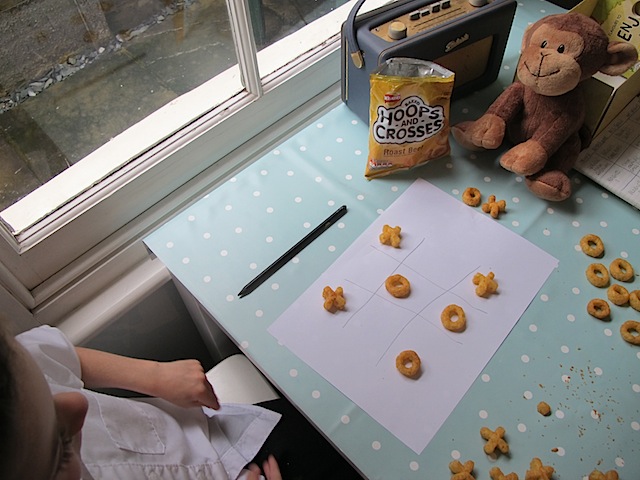 Hmm Ted could have won this but he’s given Monkey the advantage. 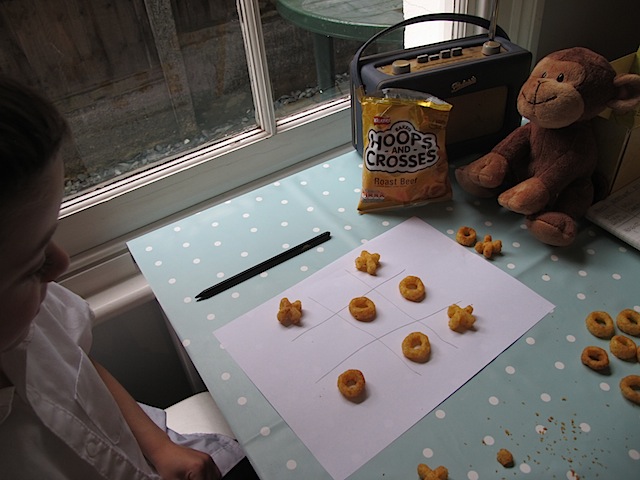 Gah! Monkey could have won but missed the opportunity. I think Ted is just filling the board so he gets more snacks if he wins. 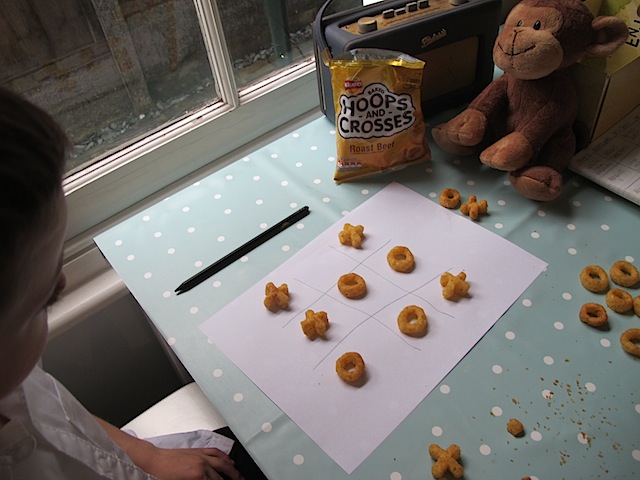 This is incredible! Ted should easily have won that but he’s left the field wide open for Monkey to romp home as the winner. 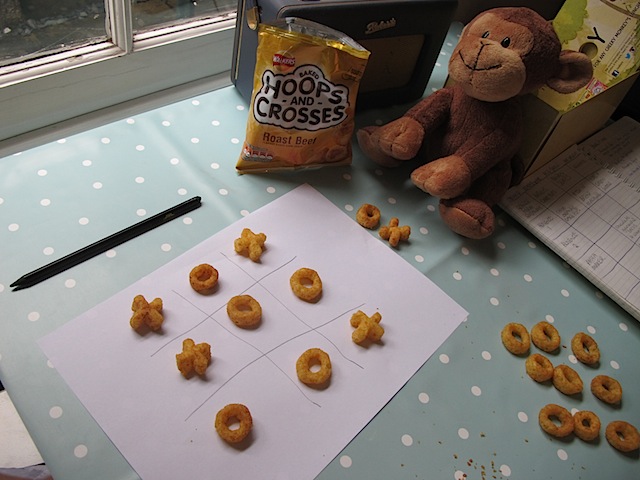 Oh darn it, the monkey has won!

But since Monkeys can’t eat bagged snacks, Ted gets to eat them anyway so it all ends happily – until mummy nicks the next lot to eat with her lunch.

Would I buy them again? Yes if they were on offer. I’m fickle like that… 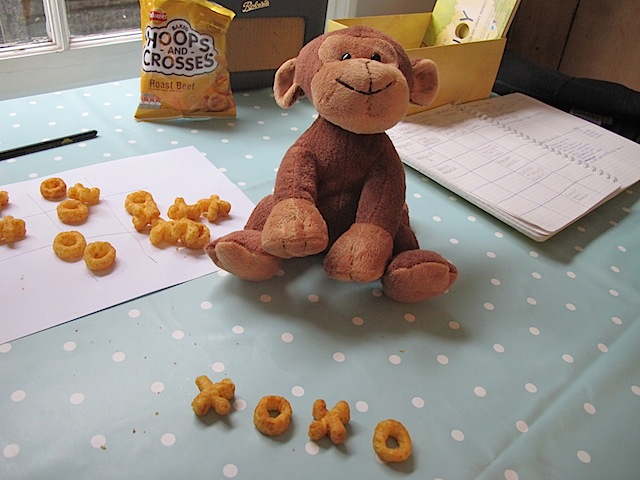 Post sponsored by Walkers, all words and opinions my own.