Retail therapy is one of my guilty pleasures and I consider myself a shopping mall anorak – especially of those around the capital. As a companion to yesterday’s review of TGI Fridays I share with you my tips and experience as a seasoned Westfield Stratford shopper. 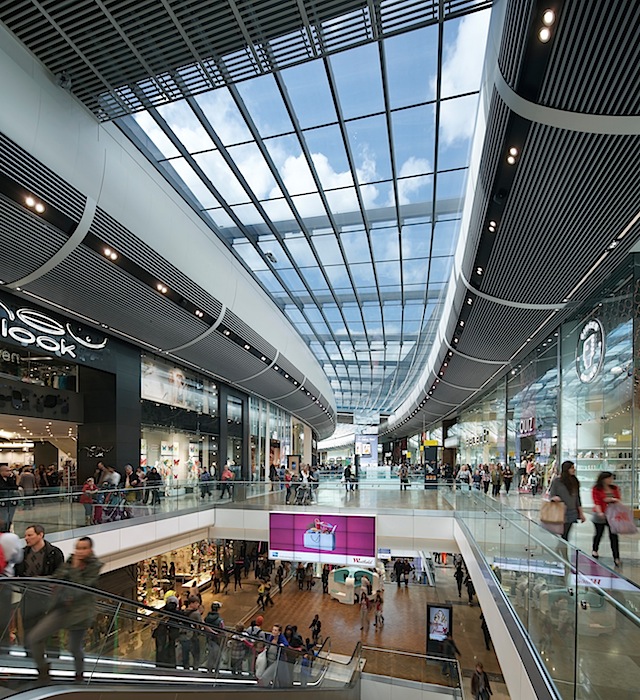 1. Westfield Stratford is banana shaped and on three levels. (whereas Westfield White City is square with two levels).

2. There are around 70 places to eat. These range from kiosks selling pretzels to concessions in food courts and sit down meals in restaurants. In general, even at peak times, it’s much easier to find a seat somewhere than Westfield White City.

3. There are around 200 shops. The flagship stores at Westfield Stratford are M&S, John Lewis and Primark. There are also large branches of New Look, Forever 21 and Next.

5. WH Smiths is pretty small. Actually you’re better off skipping over the bridge to old Stratford which has a much larger branch.

6. Lakeland is pretty small too. But weirdly seems to stock EVERYTHING in the catalogue. I don’t know how they manage this.

7. Shops are well grouped according to type: the ground level is fairly high street-y, food shops near to Waitrose, the middle level at John Lewis end is more designer, gifts and accessories mostly on the middle level in the middle, the cool places for kids to hang out i.e. Apple Store and Hollister are all on the top floor near the World Food Court and Vue Cinema (the VIP seats at Vue are massive by the way).

8. The most convenient place to park is the lower level of Car Park B. They’ll clean your car down there too. There are red and green lights above parking spaces according to whether they’re free. If you lose your car they have a screen where you tap in your car registration and it tells you where you parked. That said, the red and green lights aren’t accurate and the machine can never find my car. Fortunately I’ve only been testing it and always knew exactly where my car was.

9. Car Park B’s entrances are frequently blocked off by temporary bollards for no apparent reason. This happens mostly between October and January. Being forced to go to Car Park A when you’re going to the cinema at night is very annoying.

10. You get a green plastic chip instead of a paper card to pay for your parking space. The chips are easy to drop and it’s embarassing climbing out of your car to retrieve it before you go through the barrier. It’s also very easy to absent mindedly post your parking chip in the wrong slot when paying then you have to use the intercom to get help. Try to avoid doing this when you’re late for the school run.

11. The entrances to car parks are way narrower than they need to be. I’m relieved I drive a bog standard sized car. It’s easy to clip wing mirrors and mount kerbs going in and out of parking barriers.

12. Parking costs at Westfield Stratford are free for two hours and currently capped at £5 per day. This is incredibly reasonable although I live in horror of them putting the price back up to £12 for the day like it was before June 2012.

13. The parking machines say they accept American Express but actually reject them.

14. They don’t let you take a short cut through Aspers Casino with a five year old (annoying when car park lift has just sent you up there).

15. The best toilets to use are the top floors of M&S or John Lewis. Even on “Super Saturday” during the Olympics, I found the M&S loos to be quiet and well maintained.

16. Westfield Stratford do not appear to deploy enough staff to keep the centre’s (mostly busy with long queues) toilets pleasant at peak times. So it’s best to use the loos when you visit restaurants or stick to those in M&S or John Lewis.

17. The centre copes extremely well with high visitor numbers. I’ve always managed to park easily, albeit occasional to in a different car park to originally intended. It’s just the loos where they fall down.

18. Staffing in the food courts is much better – tables get cleared very quickly and even at peak times finding a seat is easy. The lower ground Fast Food Court has things like MacDonalds and Subway, the World Food Court upstairs is more upmarket with concessions such as Pho, Yo Sushi and Franca Manca.

19. When you order food from the World Food Court you get a buzzy thing to tell you when it’s ready. You simply must try the mezze platters from Comptoir Libanais, they’re fabulous.

20. Plan your day to avoid the worst crowds. The busiest parts of the centre are the areas around the two food courts and the end closest to Stratford tube station. The end near John Lewis, especially on the top floor by Lakeland is generally much quieter.

21. That said, Costa Coffee outside John Lewis is constantly mobbed. By contrast nearby, The Place to Eat in John Lewis (top floor) is very civilised.

22. The free wifi in John Lewis is iffy but it works well in M&S. Westfield free wifi can be patchy.

23. Service at M&S Tasting Cafe (top floor) is wonderful whereas the staff in the M&S food hall cafe (basement) appear to share the same brain.

25. There isn’t a branch of Waterstones but there is a decent sized Foyles.

26. Clothing choices if you’re over size 16 are mostly limited to M&S. There is a tiny grotty branch of Evans over the bridge in old Stratford.

27. They have an ice rink leading up to Christmas. The queue to see Father Christmas is mental. This Easter there will be an Easter Egg Hunt and a visiting city farm.

28. If you need a stiff drink try cocktails from Balans or Las Isguanas, beer in The Cow or champagne from Searcy’s.

29. If your mobile battery is dying you can charge it up for free in the mobile charging lockers.

30. Three reasons why Westfield Stratford is better than Westfield White City: John Lewis, Lakeland and you can go bowling at All Star Lanes.