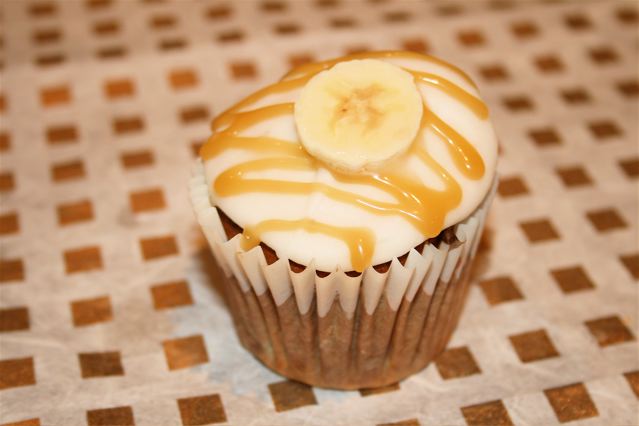 Banoffee cupcakes are the perfect recipe to use up bananas

During last week when my husband and I had flu, we didn’t eat a great deal and I found myself faced with a fruit bowl full of spotty bananas.  I have always intended to make banoffee cupcakes and decided to use them up developing this sticky banoffee cupcakes recipe. I nearly called them ‘sticky banoffee cheesecake cupcakes’. Sticky because they’re sticky (obvious really), banoffee because they’re banana sponge bases and icing with a toffee sauce and cheesecake because I made the icing with cream cheese – only with a twist. But this is a bit of a mouthful – I’d rather have my mouth full of banoffee cupcakes than words after all.

Following disappointment with the Hummingbird Bakery cream cheese frosting which uses butter and goes ridiculously sloppy, I tried using Tofutti soya cream cheese that you find in the chiller cabinet of health food stores. If you’ve not tried Tofutti cream cheese then you should – it’s as good as dairy cream cheese – especially the versions with garlic or herbs, though you won’t be using those here.

Of course if you cannot find soya cream cheese go ahead and use dairy version but don’t add butter, it doesn’t need it. 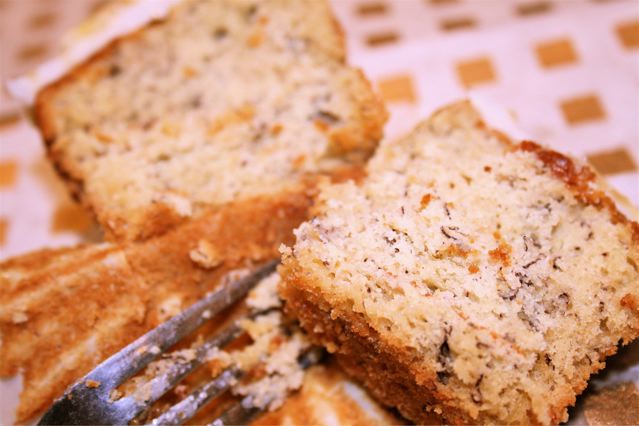 I was especially pleased with the crumb texture of these banoffee cupcakes.  The ripe bananas left pleasing little threads making a pretty speckled sponge.

One future addition I’d like to try would be to incorporate some toffee chunks into the banoffee cupcakes recipe mix.

You will have left overs of both cream cheese icing and toffee sauce.  Both had their original recipes halved in quantity there’s still ample. You could halve the quantities again but this may leave you with such small amounts to work with they may be difficult to mix. You will only have a cupful of the toffee sauce as it is but I admit there will still be a lot of banana cream cheese icing. Fortunately both should easily keep for up to a week if kept covered up.  Take them out of the fridge several hours before use though as they will solidify when chilled.

A few ways to use up banana cream cheese icing

My banana cream cheese icing mountain has been the source of much amusement on Twitter this week.  I received the following suggestions what to do with it: 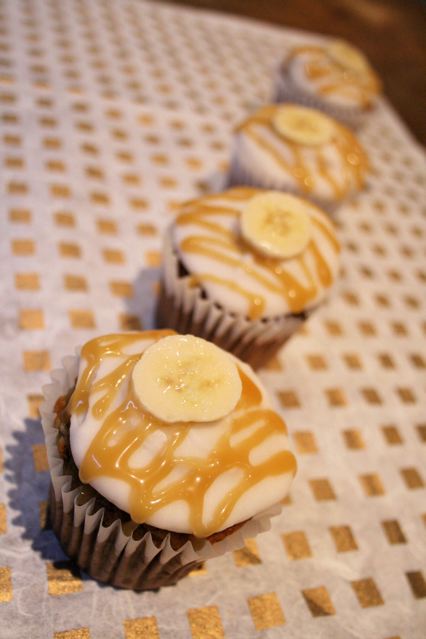 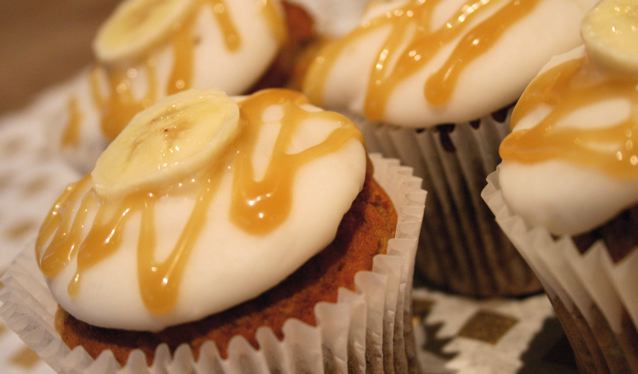