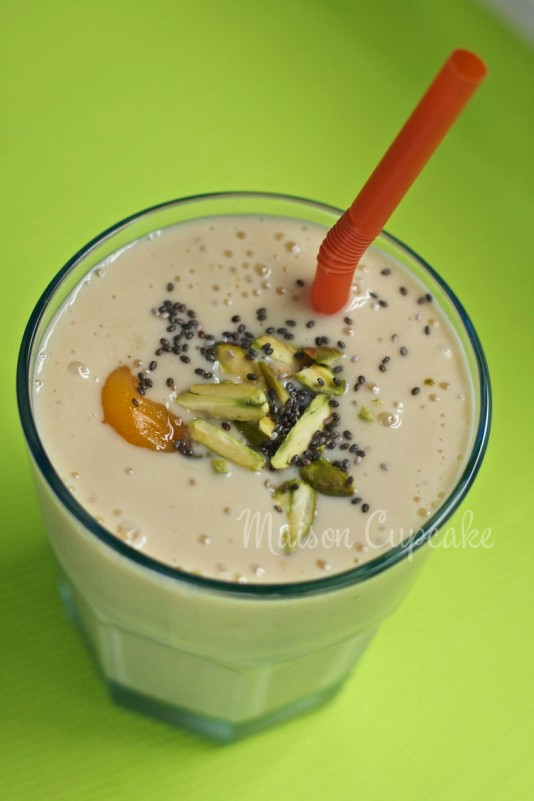 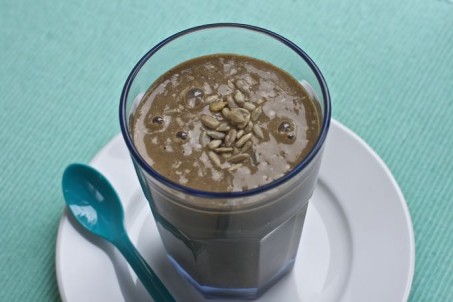 Five weeks ago, without much thought beforehand, I decided to overhaul my eating habits.

After a couple of false starts earlier in the year, the coincidence of a Monday falling on the 1st of the month was enough to kickstart me into being more resolved than in a long time to make meaningful changes to my diet and lifestyle. 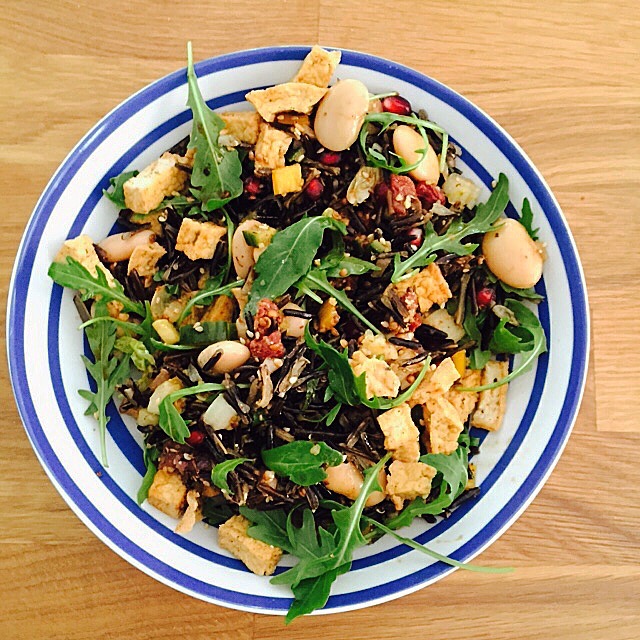 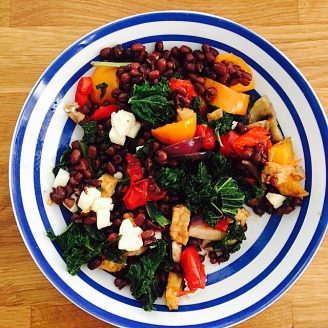 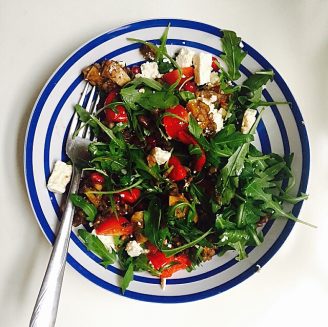 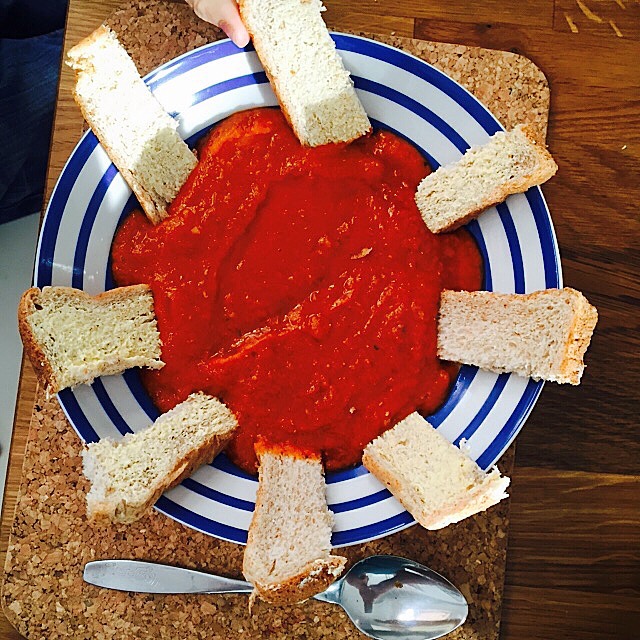 For a long time now I’ve felt unenthusiastic about baking cakes and actually if you follow my instagram feed, you’ll have more of an idea what I eat day to day such as these unblogged soups and salads shown above. My husband and son are somewhat phobic of pulses and seeds but they’re exactly the type of thing I love to eat. The biggest challenge over the past five weeks has not been sticking to what I’m eating, it’s been preparing different things for Nick and Ted who each have their limits when it comes to green and crunchy stuff.

I’ve never been tested for gluten intolerance but I do find I’m more energetic if I eat less bread, flour and pasta. Hence since December 1st, I have only eaten these things occasionally, generally when out of the house and there’s no alternative. Where the boys have eaten pasta, I’ve had rice instead.

I have avoided eating processed sugars and discovered that the less sugar I eat, the less I crave sweet things. Initially I satisfied my sweet tooth with a couple of pitted dates but lately I’ve not even hunted in the cupboard for these.

Christmas came and went. I was disinterested in mince pies and the pudding went unopened. I did have some of the Chocolate Christmas Cake Hack at New Year but otherwise my excesses were focussed on nuts, a little cheese and Prosecco.

So the truth is that there’s very little baking been going on in my house for a while and little likely to start. I know myself well enough to know these things are too irresistible if available, hence out of sight is out of mind.

I’m not saying I’ll never bake from now on but what there is will more likely be gluten free or lower sugar. (Unless the desire to decorate cookies takes over!) 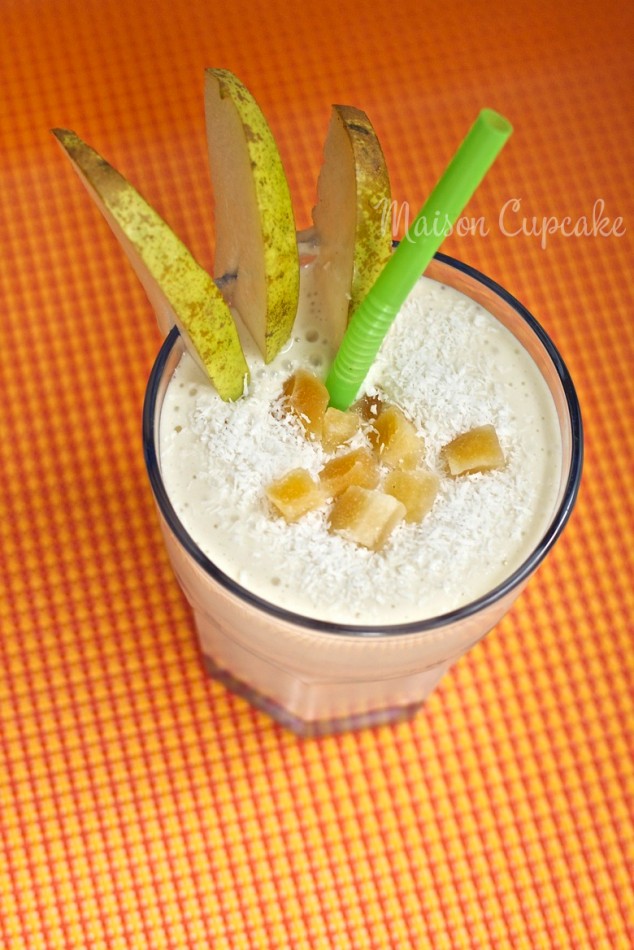 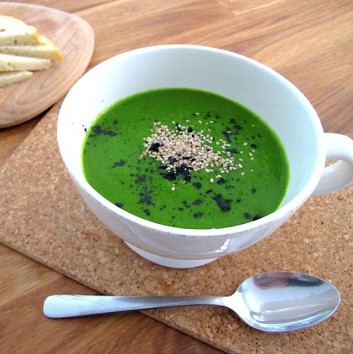 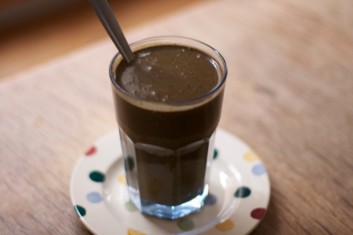 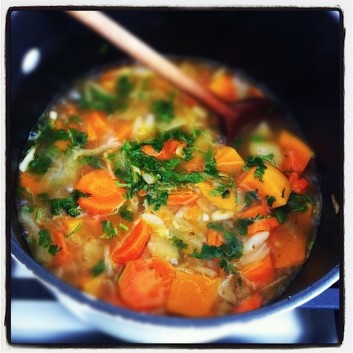 Two years ago I was going to the gym regularly and felt fantastic. I think if I’d been publishing the type of food I was eating rather than feeling I should still stick within the confines of a baking blog, I might not have faltered.

There’s been a mass baking binge exacerbated by TV shows and books and actually now thank goodness the spotlight is moving to more lower sugar, more nutritionally sound food. I’ve long felt the baking bubble had moved from genuine desire to craft and gain skills to a mass market explosion in making money.

I realise this sounds contradictory coming from someone with “cupcake” in their blog title but regular readers will already know I often go 12 months never publishing cupcakes and my site has long only still been called Maison Cupcake because I never thought of anything I felt was an improvement.

You will not see self loathing proclamations of “clean eating” here, I am still not quite sure what “paleo” is and I’m yet to be convinced by 5:2. Rather I intend to blog more of the food I am wanting to eat to look after myself and it would appear I’m not alone.

Jumpstart 2015 is a collective of bloggers using the fresh start of January to increase the ratio of healthier food in their diets.

Most of us will be publishing more soups and smoothies as part of our new habits.

We’ve all got a slightly different spin on it, everyone has different reasons so take a visit to some of the sites below to find out more.

Which blogs are taking part in Jumpstart 2015?

Look for the hashtag #Jumpstart2015 on social media, bookmark our sites or use Bloglovin to track what everyone is up to!