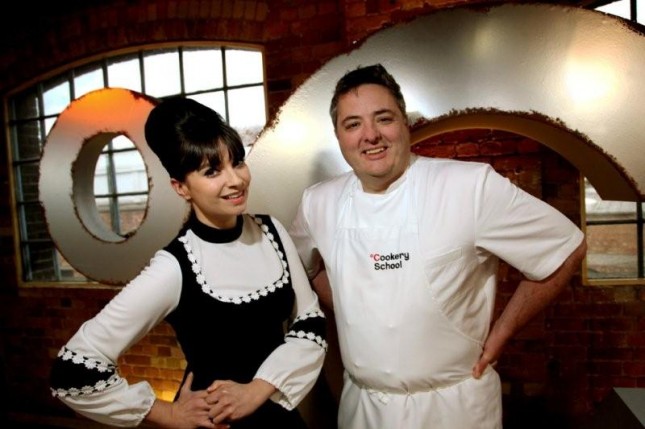 In the interests of a complete review of this title I forced myself to watch an episode of Channel 4’s epic 50-part daytime show Cookery School in which ordinary cooks apparently get turned into great chefs by Michelin-starred Richard Corrigan and Leith’s trained cookery mentor Gizzi Erskine.

The title promises instruction to cuisine yet in the desserts episode I watched, not a lot of teaching appears to be going on. The cameras are more interested in showing contestants flustered and failing (over quite basic techniques) and Corrigan and Erskine displaying more cruelty than critique.

What makes predictable formulaic TV actually translates very well in Penguin’s series tie-in book. With recipes credited to Richard Corrigan, I suspect much of the text is ghost written and Erskine’s presence is limited to a couple of photos and having her name above some tips pages.

That said, this is an informative book that will challenge most home cooks to try out new techniques and less obvious ingredients. There are lots of step by step photos and plenty of detail to talk you through. I also like how many recipes indicate in bullet points which skills you are utilising.

Sections are broken down into starters, fish, meat and desserts and further still into basic, intermediate and advanced. Ultimately there is the super advanced section featuring recipes from other chefs including Nobu’s Mark Edwards and Cake Boy’s Eric Lanlard.

The how-to picture guides cover skills such as ravioli with home made pasta, tempura batter, making a tea smoker, prepping ingredients such as fish, meat and fruits and baking madeleines.

Writing as someone reasonably experienced cooking cakes and desserts, the super advanced puddings are no more testing than you’d get set by The Daring Kitchen. The tipsy trifle, for example, calls for home made jelly with real fruit and gelatine, your own sponge, custard and whisky cream. None of which is difficult but it’s pushing you to make components yourself instead of cutting corners.

A how-to picture guide to making the spun sugar featured alongside Eric Lanlard’s “super advanced” apple souffles is a frustrating omission. A four line explanation of this is inadequate in a book that finds space to tell you how to remove the core from a pear and slice apples. Surely anyone can work out how to de-core fruit yet I’d defy anyone to work out how to spin sugar without help.

However, as a rounded cookery book, this gives the detail you might have found in a 1980s Readers’ Digest part work but in a far sexier format. This is a book I will definitely turn to for expanding my repertoire when trying to cook chef-ier starter and main courses.

Some input from higher profile chefs would have been nice, a couple of the choices seem quite obscure to me, it also looks like Erskine might have been drafted in last minute before publication else surely someone usually so photogenic would have been utilised more even if her own cookery skills were not taking centre stage.

Verdict – Don’t waste your time on the TV series but the book is well structured and has much to teach.

With thanks to Penguin for the review copy of ‘Cookery School’ with recipes by Richard Corrigan. This book is out now, published by Penguin hardbacks, RRP £20. 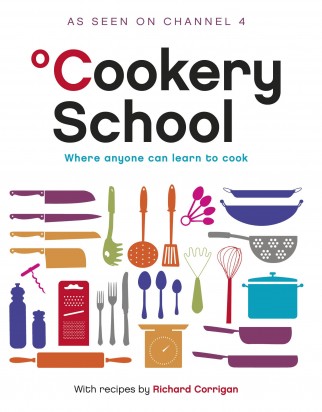