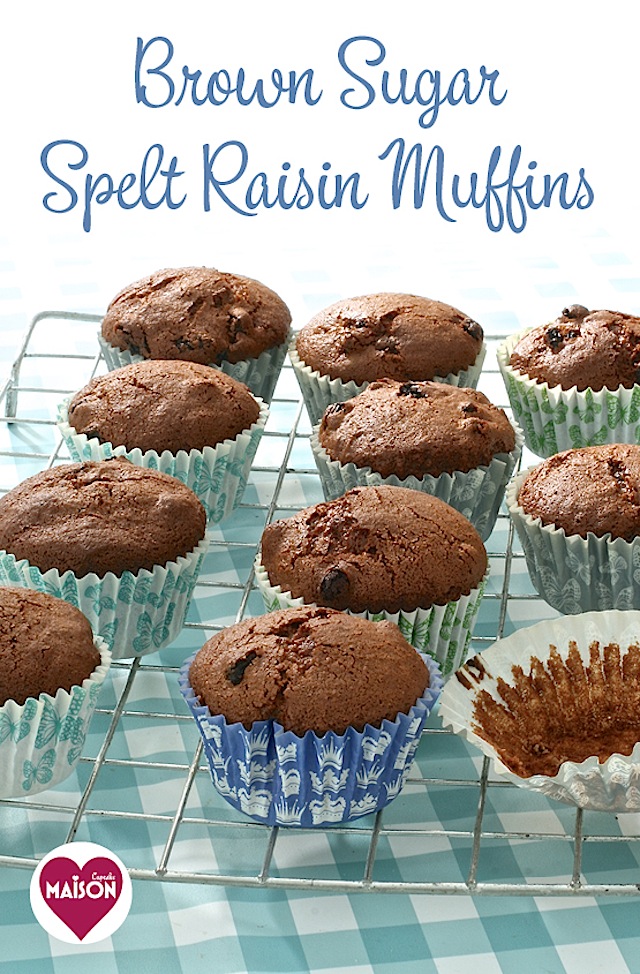 Muffins are something I bash out quickly… rather like this blog post! The boys have both been poorly this week and the lack of time to myself is beginning to pall.

I actually made these first time around in plenty of time for Laura and Nazima’s One Ingredient Challenge and in fact this is the third time I made the same spelt muffin recipe in one month. 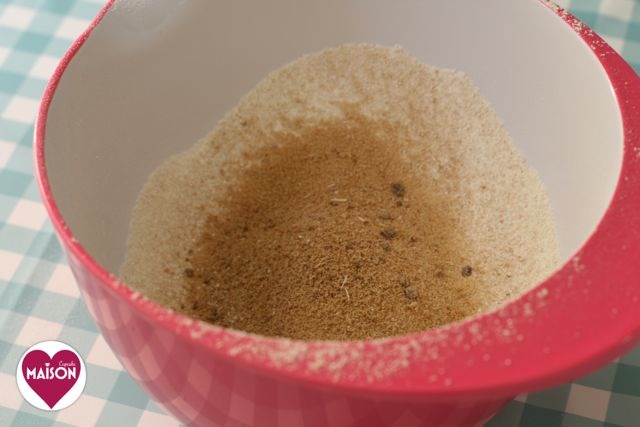 First time I had a brainstorm and only put the oven on way too low, they cooked eventually but refused to rise.

So I made them again that afternoon and burnt them. 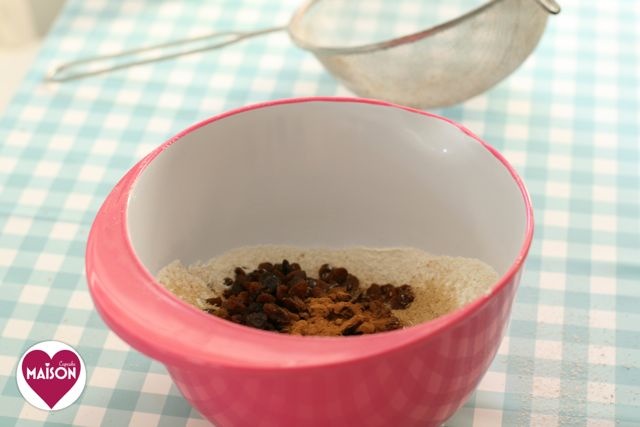 This is what happens when you try to do too much at once. I’ve decided to only work on one project in the kitchen at a time, although when you’re required to make three meals a day that don’t coincide with the baking blog, the windows to face baking as well as the household chores are narrow enough to induce multi-tasking in the best of people. 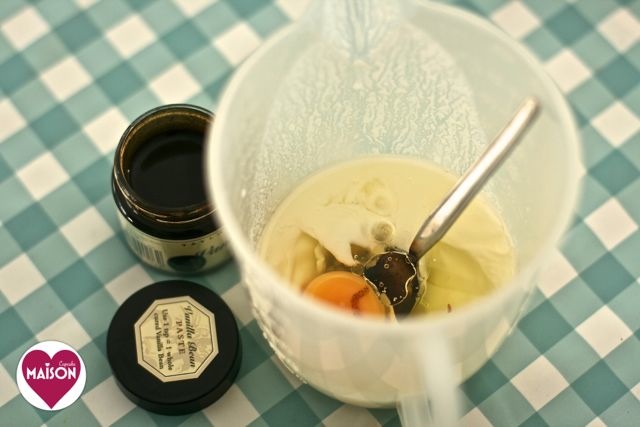 You might have noticed I’ve been running a separate blog for the family food over at Dinner With Crayons… I’ve decided that I will be bringing more of the family food stuff over to Maison Cupcake – hence the new logo that’s more emphasis on the Maison and less on the Cupcake.

Dinner With Crayons will continue as it was originally meant to be… somewhere to plonk quick snaps with quick recipes rather than the more detailed picture based posts I write here. Think of it like the “More Four” digital TV channel. Or Dmax rather than ITV! (Speaking of which – have you seen Brandon and Lori on Storage Hunters? My husband and I are totally gripped with a mania for trash TV lately). 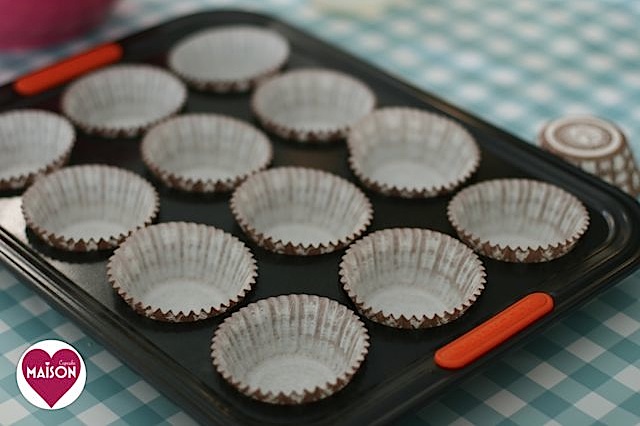 Thus it turned out that these lovely brown cases from Squires Kitchen were not the ones featured in the main picture of finished muffins.

These brown pattered cases were used on the flat squidgy muffins and thereafter I was using a mix of colours all from Squires’ Kitchen that I received via their fabulous sugarcraft show back in 2012.

I like using them because they’re a good size, they keep their shape and do not go greasy on baking. The only other muffin case I can say that about is Lakeland however the Lakeland muffin cases mostly come in plain white (although they do a rainbow selection sometimes which I grab!). 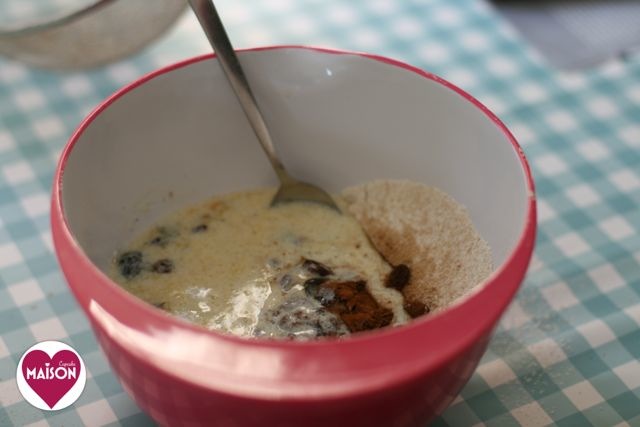 Back to the mix…. what I liked about this batter was how the bicarb of soda seemed to fizz up more than usual. I don’t know if that was down to the combination of yogurt. 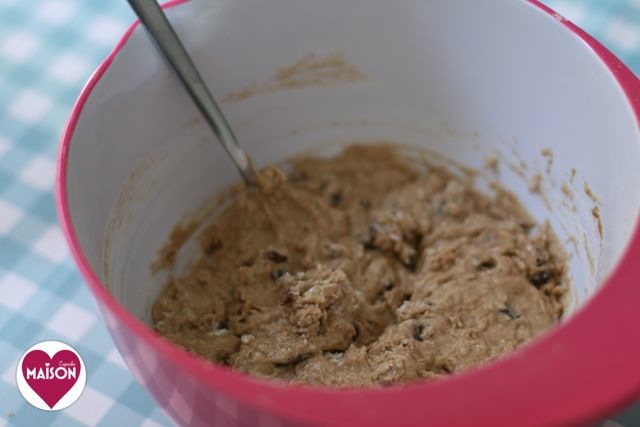 With the deadline for One Ingredient looming I also realised there was a double bubble opportunity of dried fruits at Karen and Kate’s Tea Time Treats event too. 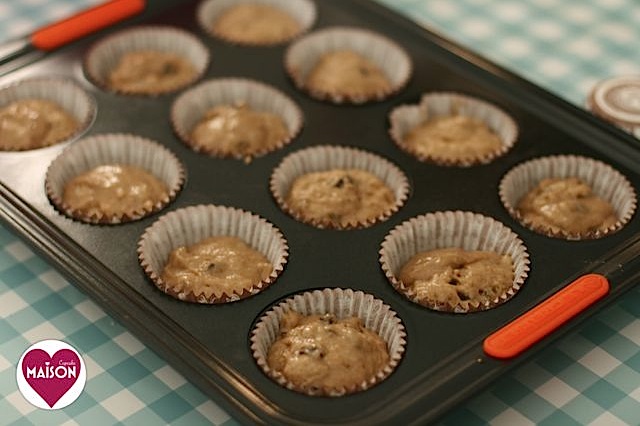 Brown Sugar Raisin Spelt Muffins
Makes 10-12 depending how big you want them.

1. Preheat the oven to 200c / Gas 6. Mix the dry ingredients into a bowl; flours, cinnamon, baking powder, bicarbonate of soda and salt. Stir together.

2. In a separate bowl mix the egg, yogurt and oil. Fold the two sets of ingredients together until almost combined then add the sultanas and fold in again until just combined.

3. Bake in paper cases in a 12 hole baking tin for 12-15 minutes. Allow to cool slightly before transferring to wire rack to cool completely. 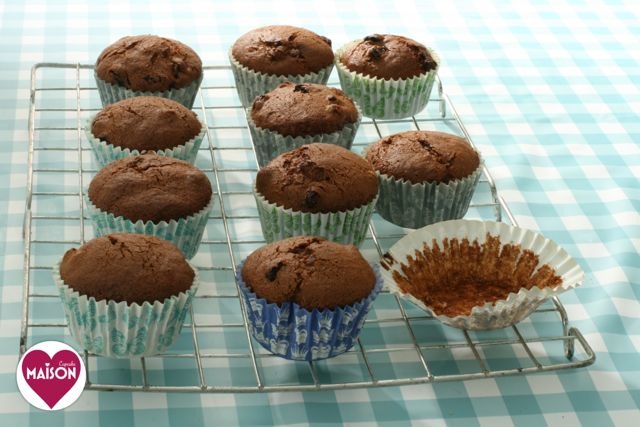 As entered into Karen and Kate’s Tea Time Treats (dried fruit) and Laura and Nazima’s One Ingredient (vine fruits) challenges. 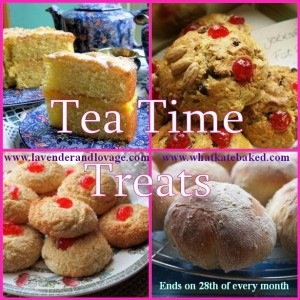 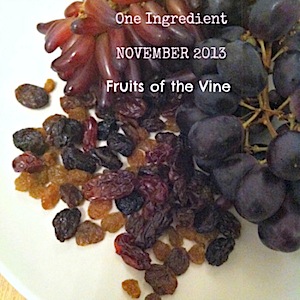