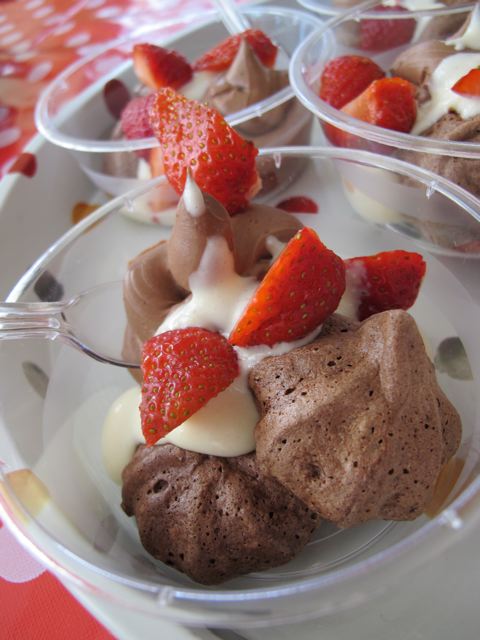 As a slack Daring Baker of late, I’m surprised I’ve not been kicked out. I keep having other cakes due on the 27th when we post our challenges and have not been organised enough to get DB finished and written up first. The March and April challenges didn’t inspire me and I was away for May’s spectacular croquembouche. 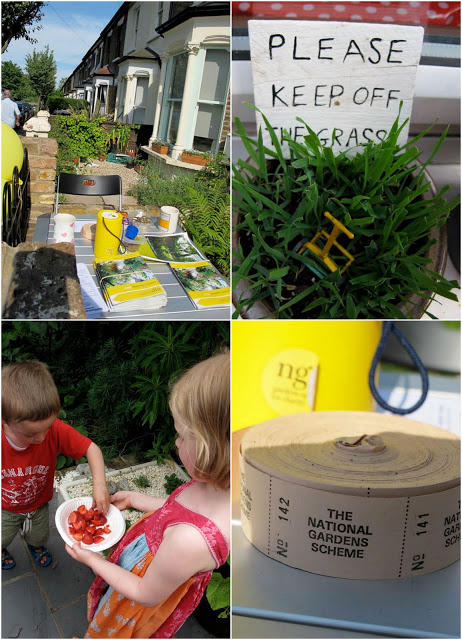 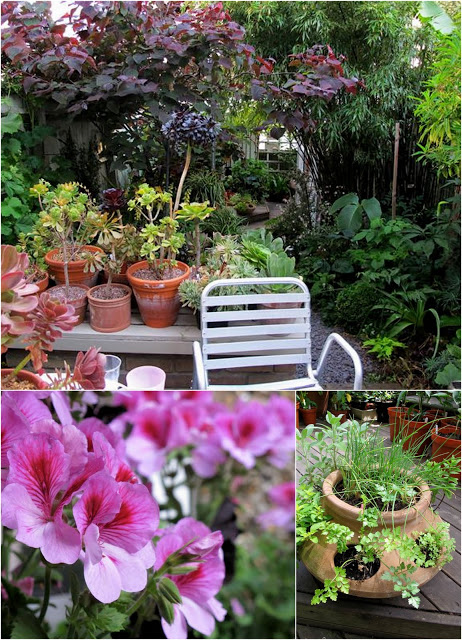 This month I had motivation to not just complete the June challenge, but to share it with lots of people. Friend and neighbour, gardening writer Martyn Cox, had asked me to provide refreshments for his open garden event last weekend. 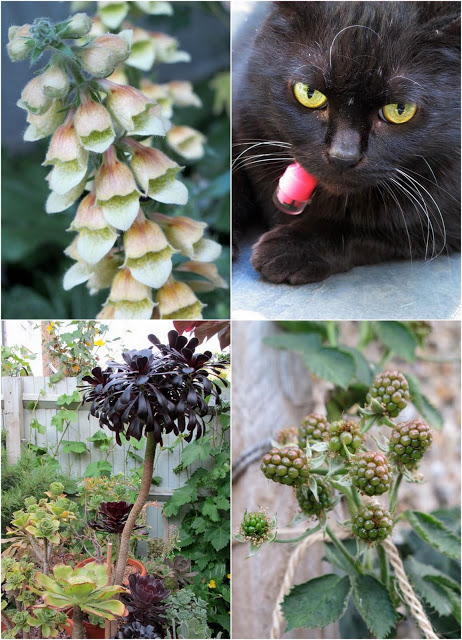 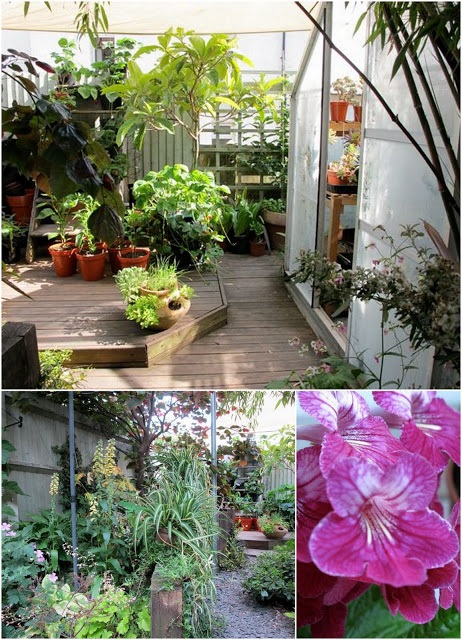 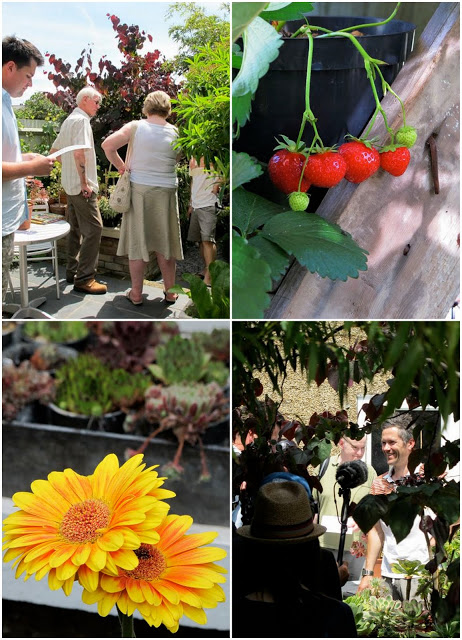 A published author of several gardening books and regular columns, his 25 foot garden featured in this year’s Royal Horticultural Society’s Open Garden Scheme. The RHS had highlighted his urban plot as one of particular interest and keen gardeners travelled considerable distance to see the wide variety of plants and be inspired to create a little oasis of their own. 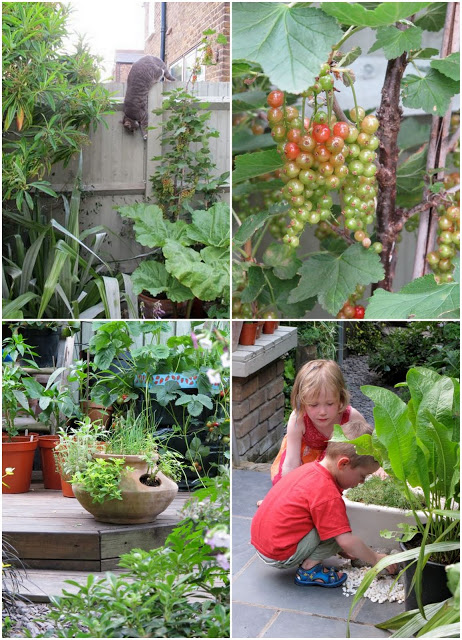 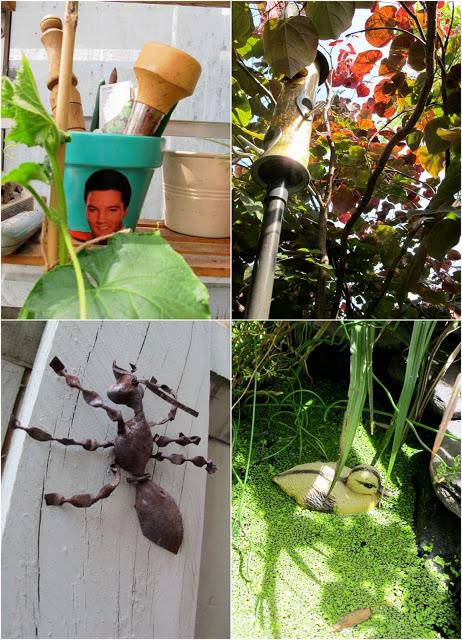 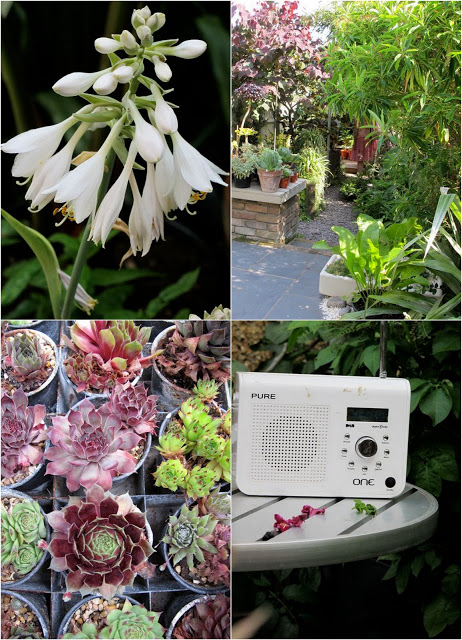 With scorching sunshine forecast, not to mention that football match, it was tricky gauging how many visitors there would be and how much baking to do. 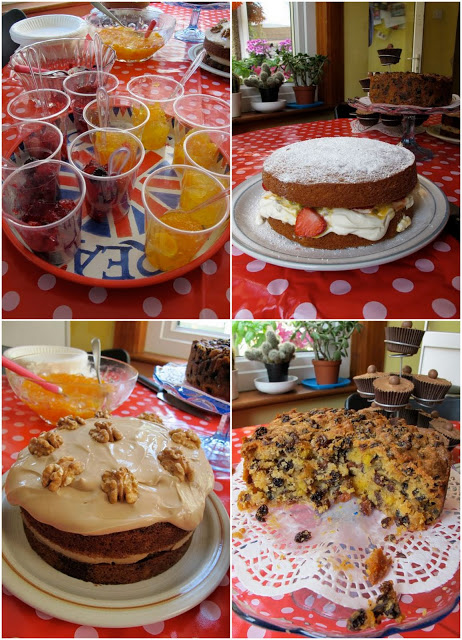 I opted for one proper cake, two dozen cupcakes, the pavlova and mousse served in individual portions backed up with two types of jelly and a couple of big tubs of ice cream. Another neighbour had baked two further cakes and it was the perfect quantity.


As this is already a big post, I will show you the marzipan cake and cupcake recipes in separate posts shortly. 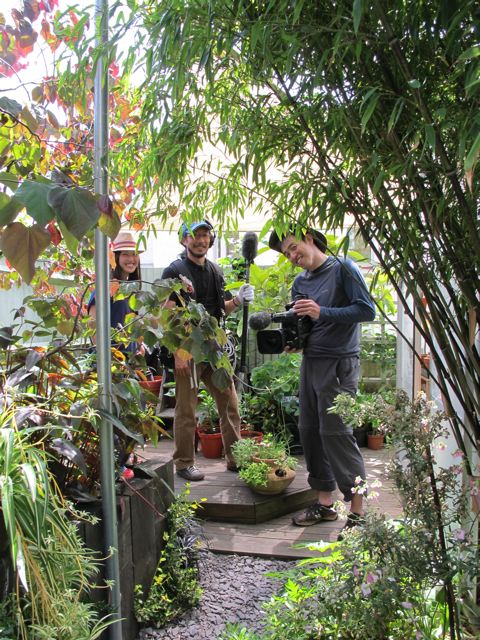 Over 100 people trooped in, many captured on film by a Japanese film crew making a documentary about the scheme.  I was filmed piping mousse into plastic pots so you heard it here first – Maison Cupcake’s television debut will be on a prime time slot on the Japanese equivalent of BBC1 this autumn! 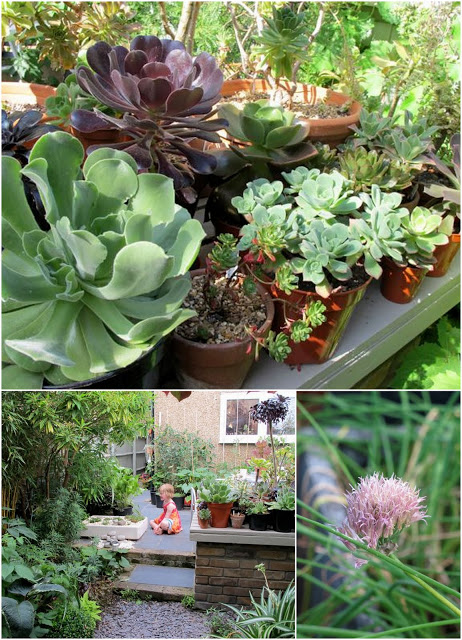 A quick announcement: the Matcha Chocolate giveaway was won by Natalie at Afternoon Tea Total.  There has been a delay announcing as the first winner did not respond to claim their prize. Natalie’s blog is all about tea so it’s highly appropriate that she has won. 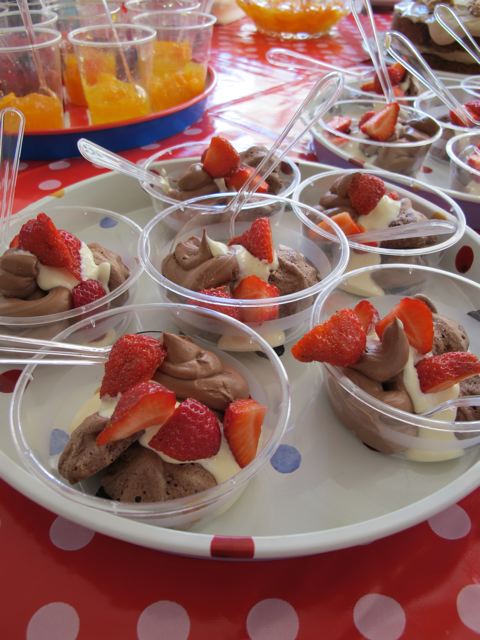 The June 2010 Daring Bakers’ challenge was hosted by Dawn of Doable and Delicious. Dawn challenged the Daring Bakers’ to make Chocolate Pavlovas and Chocolate Mascarpone Mousse. The challenge recipe is based on a recipe from the book Chocolate Epiphany by Francois Payard.

The recipe comprised three parts, four including the crème anglais and five if you were bonkers enough to make your own mascarpone (see February’s tiramisu). We were required to make the pavlova, mousse and mascarpone cream using the recipes provided but could sub alcohol with fruit juice and use alternate crème anglais recipes if we wished. 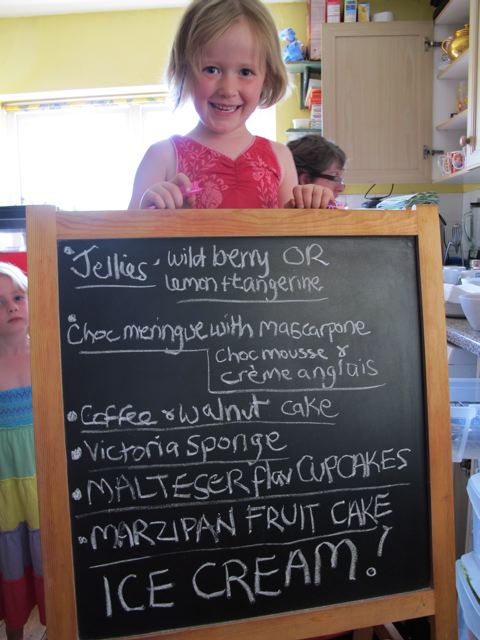 Unlike some other recent DB challenges which have necessitated items sitting around overnight, this challenge could be made in 2-3 hours from start to finish. I cooled my crème anglais in a sink of cold water to speed things up.

As I was in a hurry I stuck to the recipe as it was but I omitted the alcohol and piped my meringue as small biscuits since I was serving the dessert in individual pots on demand.


I still haven’t found my nerve to leave meringues gooey in the middle. I’m always terrified they’ll tear when removing them from the baking sheet. Oh well, some day I’ll master it. 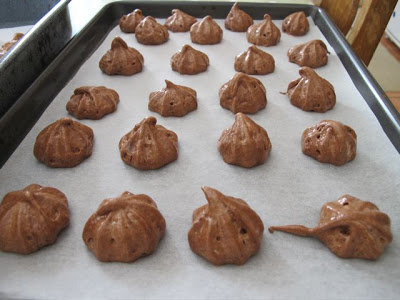 Method:
1. Place a rack in the center of the oven and preheat to 200º F (95º C) degrees. Line two baking sheets with silpat or parchment and set aside.
2. Put the egg whites in a bowl and whip until soft peaks form. Increase speed to high and gradually add granulated sugar about 1 tbsp at a time until stiff peaks form. (The whites should be firm but moist.)
3. Sift the confectioner’s sugar and cocoa powder over the egg whites and fold the dry ingredients into the white. (This looks like it will not happen. Fold gently and it will eventually come together.)
4. Fill a pastry bag with the meringue. Pipe the meringue into whatever shapes you desire. Alternatively, you could just free form your shapes and level them a bit with the back of a spoon. (Class made rounds, hearts, diamonds and an attempt at a clover was made!)
5. Bake for 2-3 hours until the meringues become dry and crisp. Cool and store in an airtight container for up to 3 days.

Recipe 2: Chocolate Mascarpone Mousse (for the top of the Pavlova base):

Method:
1. Put ½ cup (120 mls) of the heavy cream and the lemon zest in a saucepan over medium high heat. Once warm, add the chocolate and whisk until melted and smooth. Transfer the mixture to a bowl and let sit at room temperature until cool.
2. Place the mascarpone, the remaining cup of cream and nutmeg in a bowl. Whip on low for a minute until the mascarpone is loose. Add the Grand Marnier and whip on medium speed until it holds soft peaks. (DO NOT OVERBEAT AS THE MASCARPONE WILL BREAK.)
3. Mix about ¼ of the mascarpone mixture into the chocolate to lighten. Fold in the remaining mascarpone until well incorporated. Fill a pastry bag with the mousse. Again, you could just free form mousse on top of the pavlova.

Method:
Prepare the crème anglais. Slowly whisk in the mascarpone and the Sambucca and let the mixture cool. Put the cream in a bowl and beat with electric mixer until very soft peaks are formed. Fold the cream into the mascarpone mixture.

Recipe 4: Crème Anglais (a component of the Mascarpone Cream above):

Method:
1. In a bowl, whisk together the egg yolks and sugar until the mixture turns pale yellow.
Combine the milk, cream and vanilla in a saucepan over medium high heat, bringing the mixture to a boil. Take off the heat.
2. Pour about ½ cup of the hot liquid into the yolk mixture, whisking constantly to keep from making scrambled eggs. Pour the yolk mixture into the pan with the remaining cream mixture and put the heat back on medium. Stir constantly with a wooden spoon until the mixture thickens enough to lightly coat the back of a wooden spoon. DO NOT OVERCOOK.
3. Remove the mixture from the heat and strain it through a fine mesh sieve into a bowl. Cover and refrigerate until the mixture is thoroughly chilled, about 2 hours or overnight.

Assembly:
Pipe the mousse onto the pavlovas and drizzle with the mascarpone cream over the top. Dust with confectioner’s sugar and fresh fruit if desired. 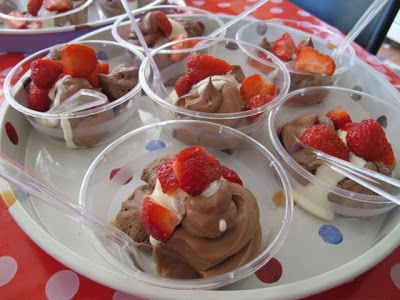