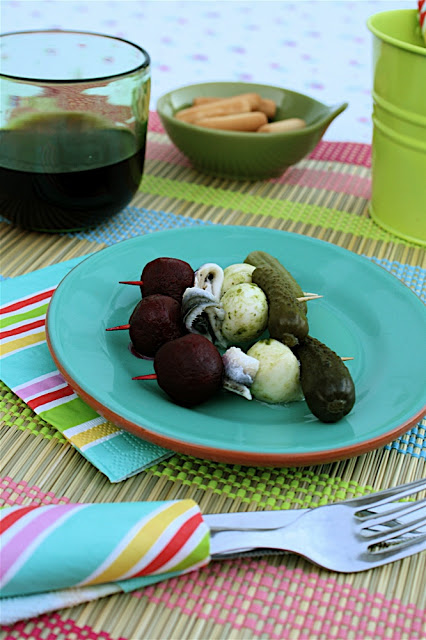 A few weeks ago I published a mackerel salad using beetroot as seen at the Baxter’s Afternoon Tea Party.

Today, as promised, here are two further dishes with beetroot.  The salsa is less aggressive than most,  fruity with apple rather than chillied. Scooped up with tortilla chips it’s a more-ish appetiser you could serve before a main meal. The salsa can be made with any kind of beetroot although the bocquerones, hardly a recipe but my own creation, look more aesthetically pleasing using rosebud variety. You could use any kind of pearl mozzarella, my choice was a basil flavour one from the pre-packed deli section at Morrison’s. 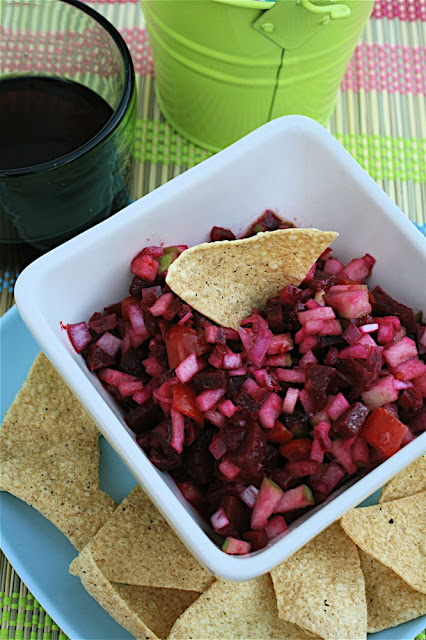 It might not be authentically Spanish but I have wanted to assemble something on sticks including anchovy ever since seeing them a Sainsbury’s magazine feature on tapas several summers ago. Bocquerone, so far as I can establish, is the Spanish word for anchovy rather than a recipe itself but these appetisers were called bocquerones in the magazine and the name has stuck in my head. It’s now my word to denote an appetiser featuring rolled anchovy and whatever other items you have to hand on a stick.


What would you like to thread on a stick? 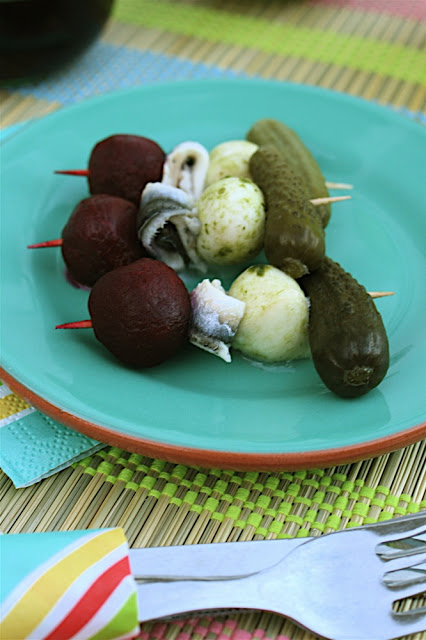 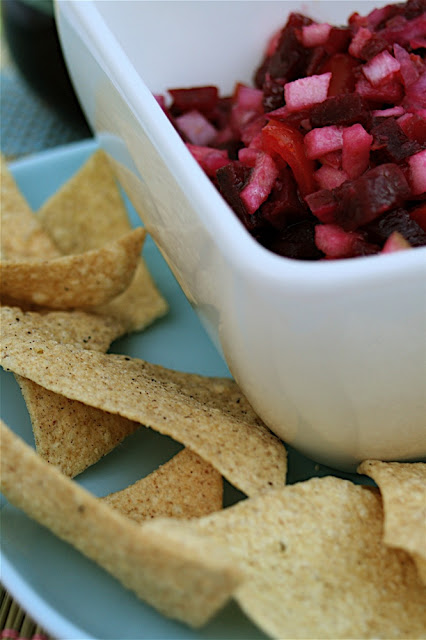 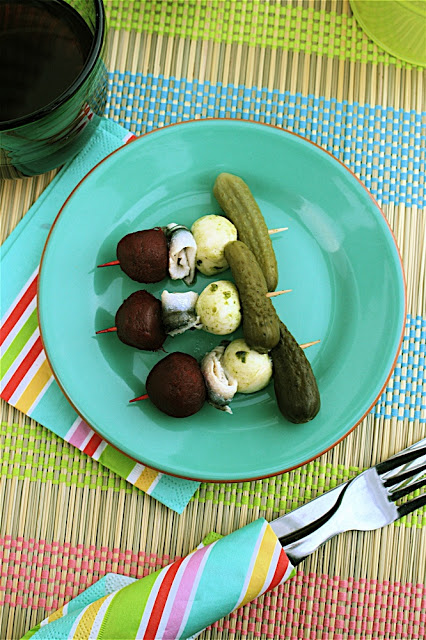 « When I went to Cybermummy (and won a holiday)
Waitrose Christmas food range: top treats to try »