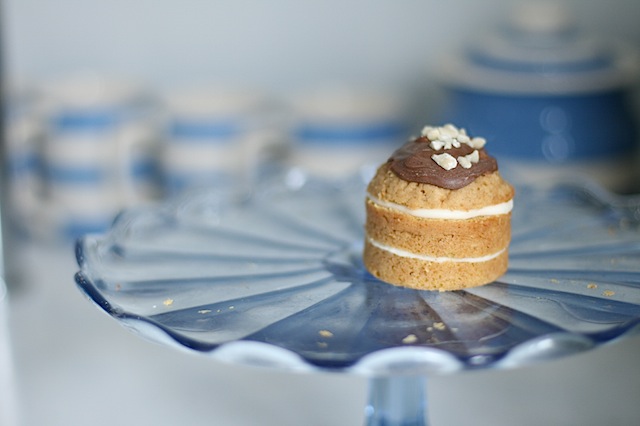 Seriously, don’t worry if you cannot find the recommended cinnamon extract or cinnamon paste to make this maple cinnamon buttercream. You can make your buttercream taste just as cinnamon-y with ordinary ground cinnamon powder.

Nevertheless, if you are in the UK, do take a peep at Morrisons. Hunt out the cinnamon paste from their Food Fusions range. I first discovered it two years ago and the best way to describe it is a heavy cinnamon jam. It’s the consistency of nutella but strongly cinnamon flavoured. It’s also a very pleasing shade of deep red.  The weirdest thing about this cinnamon paste is that it’s a supermarket own brand product. I know of no main brand equivalent. Never have I found the stuff sold or made anywhere else.

Ways to use cinnamon buttercream 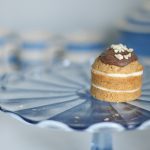 This maple and cinnamon buttercream can be used for cupcakes or to sandwich together layers of my mini pumpkin cakes.
Prep Time10 mins
Total Time10 mins
Servings: 12 swirled or layered mini cakes (or 24 flat iced cupcakes)
Author: Sarah Trivuncic