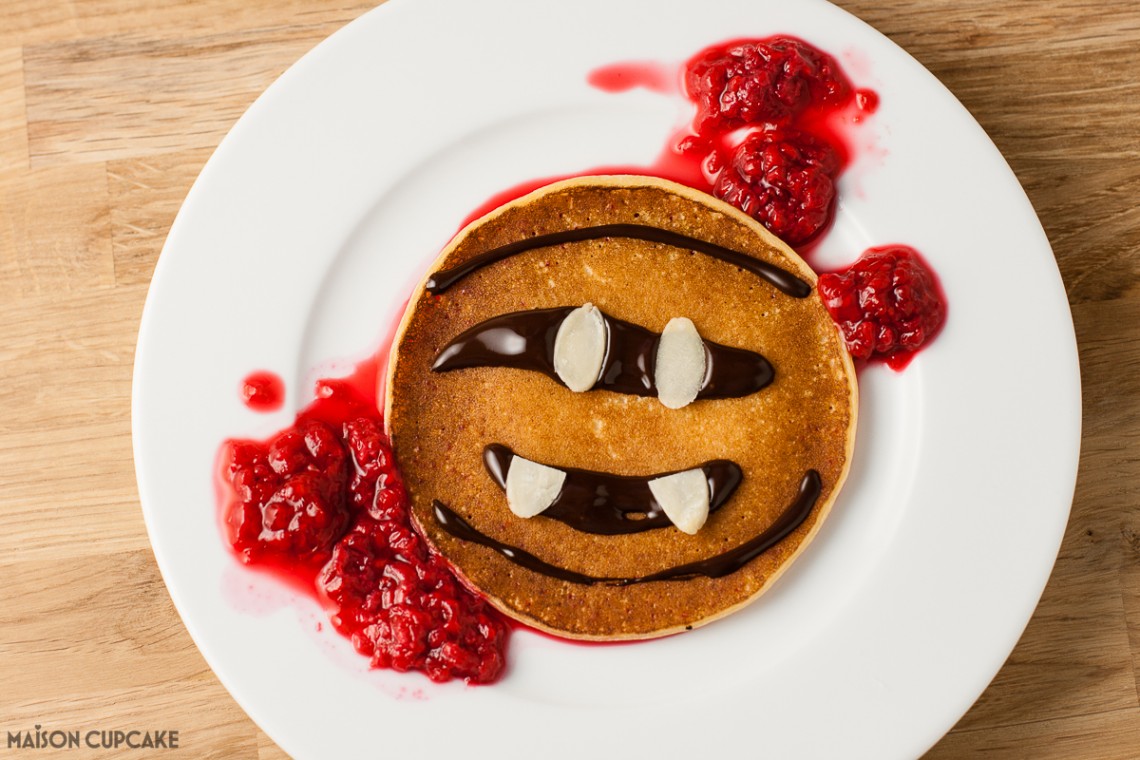 Have you ever tried pancake art? Me neither and I never imagined it could be so tricky. I figured having piped movie character cookies it would be a doddle. 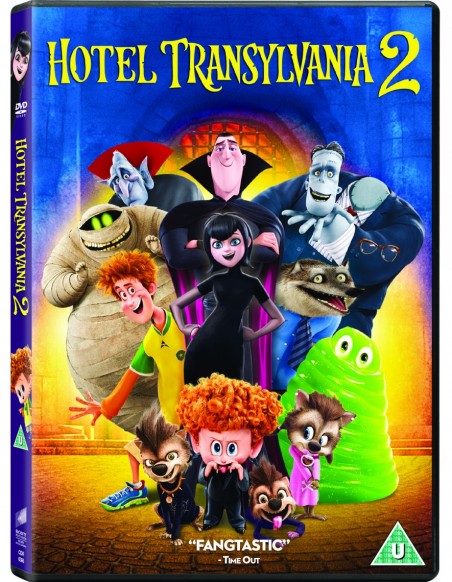 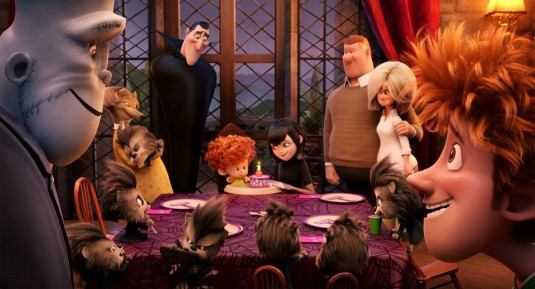 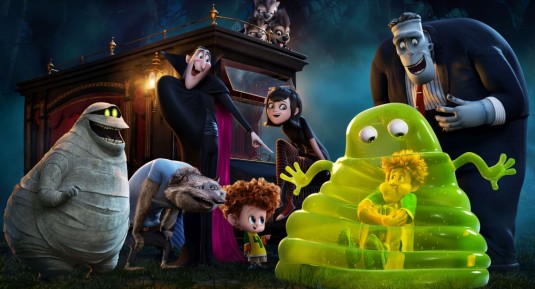 So when I was asked to create some monster pancakes to celebrate the launch of kids animated comedy sequel Hotel Transylvania 2 I didn’t expect it to be too blood curdling a task.

Hotel Transylvania 2 is a cartoon equivalent of a Munsters or Addams Family type entourage. You can take a peep at the trailer here. 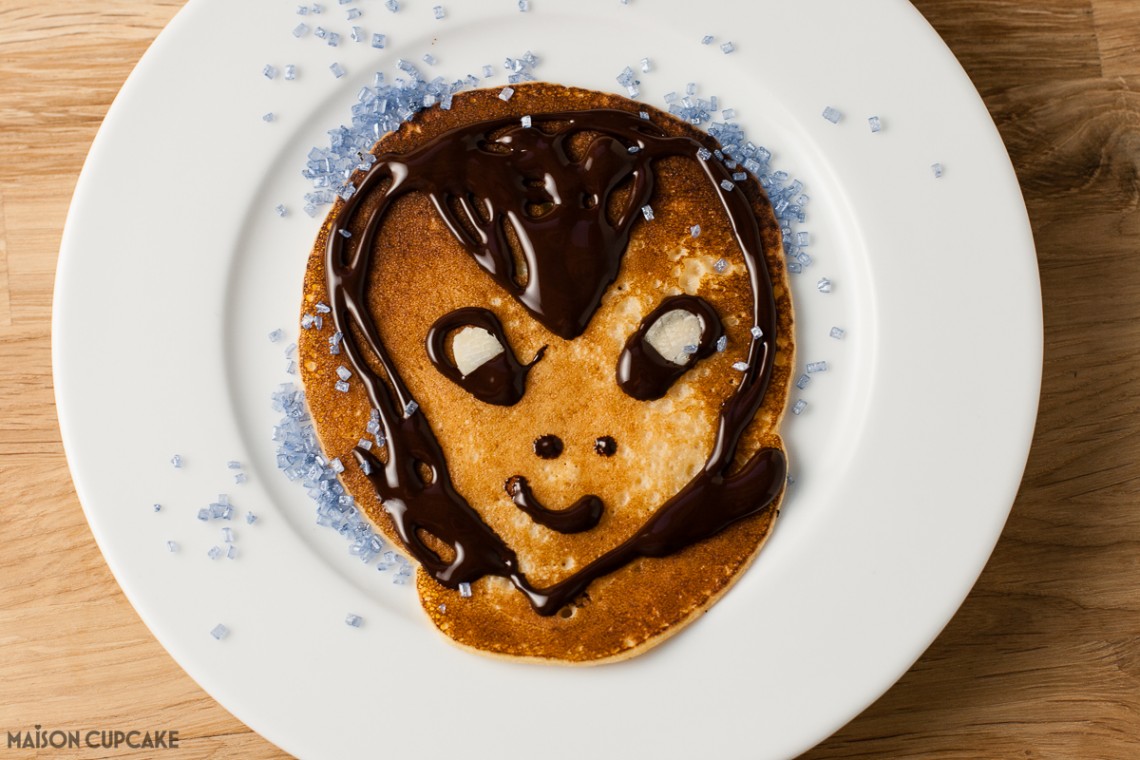 But by goodness pancake batter is WAY less predictable to work with than royal icing. So I take my hat off to the guy who makes this awesome pancake art shown below:

Having failed miserably to replicate this technique myself – the batter was too runny then when I thickened it for the lines, the thickened stuff wasn’t going as dark even though it had cooked longer. I gave up and resorted to good old chocolate and sprinkles. 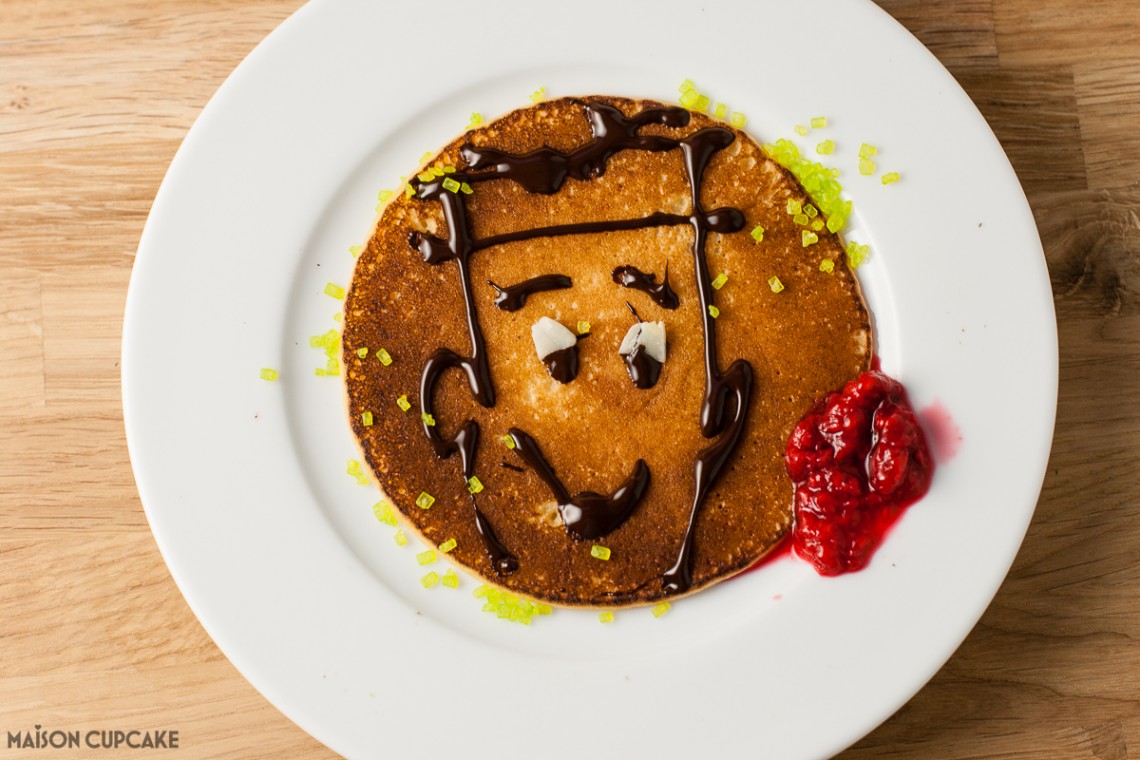 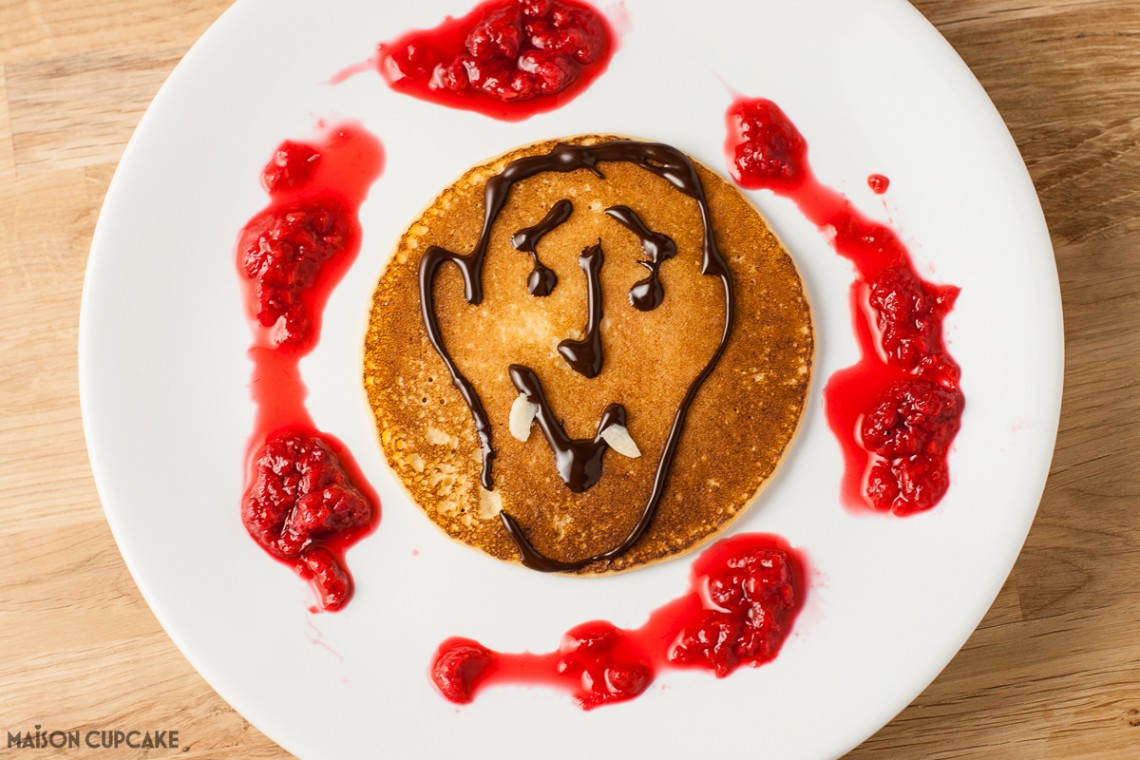 This guy is my favourite – the vampire surrounded by blood with flaked almond teeth. 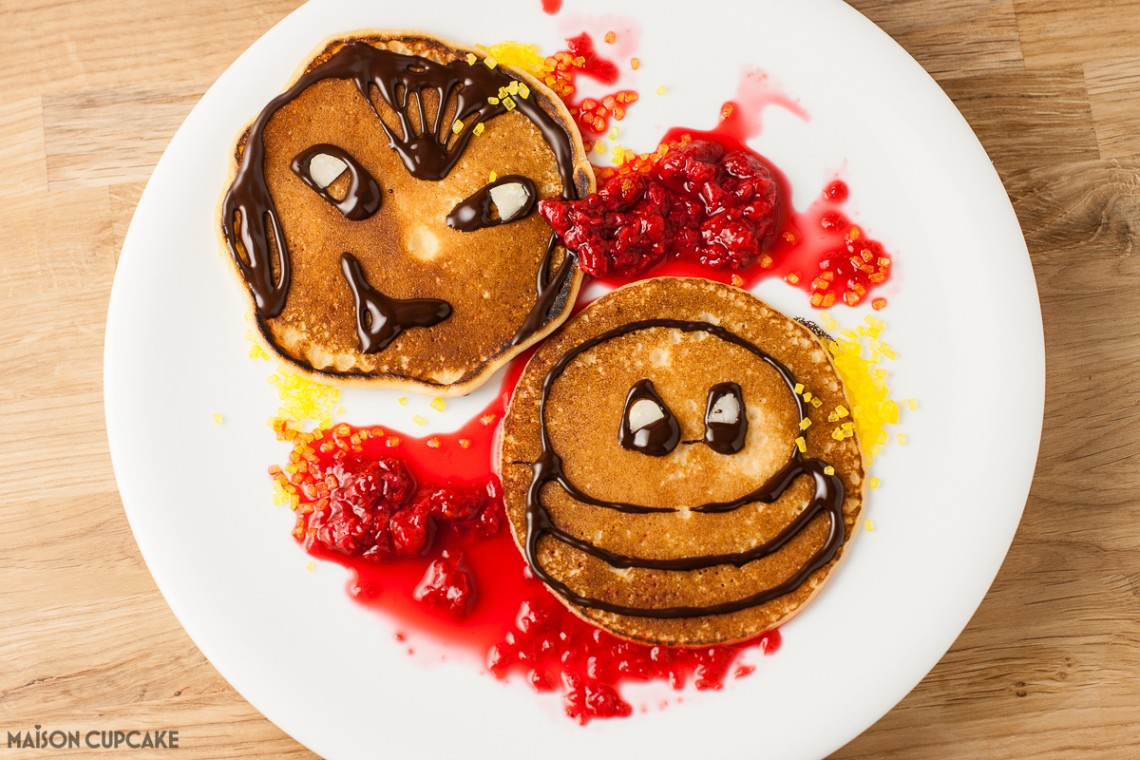 And I had two goes at the vampire gal with the neat bob – here she is with the strange jelly character. 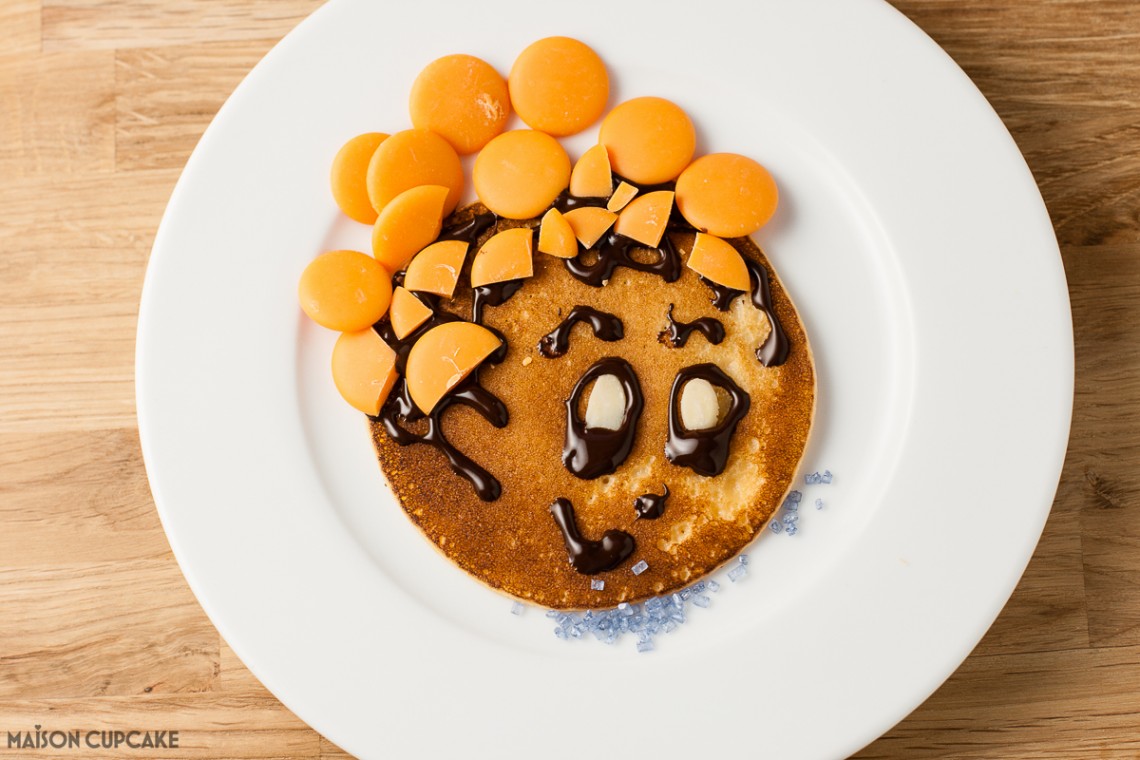 For for the curly haired ginger kid I used orange chocolate buttons (these tasty very yummy).

Now obviously piped chocolate is going to melt so I’d recommend you assemble serve your character pancakes when cold and then briefly microwave them again to warm them up.

I hope you don’t have too monstrous a time flipping pancakes tonight and get a chance to see the movie. 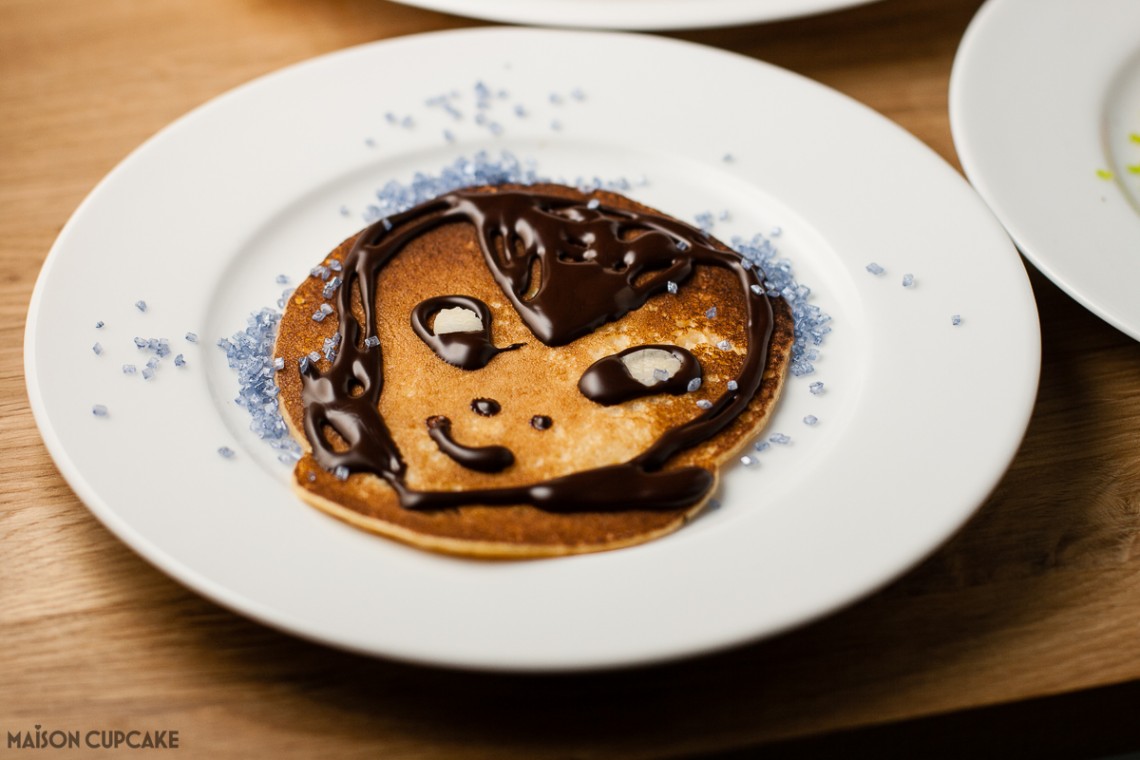 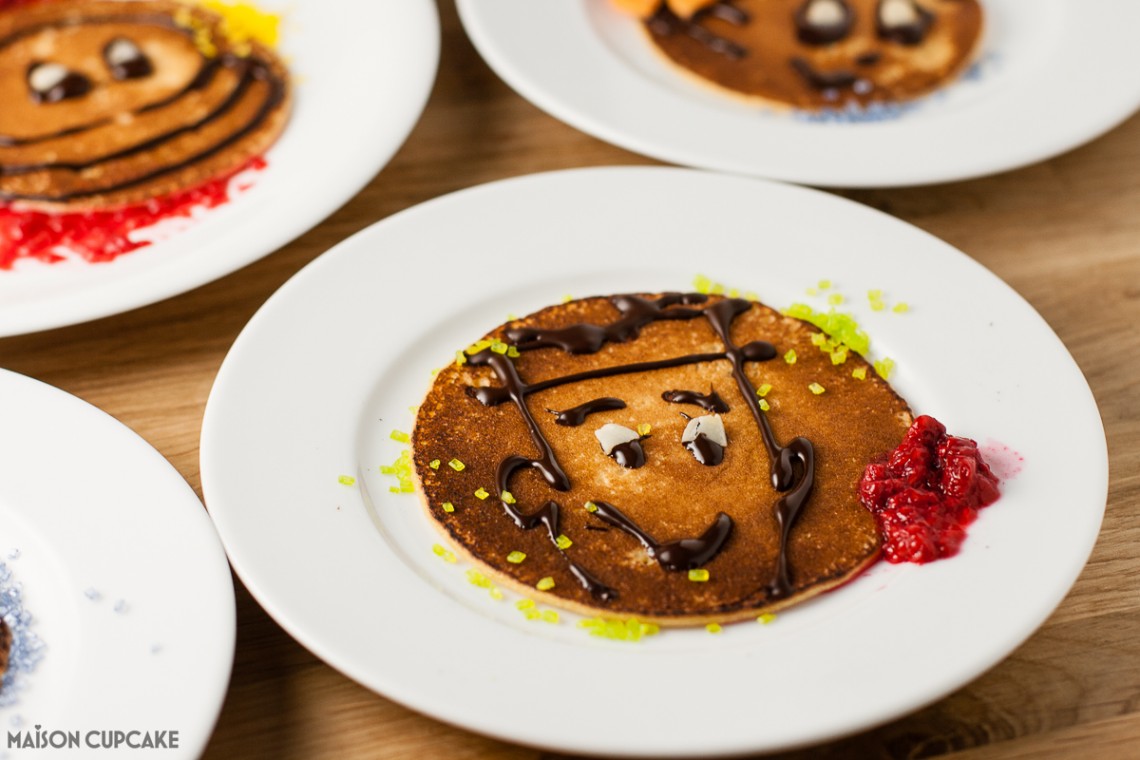