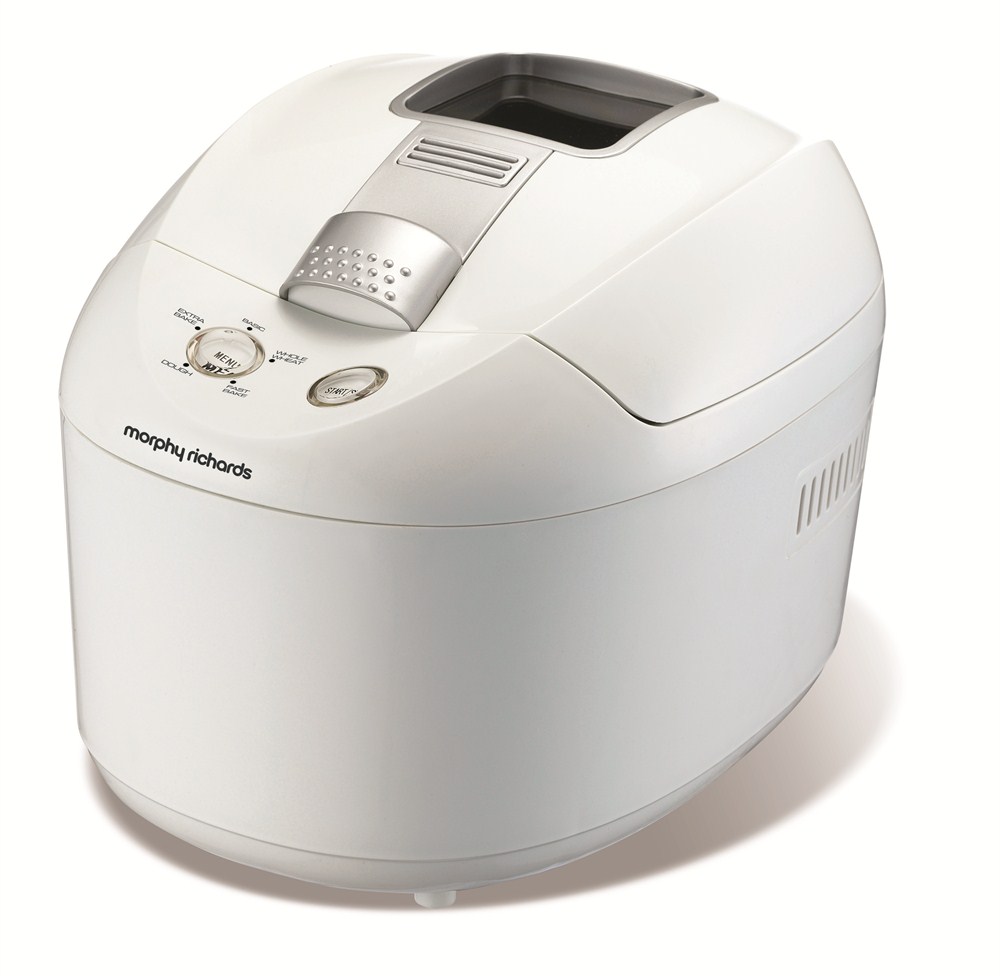 A guest review by Rose, my latest as part of the Morphy Richards Home of the House Proud Innovator’s Scheme.

Having received and reviewed the Morphy Richards Accents One Cup – and still loving it, I was taken with how Morphy Richards produces smaller and “boat friendly” kitchen items that really suit a scaled down lifestyle. Hence my jealousy with Sarah’s larger Morphy breadmaker that she has reviewed before.

Imagine my delight when research revealed a much smaller Morphy Richards Daily Loaf breadmaker designed to produce just a 1lb loaf, in a machine barely larger than a toaster. Aimed at one or two people, who want to prepare a smaller than average loaf, on an almost daily basis. Before you buy one, consider is this size loaf big enough for you?

I read the leaflet, and bought the basics. Strong bread flour, skimmed milk, and fast acting yeast. I set about my first ever loaf; I did a plain white one. It was amazing. You HAVE to follow instructions to the letter, but I loved the result. Perfect texture, and cut really well. Not heavy, just tasty. I was surprised.

It will do dough for pizzas, or just mix and knead, so you can take the dough out and cook it as rolls in the oven. It does do gluten free, but I haven’t tried yet. You can use breadmaker recipes from a book, but suggest you get used to teh leaflet recipes first. Full cycle takes 90 mins. There’s a fast setting of just over an hour, but that produces a slightly heavier texture.

OK the paddle gets stuck in the bread every time, not just occasionally as they say, but its’s so easily removed with the handy little hook provided it scarcely matters. My second loaf bore no resemblance to bread, as I forgot the yeast, but subsequent ones have been exceptional, and I really don’t buy bread any more. I’ve tried a ready mixed pack, sun dried tomato and cheese, which is good when you can’t be bothered to even weigh stuff; and a raisin one. I am in love with this machine, and will not be parted from it!

So long as you are sure this really is big enough, its a wonderful little gadget. 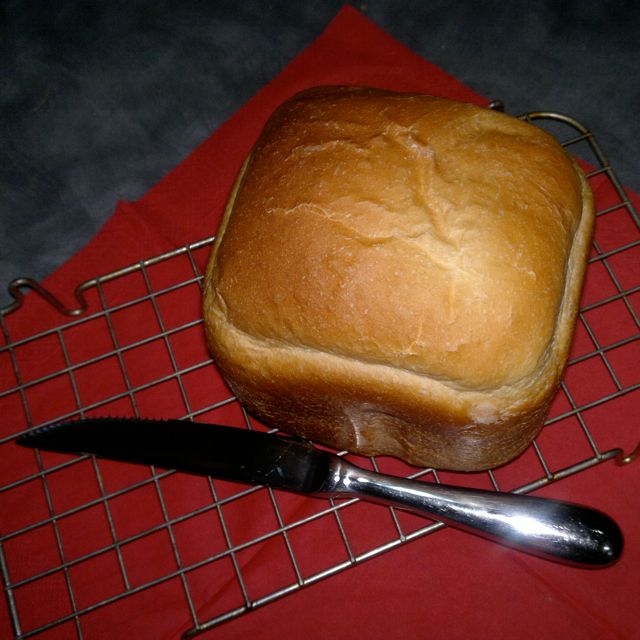 Cons….
• The measuring beaker provided has marked levels but they are very difficult to read. I have put stickers on mine to make it easier.
• There is no timer to count down. It switches off but you have to note when its likely to, so can’t for example set it to come on and off while you’re out or in bed.
• As you need to add the ingredients in order, you could do with having 2 of the teaspoon sized measures, else you have to wash and dry it after the oil, to add the yeast. ( you could get your own extra measures)
• It’s a nuisance that the beater sticks in it, but it really is easy to remove with the supplied hook.
• Recipe leaflet is informative and contains everything, but a small book would look better and easier to use . Better still laminated cards.
I really can’t think of any other cons.

Pros…
• Small loaf so you can eat it all and not throw any away. Fits in a sandwich bag with a zip top, and store in fridge.
• Stays fresh when correctly stored, longer than I thought it would. Several days.
• Machine is quiet
• Quick production, and very easy to use.
• Seems to work fine with pre mixed packs, just make sure of the amount. ( ie use half a small bag and reduce water accordingly)
• Fits easily on worktop, or I’ve put mine on top of the microwave.

Morphy Richards “Daily Loaf ” is on sale at most electrical suppliers or online for between £45- £50 pounds. With thanks to Morphy for the review model. 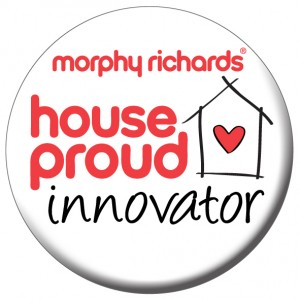