This speculoos cupcakes recipe is to celebrate the recent arrival of Biscoff style speculoos spread in UK shops! 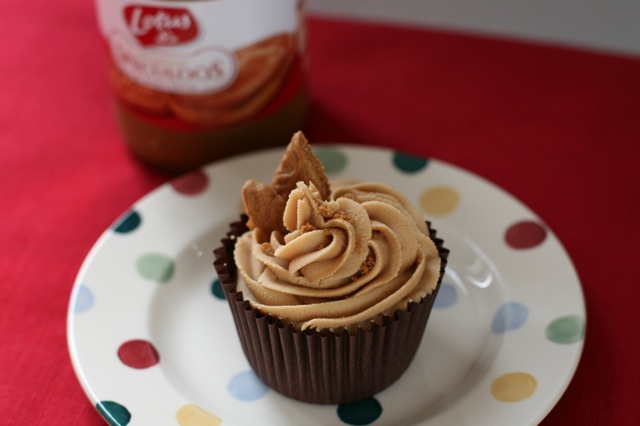 Speculoos spread, once only sold in Europe is now available at Waitrose. Speculoos biscuits are spicy golden biscuits sold as Lotus biscuits in the UK. You may be familiar with them as the little oval biscuits in cellophane packs served with coffee.

Speculoos spread is a similar consistency to smooth peanut butter or Nutella – but with the added benefit for those with nut allergies of not containing nuts. In common with Nutella, fans of speculoos spread wax lyrical about eating it direct from the jar on a spoon.

To flavour the cupcake sponges I have used here koekkruidden, a Dutch spice mix that lends itself beautifully to baking, especially for a speculoos flavour. The Steenberg’s version of the blend is made up of ground cinnamon, ginger, cloves, cardamom and aniseed.

If you cannot get hold of koekkruiden then use this list as a guide to blend your own mix. And if the staff in Waitrose don’t know what Speculoos spread is, try asking for ‘Lotus spread’ or ‘Lotus caramelised biscuit spread’. Take care however googling images of ‘lotus spread’ as I ended up discovering a rather racy minx with lacy knickers sprawled over the bonnet of a sports car (!) 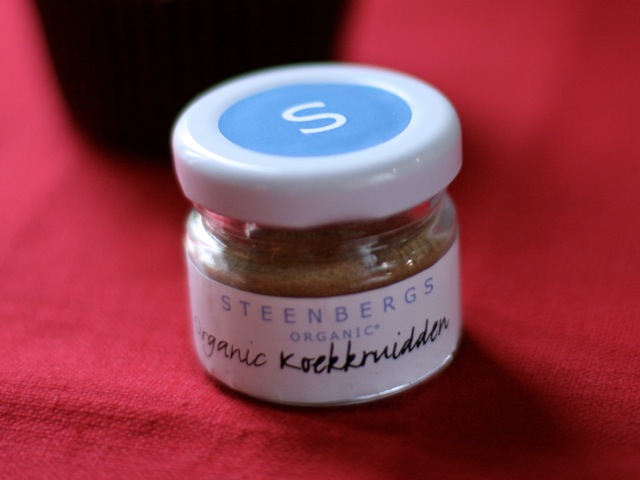 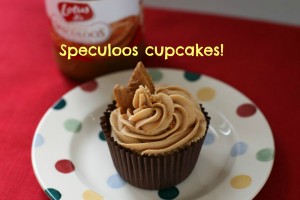 Clarification: This is not a sponsored or a review post. I bought my own speculoos spread on holiday in France. 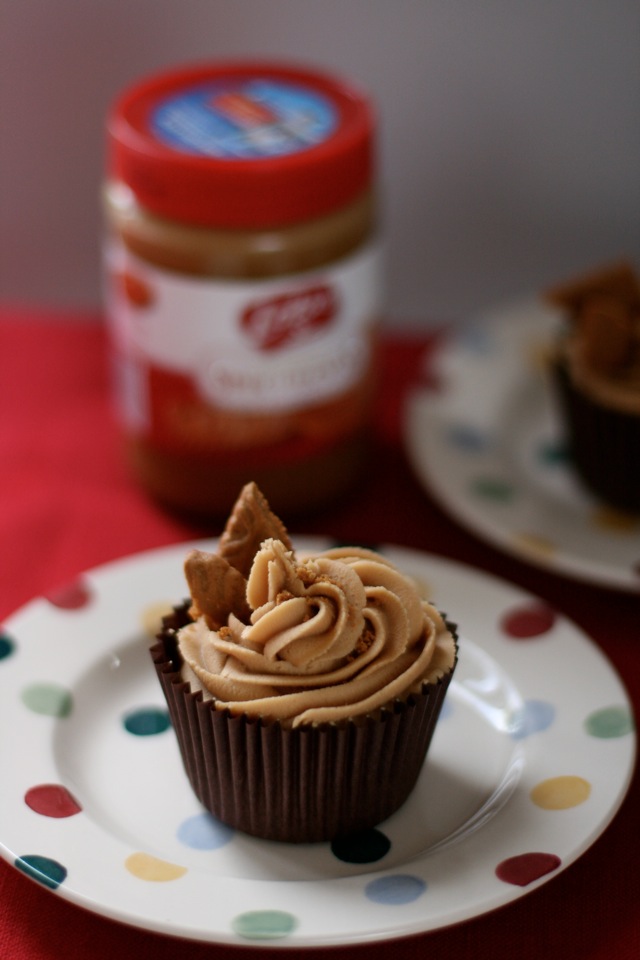