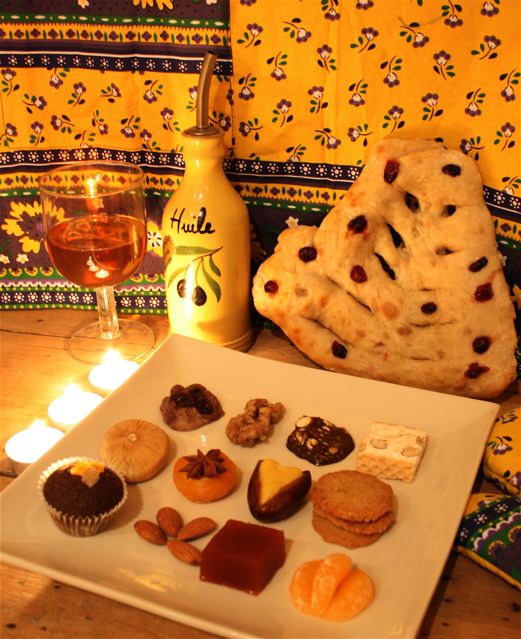 My own version of the 13 desserts of Provence this Christmas

Provence is dear to my heart, I first visited in 1997 and have been back almost every year since. I have been to Arles for Easter, where I saw Provencal ladies dressed in these beautiful costumes but thus far not visited at Christmas. I would love to attend midnight mass at Les Baux de Provence, close to my beloved St Remy de Provence.
Looking for images depicting Provence at Christmas I contacted Jose Nicolas who was kind enough to let me reproduce images from his Flickr stream. Enjoy his pictures – they are the perfect backdrop for my Christmas post. The 13 desserts of Provence are traditionally eaten before attending midnight mass on Christmas Eve. 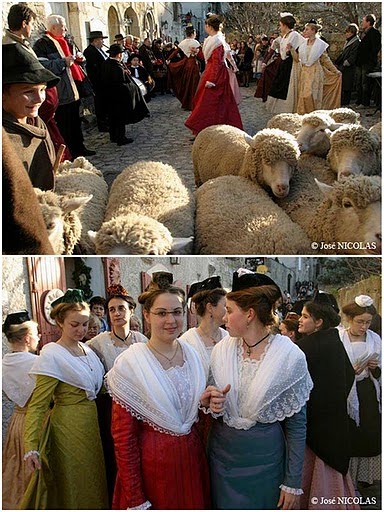 The 13 Desserts of Provence

“The four beggars” or mediants/friars

“The Olive Oil Pump” is a pastry made with olive oil such as fougasse or a brioche made with orange flower water. The bread should be broken as Jesus did at the Last Supper. Superstition dictates it should not be cut with a knife – supposedly to prevent bankruptcy in the New Year. 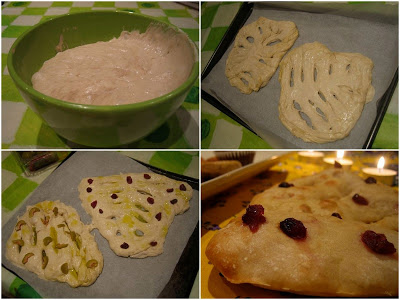 Two types of nougat: black and white to represent good and evil.

Six remaining items of the 13 desserts of Provence

The six remaining items are made up of a selection of other fruits, nuts and pastries including any of the following items:

A sweet dessert wine such as Beaumes-de-Venise would be served alongside the 13 desserts of Christmas. 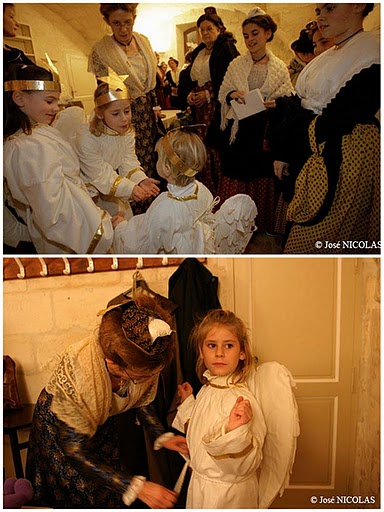 Preparations for the midnight mass nativity.
Images reproduced with permission from Jose Nicolas
My selection of 13 desserts has been chosen with this month’s “In the Bag” in mind, a monthly challenge being jointly hosted by Julia Parsons’ “A Slice of Cherry Pie” blog and Scott the “Real Epicurean” celebrating seasonal ingredients. This month’s ingredients were nuts, cranberries, satsumas or clementines. With the exception of cranberries, all of these items would be found in the 13 desserts and I decided that if I used dried cranberries of fresh, this would still be in keeping since the Provencal feast always features dried fruit.

Traditionally, an entire table would be heaving for a family to enjoy a little of each of the 13 desserts together; children are encouraged to name and taste all the items and might not be allowed to leave the table until they have done so. I have even read that the 13 desserts remain on the table for 3 days until December 27.  However, my husband and I did not want to stuff ourselves silly on dried fruit and nuts  so I have presented my version of the 13 desserts in a fairly minimal fashion, artfully arranged on a square plate alongside the fougasse. I feel this is more representative of the quantity one might feasibly eat after a large meal although it’s probably not in the spirit of having a burgeoning spread! 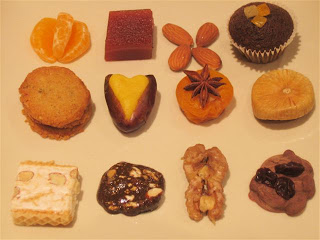 My version of the 13 desserts of Provence consists of (top to bottom, left to right): 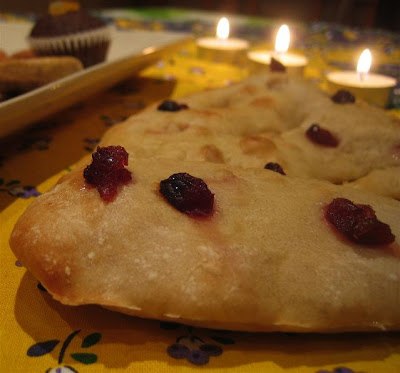 Many of these items require no more than an assembly job with the exception of: 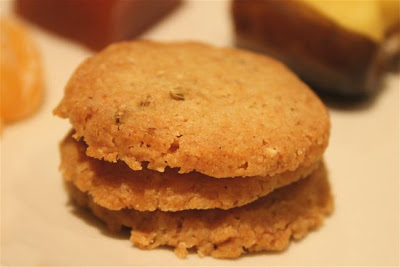 Cumin and Fennel Seed Sable Biscuits
Makes around 25-30
Sable is French for “sand” and these yellow biscuits are made in both sweet and savoury versions.  I have brought home tins of rosemary and thyme ones from biscuit “atelier”, Le Petit Duc in St Remy de Provence. These are flavoured with cumin and fennel after I read that savoury biscuits of this flavour were served as part of the 13 desserts.

Method:
1. Tip all the ingredients in a medium size bowl and rub the mixture between your fingers in the same manner as if making shortcrust pastry. When well mixed into clumps bring the mixture together into an elongated ball.
2. Spread clingfilm across your worksurface.  Roll your ball of sable mixture into a sausage shape around 20cm long and 5cm in diameter. Wrap the clingfilm around the sausage, this will help you form the shape without the mixture sticking to your hands.
3. Wrapped in film, chill the dough in the freezer for 30 minutes.
4. Preheat the oven to gas mark 4 / 180c. After the log has chilled, slice it into discs around 3/4cm thick and spread them out well on a baking sheet. Keep them away from the edge though as they might burn there.
5. Bake for 10-12 minutes until they start to go golden around the edges. When cooked, give them a few minutes to cool before transferring them to a wire rack. Store in an airtight tin. They might also be served  with an aperitif.

Having enjoyed all these goodies, it is time to go to midnight mass in the little church at Les Baux de Provence by way of some further images from Jose Nicolas. 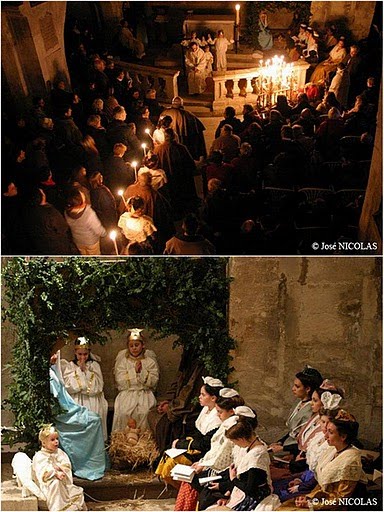 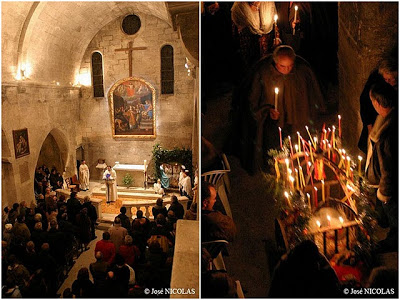 
I will be taking a break from posting until the New Year. See you in 2010. 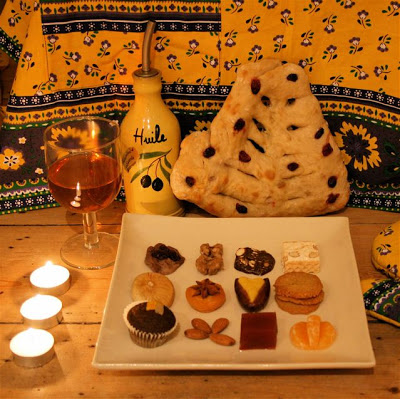 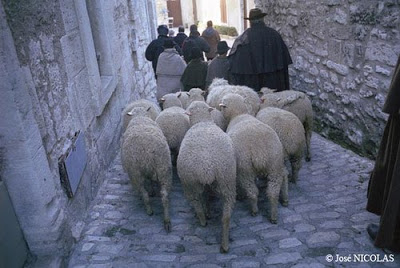