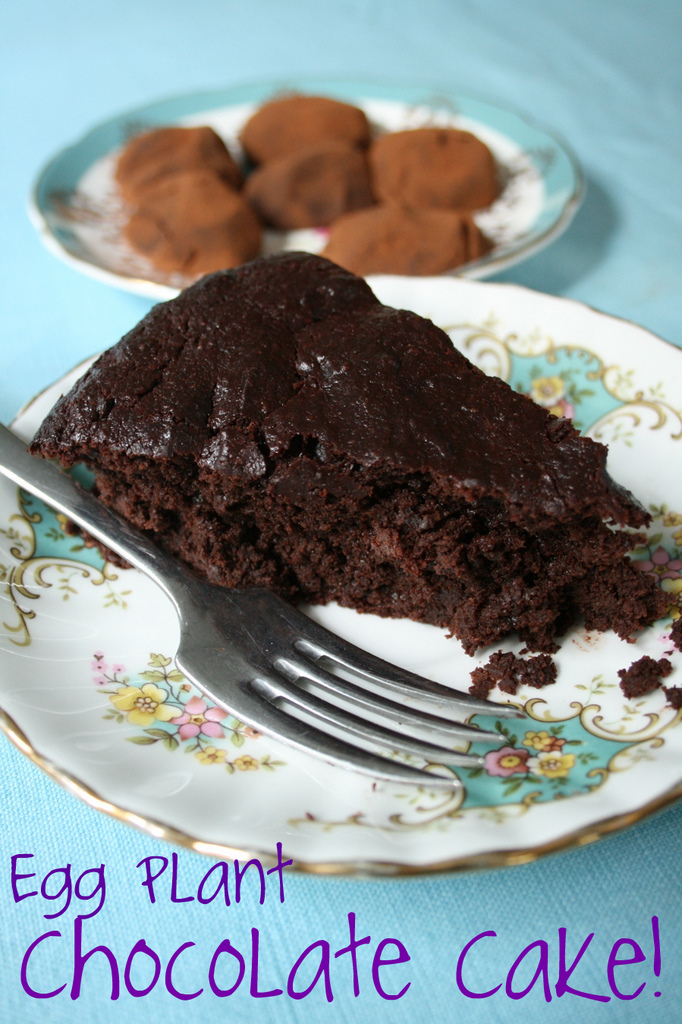 Eggplant recipes and chocolate cake are not normally something you’d expect to find in the same sentence but the beautiful cake you see above is made with aubergine (or eggplants depending what you call them).

The Heartache Chocolate Cake, featured in Harry Eastwood’s Red Velvet Chocolate Heartache claims to be the new healthier way to console yourself in times of heartbreak by softening the blow with… ahem! …cooked aubergine! You know. Those purple things. Vegetables.
Baking cakes with vegetables is more familiar than you might think.  Carrot cake is a perennial favourite.  Nigella Lawson even snook a courgette cake into How to be a Domestic Goddess.
Harry Eastwood’s Red Velvet Chocolate Heartache recipes suggests cakes made with all vegetables; carrots, turnips, courgette, butternut squash (see my previously blogged Peanut Butter and Chocolate Cupcakes ).  What they lack in butter they make up for in nuts and vegetables.  Rice flour is used instead of wheat flour.  Butter is only used for buttercream icing, where she concedes vegetables cannot compete.
As I cook my way through several Harry Eastwood recipes from Red Velvet Chocolate Heartache, it seems fairly non negotiable that I cook the book in the title. Since I recently made Rachel Allen’s Red Velvet cake, it had to be the latter.
But before we get into a purple rage with the heartache chocolate cake, listen how I was frustrated with Eastwood’s Beetroot Chocolate fudge. 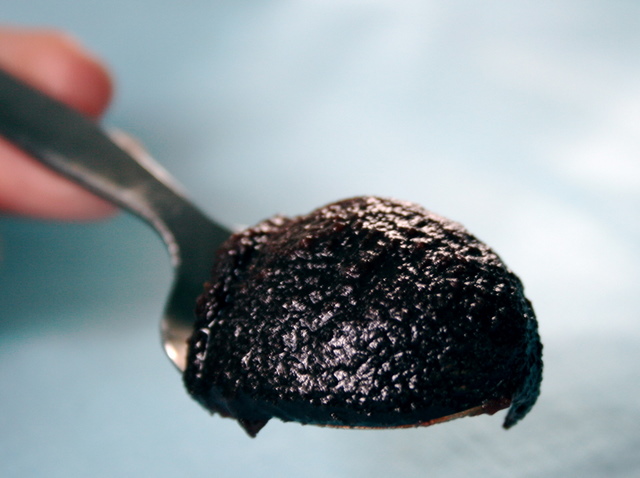 Making Beetroot Chocolate Fudge. Thick. Dark. Not exactly handsome.
Harry Eastwood’s Beetroot Chocolate Fudge recipe comes with a warning; ” You will spend an Olympian amount of energy, first stirring, then beating this fudge.”
Slicing beetroot makes me feel Lady Macbeth enough but here pureed beetroot is required. The scene in my kitchen is not unlike John Travolta and Samuel L Jackson’s blood spattered car in Pulp Fiction.
I covered my blender with cling film before buzzing away.
The beetroot and chocolate flavour of the fudge is great with dark red brown colour but it refuses to set.  Harry Eastwood recommends “at least half an hour to cool”.  Mine was in the fridge overnight and still the consistency of Nutella. This was particularly baffling as I used 30% less condensed milk than she said (I err on the side of caution with all liquids in recipes).  To salvage I rolled balls in cocoa powder to make truffles. 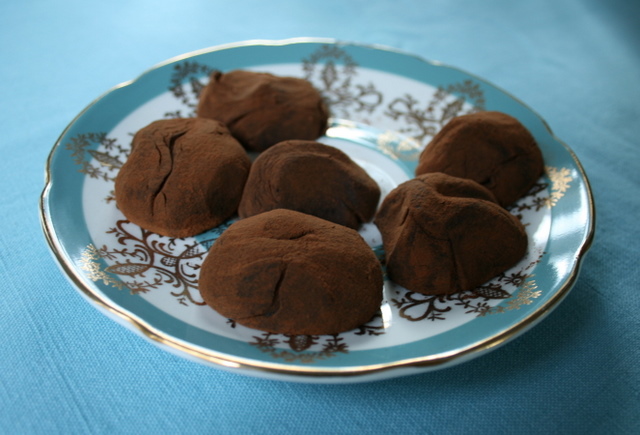 Beetroot Truffles… instead of fudge.
The Heartache Chocolate Cake recipe requires you to microwave aubergines and remove their skins with a knife but peeling the skins first with a potato peeler is easier. More whooshing in the blender follows.  No wonder aubergine is never suggested as a baby weaning food – it doesn’t look very nice.
The Harry Eastwood recipe prescribes 30 minutes in the oven mine was still wet in the centre after 50 minutes. Knowing the same would be true with brownies I decided this was long enough.
The author assigns whimsical characters to the various cakes in Red Velvet Chocolate Heartache, “This cake is sad.  It’s dark and drizzling down the window panes, she puffs her chest in hope when she goes into the oven; she then breaks like a chest heaving a sob.“
My version did not collapse however I suspect the food stylist for the book presented this cake smashed up on the plate as it probably broke when removed from the tin. 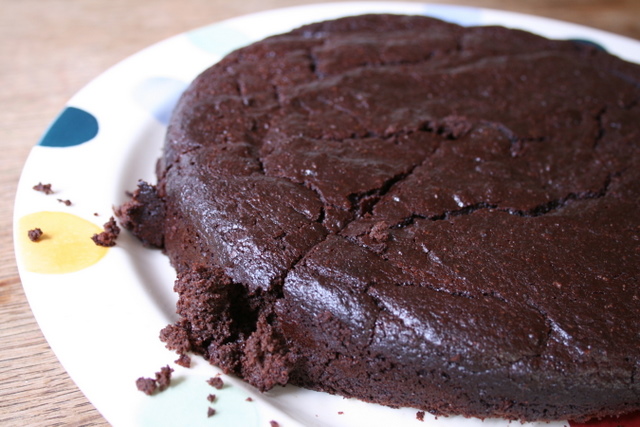 Crumbly chocolate cake… the slightest touch with the knife has her in pieces…
The aubergine chocolate cake tastes like a big bitter brownie.  It’s very dark and soft; my 2 year old loved it. Harry Eastwood’s “Eeyore of the vegetable world” brings little more than damp squelch to the party. Given a choice between this and any other chocolate cake I cannot honestly say I would opt for this one again.
The two plates in the top picture are from my collection inherited from my Grandma Kitty.

See how I got on making other Harry Eastwood recipes.