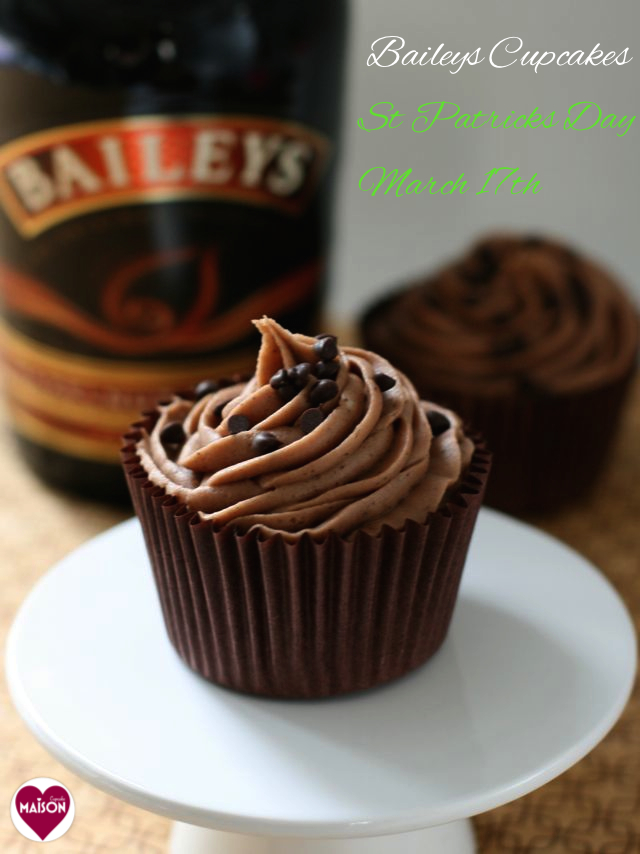 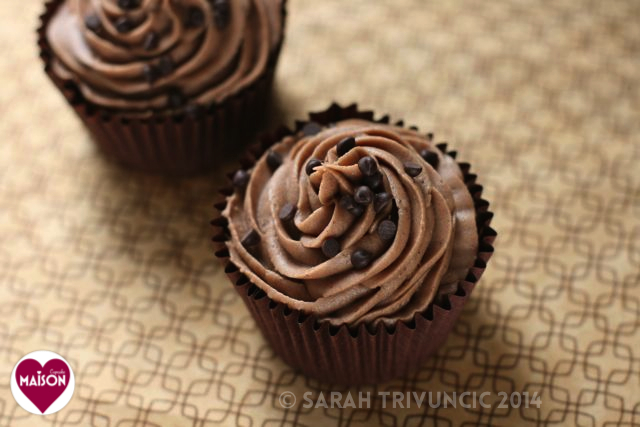 Making Baileys cupcakes for a wedding

Last month a friend of a friend wanted 100 cupcakes for her wedding and also a simple white cake to slice. We discussed lots of interesting flavour combinations for her big day and one of my favourites was Baileys cupcakes with Baileys buttercream icing.

The Baileys cupcakes which featured my favourite cream liqueur in both their buttercream and sponge bases.

The tricky thing about making a large quantity of cupcakes is that you have to start work as late as possible in order that they be as fresh as possible. I baked five batches of cupcakes from dawn til dusk although annoyingly I had to make a 3.5 hour emergency dash to Bluewater in the middle of the day due to cupcake case problems (I may do a post about this issue on it’s own, it really needs pictures to explain it properly) and then it was time to collect Ted from preschool so the baking did not recommence until evening. From the early hours of Friday I was decorating them until they were ready for collection mid afternoon. 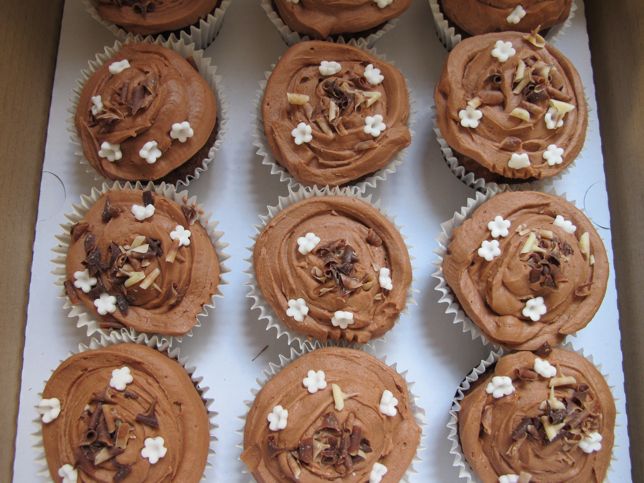 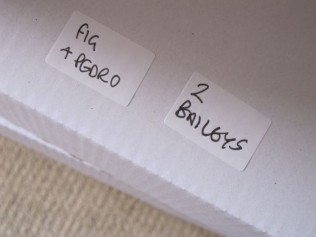 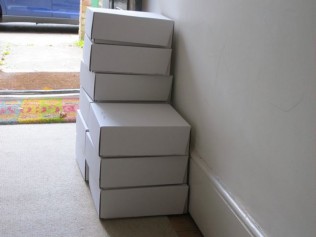 Phew. I felt quite emotional when I saw them all stacked up in the hallway waiting to leave!

You’ll notice these wedding cupcakes are not white – the five flavours were each a different colour but presented in white broderie anglaise cupcake wrappers and decorated with the same white fondant flowers (hand stamped by my fair hands, all 600 odd of them!). I am hoping to get a picture of all five flavours shown on their cake stands at the venue from the bride when she’s returned back from her honeymoon.

So tell me, when were you last up against the clock? Did you make your deadline?

Print
Prep time
20 mins
Cook time
20 mins
Total time
40 mins
You will also need: 12 hole muffin tins and 24 paper cases - or more smaller tins and greater number of paper cases according to size desired (see above). You can also use a piping bag (mine are disposable one with the ends snipped off) but it's equally fine to spread the buttercream on the bases by hand.
Author: Sarah Trivuncic
Serves: 24 large muffin size cakes or 36 standard bun size or 48 mini muffin size
Ingredients
Instructions
Notes
You can bake the cakes at 180c or gas mark 4 for slightly longer if you wish. This may help avoid the volcanic peaks.

Making buttercream in the food processor instead of with an electric hand mixer stops your kitchen getting covered in a cloud of icing sugar.
3.3.3077