Delight the little boy in your life with these dinosaur cookies. 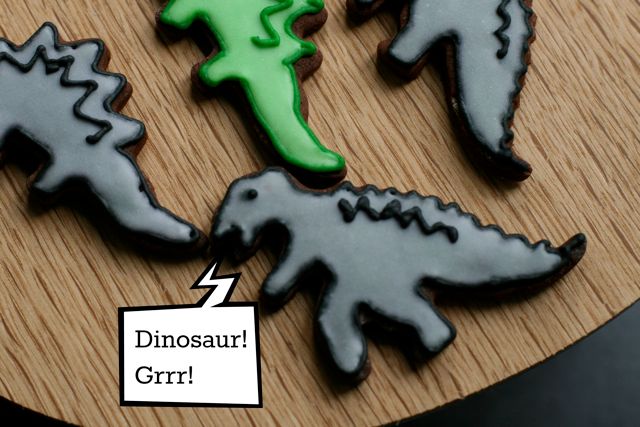 Making these dinosaur cookies paleontologically correct was not my intention here. It always amuses me how dinosaurs are often portrayed as being cute when they were anything but.

Dinosaurs are so remote from our own species and times and pre-Ted I don’t think I’d though much about them apart from viewings of Jurassic Park.  Then I noticed we teach children about them almost from birth. There’s Barney, dinosaur toys in all the shops. Even Peppa Pig’s little brother George carries a toy dinosaur. Our kids can’t escape dinosaurs, I bought these dinosaur cookie cutters specifically for Ted.

I was impressed that even by age 4 he understood dinosaurs no longer exist. Considering a rhino looks quite similar, it’s a strange concept for a pre-schooler to grasp that some animals live in Africa, some live in the zoo and some well, just don’t live at all anymore. It’s as far removed as ‘When Grandaddy was a little boy he had steam trains like Thomas at the bottom of his garden.’ 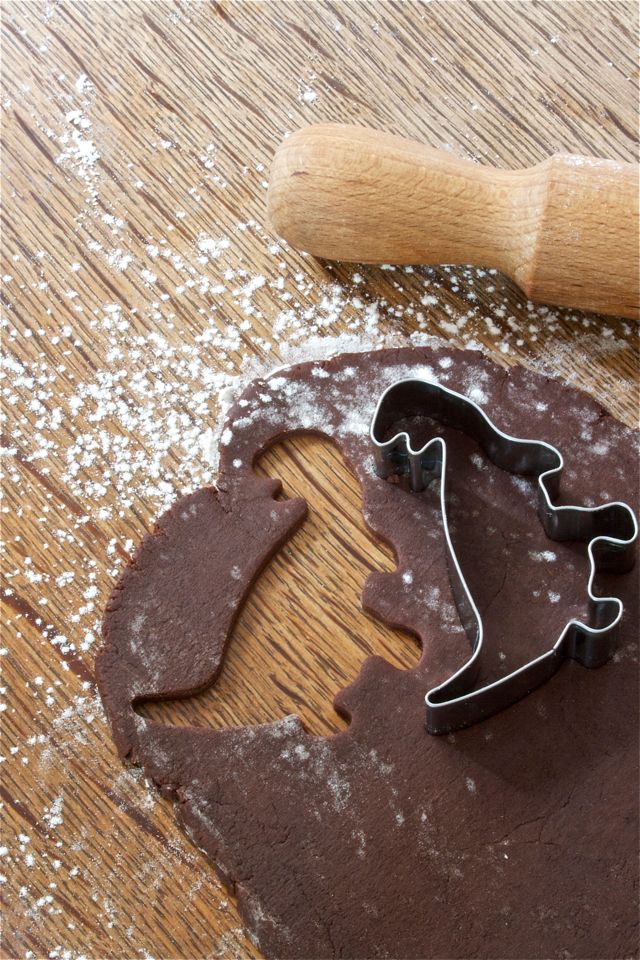 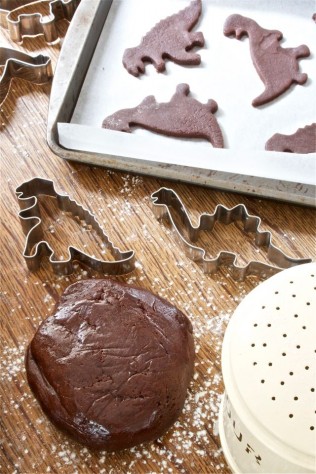 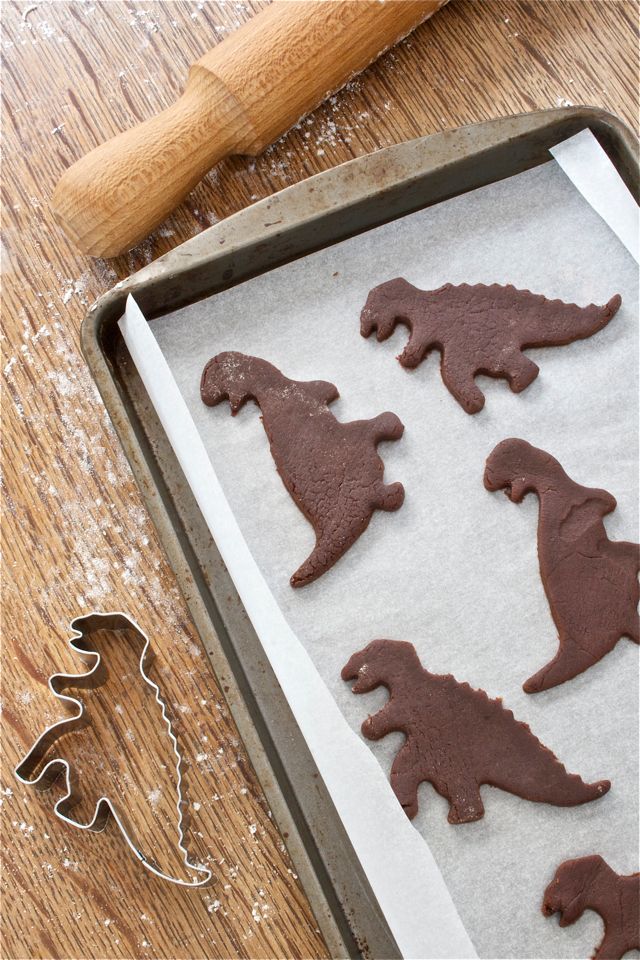 Dinosaurs cut out of my chocolate cookie dough recipe

Ted’s reception class were learning about dinosaurs last year and with an inset day due, I decided a trip to the Natural History Museum was an essential rite of passage. The trip was bigged up for weeks in advance. We told everyone we were going to see the giant dinosaur skeletons.

The animated dinosaur in the Natural History Museum was in a dark murky room. Ted dragged me through at high speed. He was more interested in the skeleton in the entrance that comes to life if you put £1 in the slot. I realised the action of putting money in was more fascinating to him than the creature itself.

So the much hyped dinosaur visit was a bit of an anticlimax. Ted preferred the TV screens in each gallery that were equipped with bar code scanners to program which exhibits you’d revisit on the internet back home. Ted wasn’t remotely interested in the dinosaurs, just the technology on show. 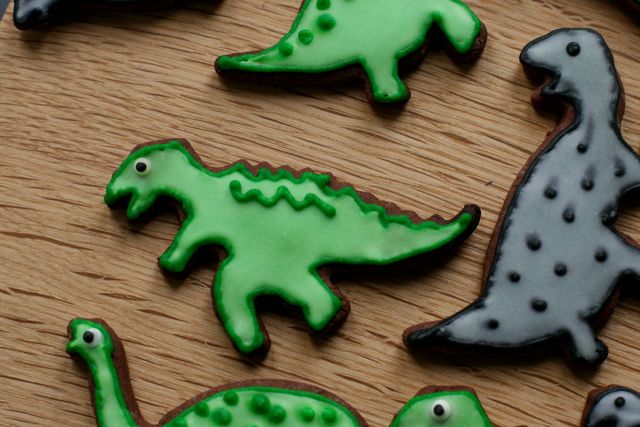 Around ten months later Ted announced he’d like to go and visit the dinosaurs again. This was a surprise as generally Ted requests visits to the Science Museum with all its gadgets and aeroplanes.

‘Maybe we go to the Natural History Museum?’

Ted’s instructions are generally prefixed with ‘maybe’. Like an expertly directed missile.

‘You want to go there? Ok I think daddy can take you on Saturday.’ I replied.

Ted had remembered that after our last visit to the dinosaurs we did indeed visit Harvey Nichols and go to Yo! Sushi on the top floor. He didn’t especially want to go to the Natural History Museum, he wanted to go to Yo! Sushi and watch the little plates go round on the conveyor belt.

Never mind the dinosaurs then. Ted has a memory like an elephant. 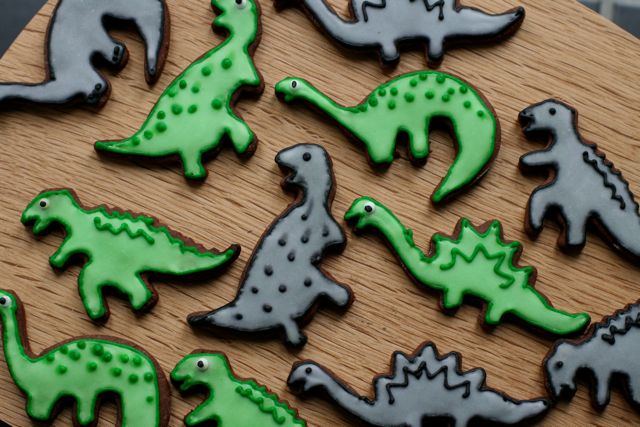