Home » When I filmed a video about Walthamstow for Thomas Cook 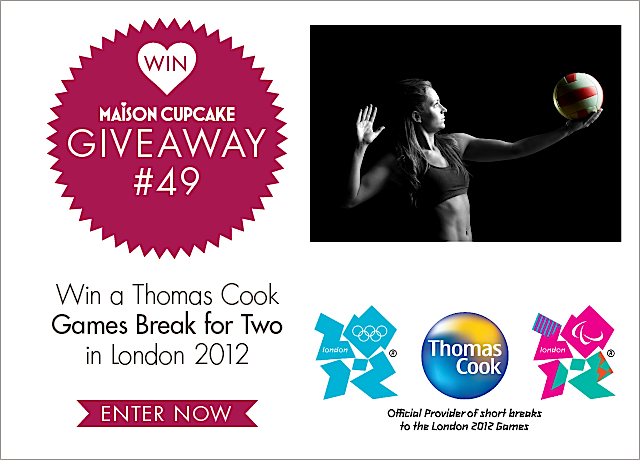 I have been trying to explain to my nearly five year old that the Olympic games taking place on our doorstep is a once in a lifetime event and that we are incredibly lucky to have had a bird’s eye view of the Olympic park being built just up the road from us.

I won’t lie, I’m not a sporty person but I have watched the build up with interest and have delighted in how excited my son is about the flame doing it’s tour of the country. I have tried to explain to him how hard it has been for people to get tickets through the ballot process and dare say there will be tantrums come end of July when he realises he can’t go.

Quite what he’d do if he realised what I’m giving away on my blog today I don’t like to think.

Thomas Cook are the official provider of short breaks to the London 2012 Games. They’re the only place in the UK where customers can buy guaranteed Olympic and Paralympic tickets with accommodation during the Games.

These short breaks known as Games Breaks start from £99 per person and are a fantastic way of getting people from all over the UK to the Olympic Games.

The team from Thomas Cook recently met up with some London bloggers to talk about lesser known places visitors to London should go to. Keeping things close to home I sang the praises of Walthamstow and you can watch my video about it here:

2. The prize is a Thomas Cook Games Break for two comprising two official London 2012 tickets to watch the Volley Ball Women’s Preliminaries at London Earl’s Court at 8pm on August 3rd 2012 with one night’s standard double room accommodation for two with breakfast at the Ibis hotel Heathrow checking out on August 4th 2012.

5. This giveaway is hosted on behalf of prize sponsor Thomas Cook who will deliver the prize(s) following confirmation of winners’ contact details. In the first instance the winner will be given a telephone number to claim their prize.

10. Failure to claim prizes within 48 hrs will result in a replacement winner being chosen.  Please make sure you are checking your email on 10th June.

1) a) The prize is a 1 night hotel stay at Ibis Heathrow in London for two people sharing a Double Standard room including breakfast. With Check in on 3 August 2012 and check out on 4 August 2012.

c) The competition prize includes a Transport for London Games Travelcard valid for travel to and from Olympic events stated within the competition prize. Please see more details here http://www.london2012.com/visiting/getting-to-the-games/plan-your-travel/travel-tickets.php

2) Prize does not include transport to/from London. The Prize-winner and companion will be responsible for all costs of transportation and all expenses other than those specifically stated above as being included in the prize.

3) The prize must be taken as offered it is non transferable or refundable.

4) There is no cash or other alternative products or services available from Thomas Cook as an exchange.

6) These conditions of use and entry are subject to the London 2012 ticketing terms and conditions set out in the following link http://www.tickets.london2012.com/purchaseterms.html

8) The prize on offer can not be re-sold

9) Thomas Cook will not accept any responsibility for lost, stolen or damaged prizes after these have been delivered to the competition winner.

10) The competition is not open to employees or agencies of Thomas Cook Group, their group companies or family members or anyone else connected to the competition.

Entry implies acceptance of these rules.

Bookmark the Maison Cupcake giveaway page
to see all current giveaways and
return for bonus chances to win daily!

With thanks to Thomas Cook