Home » The Cows Who Keep the Wheels of Comté Cheese Turning 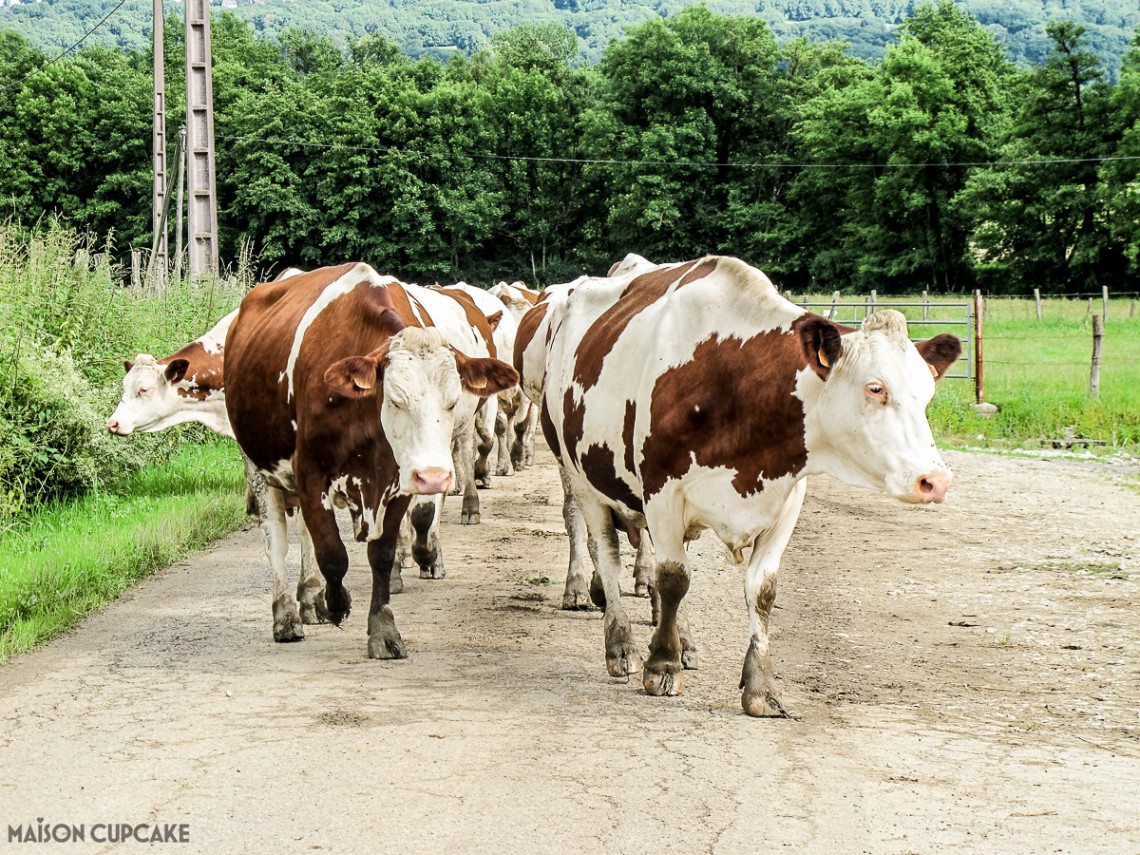 Like most summer days, Dynamite, Erotique and their younger sister Fiesta have been ruminating outdoors enjoying the pure meadow grass rich in flora and fauna.

Early evening is time for their twice daily milking and the beginning of the process making Comté cheese. The tiny flowers and greenery the cows have spent their day chewing are the first step towards the natural consistency required to maintain Comté’s PDO (Protected Designation of Origin) status. I visited the region earlier this summer as a part of a tour hosted by Comté and this post is the first in a series exploring the process of this versatile cheese now loved the world over.

We are at St Lothain on the lower Jura mountains where France borders Switzerland. Dairy farmer Marc Picaud is in the middle of three generations who tend 42 dairy cows and several dozen calves being raised to reinvigorate the herd. His father isn’t rushing to retire and his daughter works full time at the farm too. They are each busy milking the cows and we look on whilst Sebastian treats us to a welcome glass of their only other product – some bright yellow Vin Jaune. It’s a home brewed wine as intense as sherry and the perfect partner for tasting samples of St Lothain’s very own Comté cheese.

To produce milk for cheese able to be classified as Comté, many rules must be observed. Sebastian needs space for his cows to graze on at least one hectare of pasture each and they may only eat from their own pasture or bales of locally harvested hay and straw. It’s the benchmark to safeguard the volume and quantity of the grass upon which Comté producing cows are permitted to graze and eat.

The meadow must retain its natural bio-diversity and it’s this variety that contributes to the nutritionally superior milk which in turn creates the depth of flavours found in Comté cheese. Planting is not allowed and fertiliser may only be added to empty areas during periods the cows are elsewhere. GMOs, fermented feeds and silage are all forbidden so the cow’s diet may be kept as natural as possible.

From March to October, day and night, the cows will graze on pasture and for winter they will come indoors to work their way through the barn’s summer grown stash of hay bales.

Comté herds can only be Montbeliards or French Simmental cows although the former account for 95% of their numbers. Whilst these breeds may produce less milk than other dairy cows, its nutritionally superior qualities are ultimately essential to the complex character of Comté cheese.

In the wider Jura region there are 130,000 more cows keeping the wheels of Comté cheese production turning. The milk from the Picauds’ cows alone will yield 8000 wheels of cheese each year once the local fruitère – or dairy – and cheese ageing cellars have played their part.

The local passion for and solidarity behind the Comté production process stretches back generations. Comté cheese has been made in the region since the Middle Ages. So historically significant is this cheese to the economy of the region, Franche-Comté was even named after it.

Mountainous terrain was no good for harvesting crops thus the land was more useful to graze cattle. Back then cows’ output would have dropped in colder months making milk a scarce commodity in winter. Cheesemaking preserved summer’s excess milk into a product which could be traded and transported more easily before modern refrigeration existed.

In preparation for milking, the cows are hosed down to remove excess mud they’ve picked up whilst wandering. Before each milking, the cows’ udders are washed with water to clean them but still preserve essential microflora on the teats which naturally travels into the raw milk.

On average a Comté cow produces 23 litres of milk per day for around 300 days of the year. The cows go through a period of ten months milking then two months pause.

The nature of the cows’ milk varies throughout the year; in summer the extra carotene absorbed from the green pasture yields creamy yellow milk which in turn produces deeper golden cheese. Whilst the indoor winter diet of straw and hay leads to a paler milder white cheese – although even the winter diet will vary according to flowers in the the grass when it was mown. Whatever the season, the Comté cows’ milk is always, as the French say, “cheeseable”.

As well as the season, the diversity of flavours passed on through the raw milk is affected by that year’s weather conditions, the altitude where that herd grazes and then further influenced by the cheesemaker’s technique and the humidity and temperature during its cellar bound ageing process.

Each year’s new calves are given names with a different letter of the alphabet and the following year moves onto the next letter – so we immediately know Dynamite is two years older than her sisters Fiesta and Fatale. Medical information about each cow’s history is recorded in a log book.

Like all Comté farmers, the Picauds work on a cooperative system with the local dairy. Combined with 20 further farms, 1000 cows and 45 staff, the local cooperative produces 50 wheels of young Comté cheese every day.

Locality is key to the process; this raw milk has to be taken to a fruitère less than 25km away within 24 hours. Prior to transportation the raw milk from that day’s two milkings is kept in big tanks at a steady 12c. By morning it will have moved to it’s next stage in the journey ready for transformation into Comté cheese. 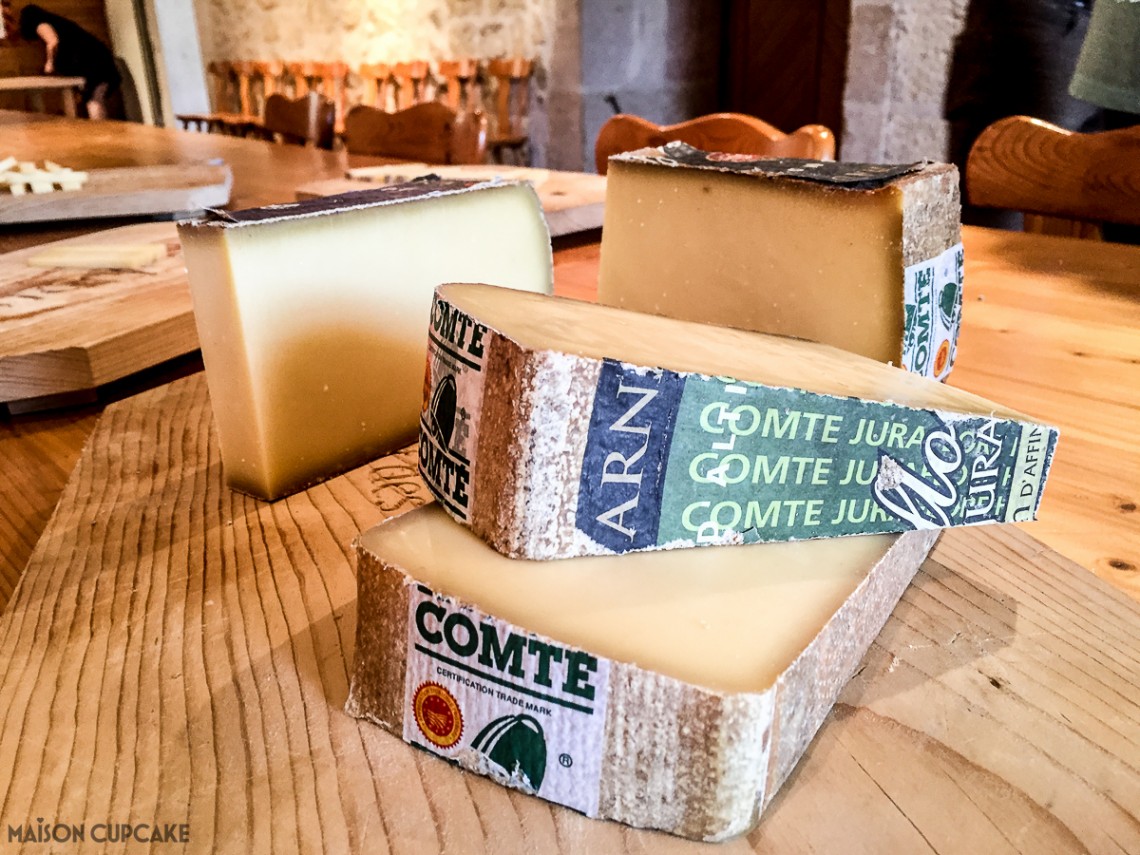 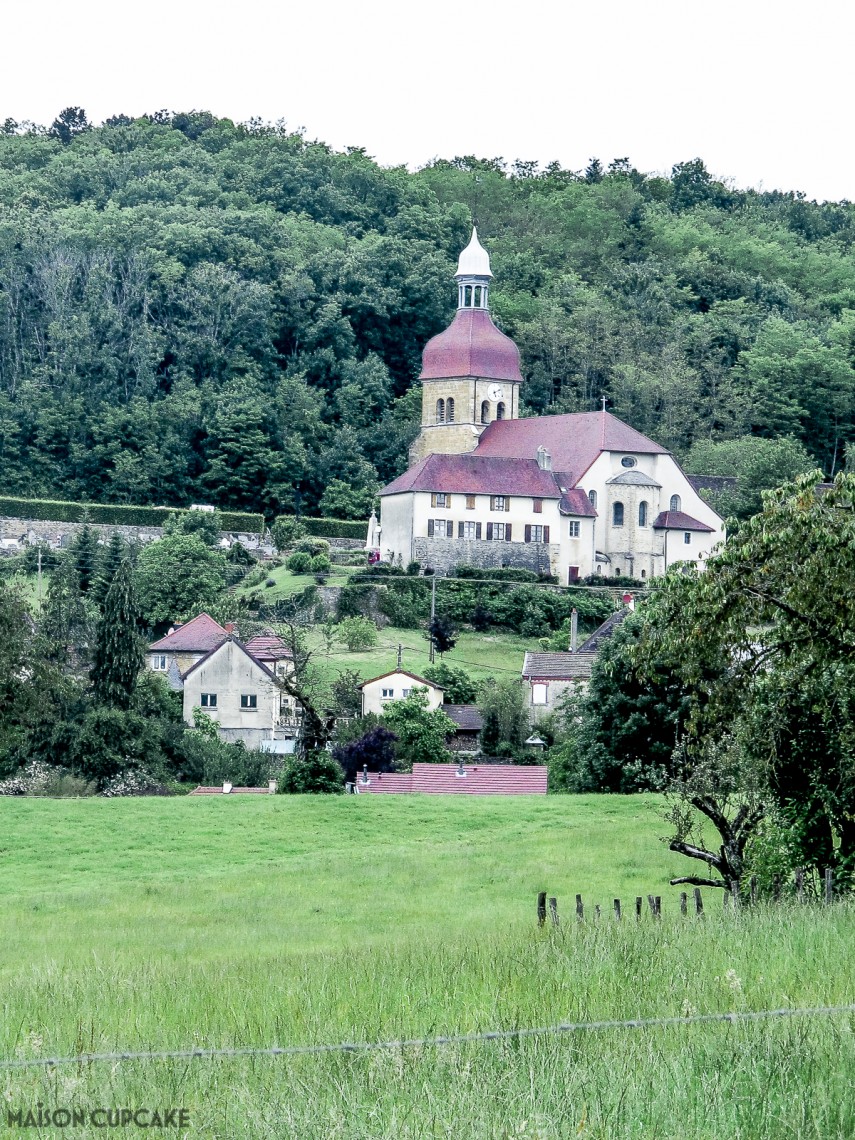 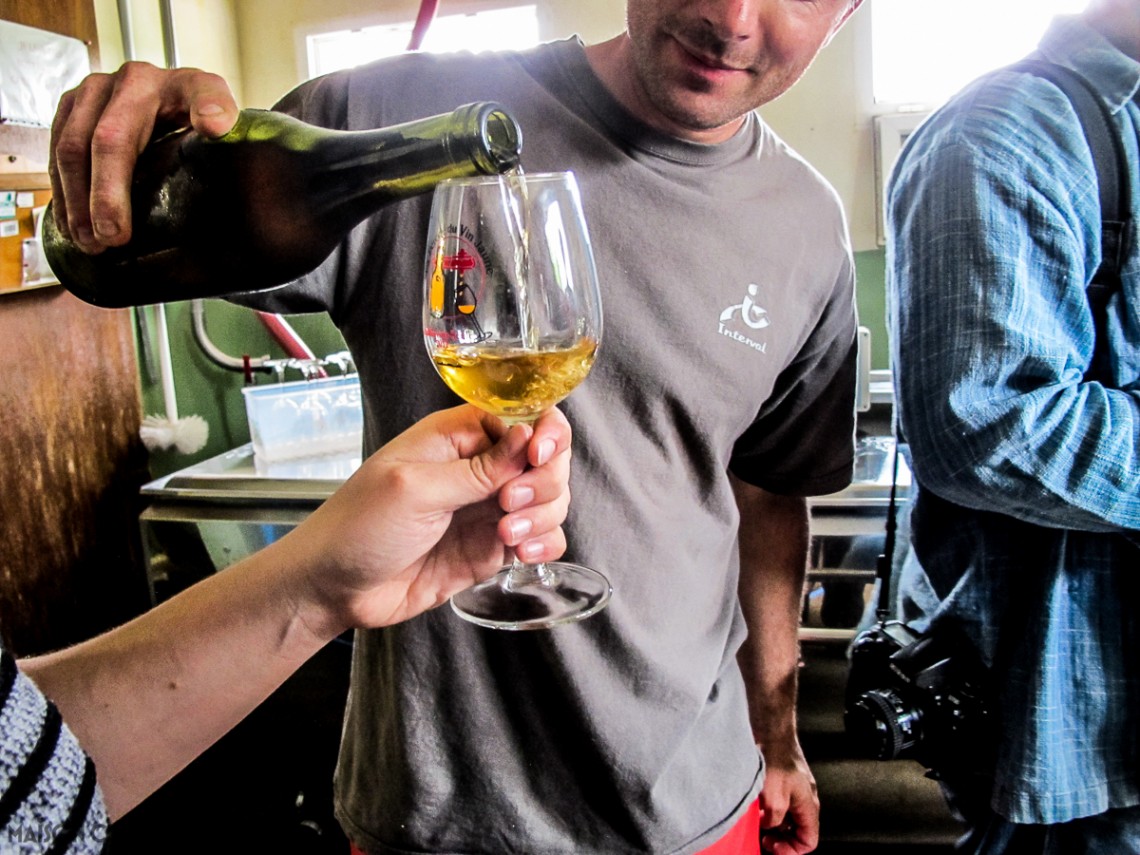 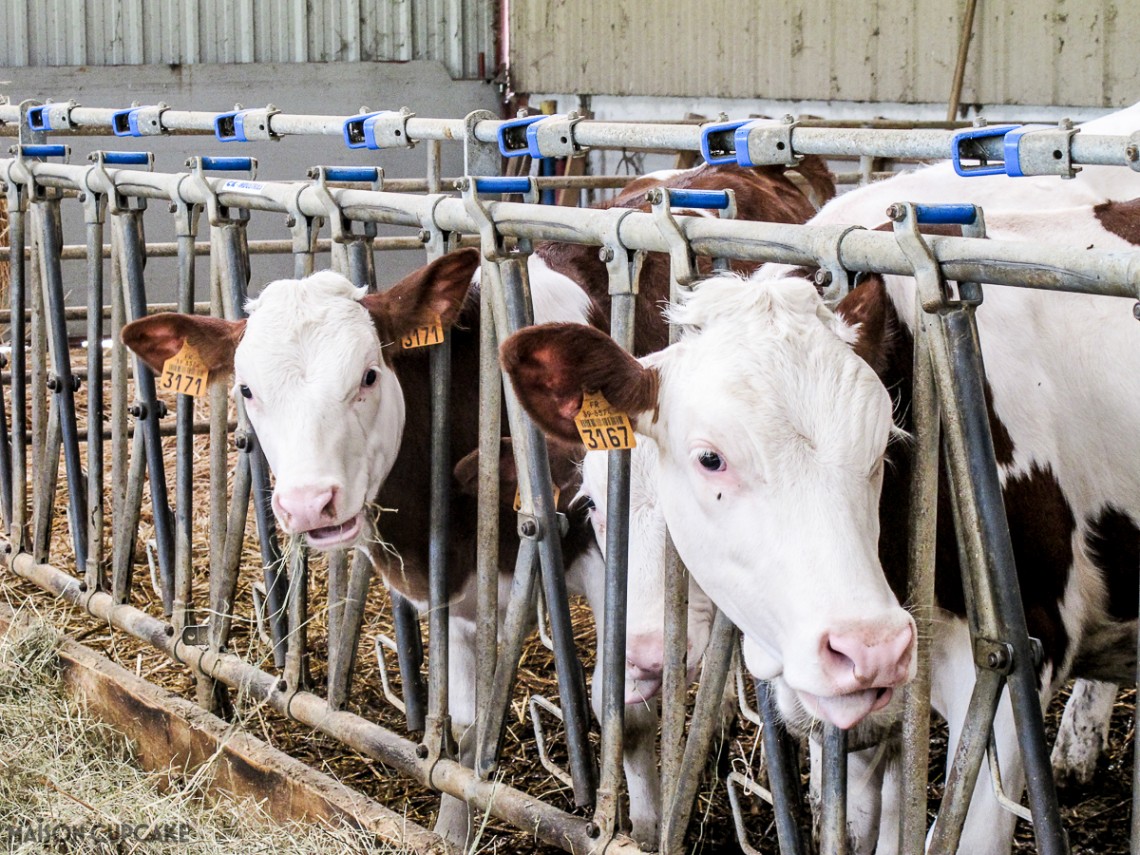 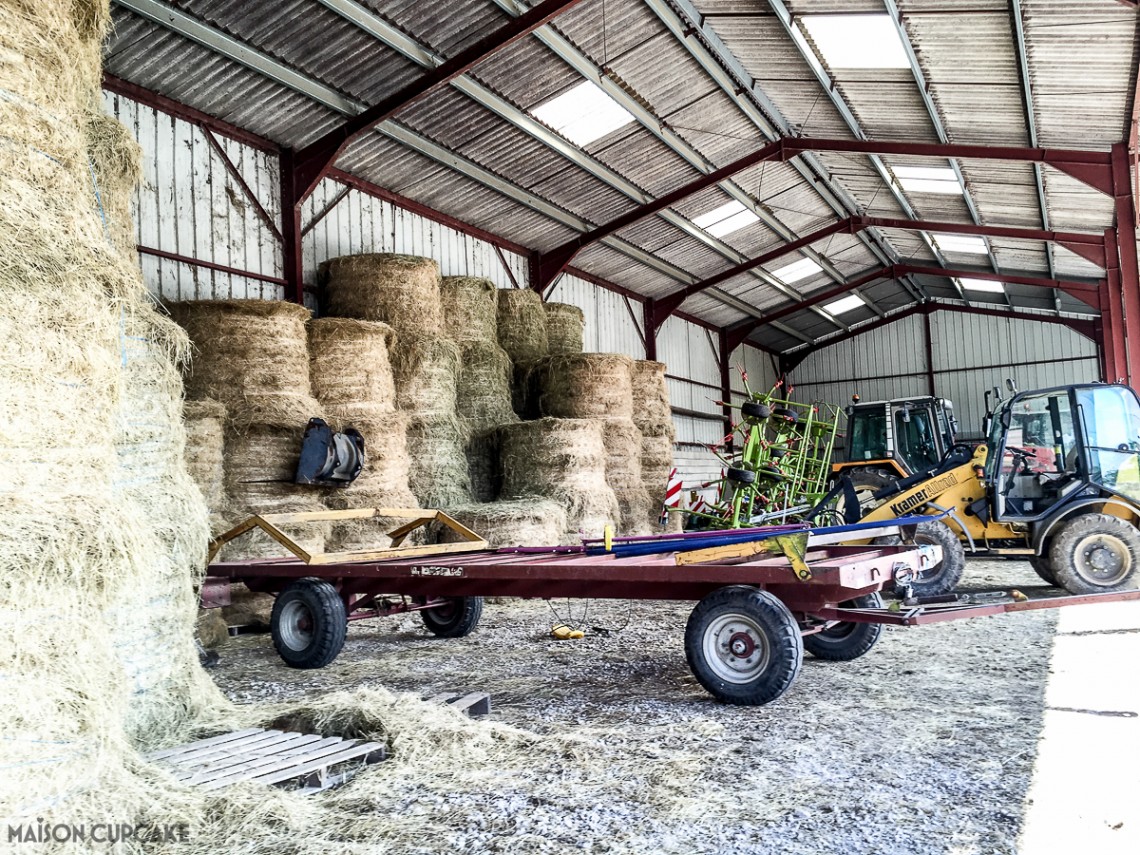 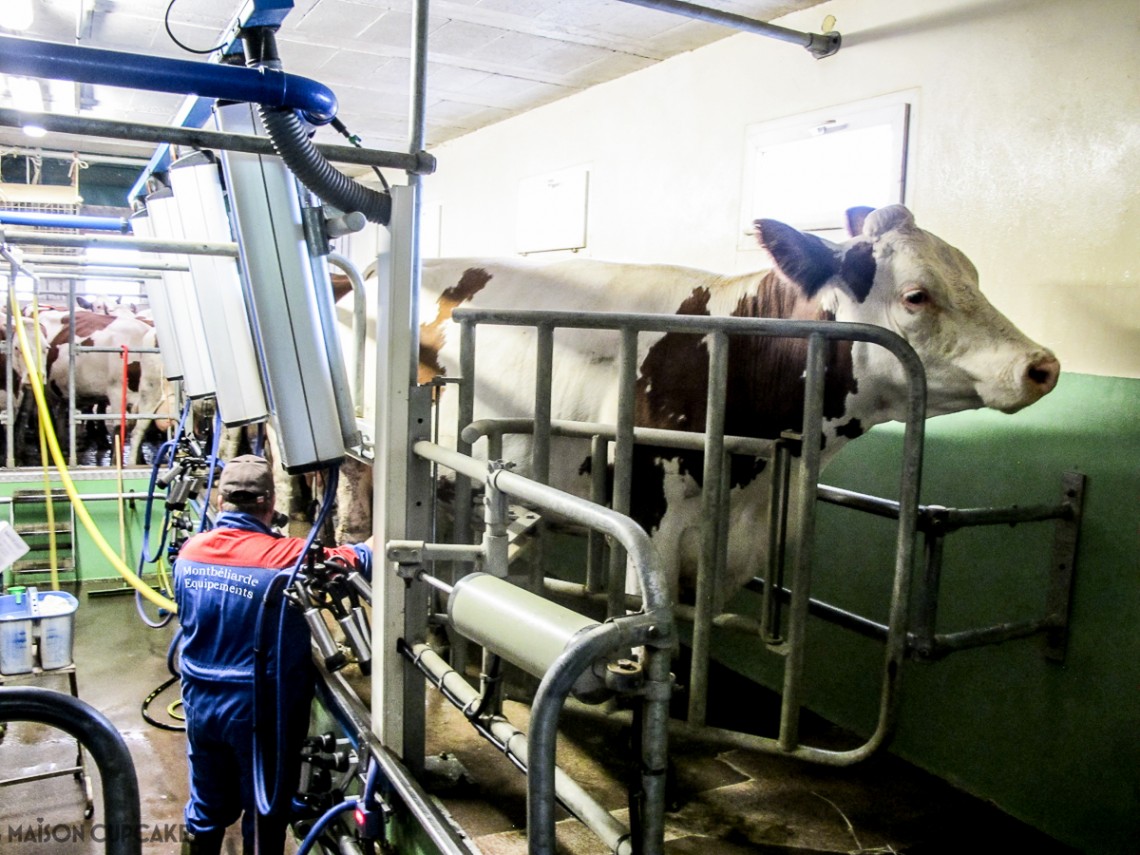 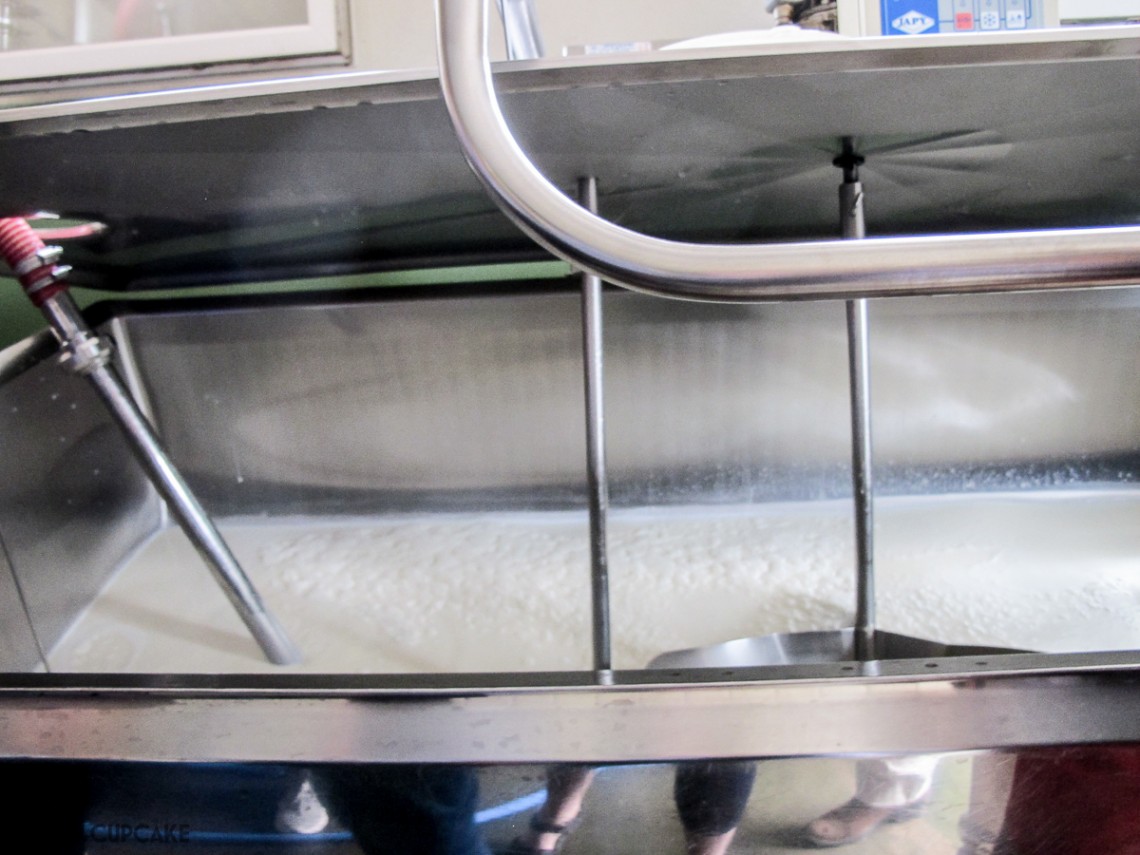 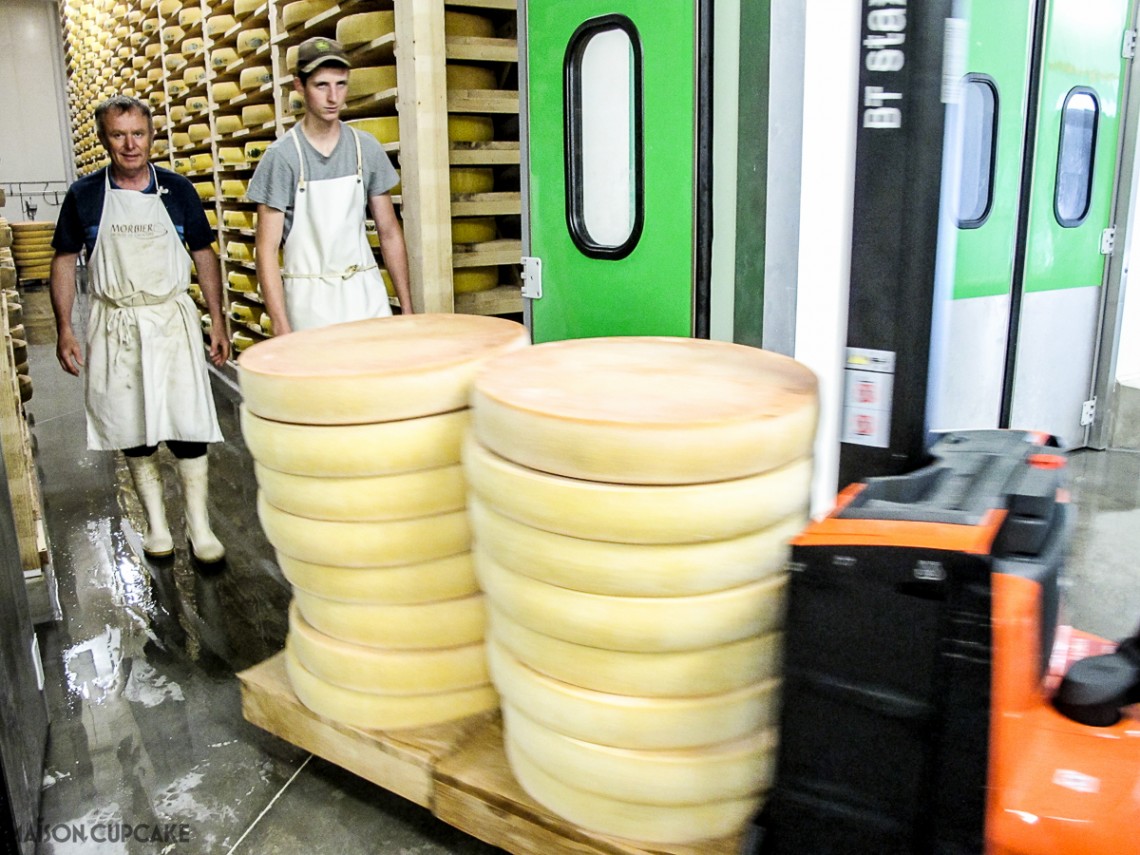 The next post in this series will be about the role the fruitère (dairy) plays in turning the milk into cheese.

If you wish to visit a Comté dairy farm as part of a trip the Jura, Comtés French site has a list of Comté farms open to visitors as part of Les Routes du Comté.

I travelled to the Franche-Comté region as a guest of Comté cheese. Find out more about Comté at ComteCheese.co.uk or following their UK Instagram and Facebook accounts.