I always thought syllabub was something complicated with whisked egg whites. This orange syllabub with speculoos biscuit base took around 20 minutes to make and there are no eggs involved! 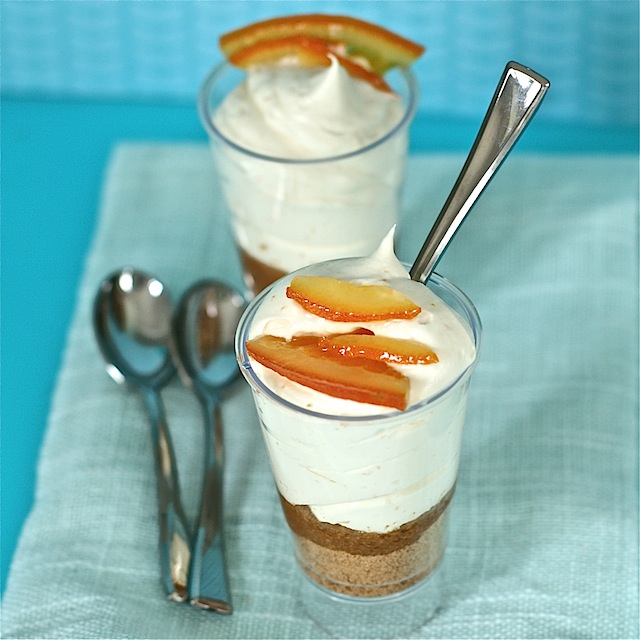 We had a low fat dessert yesterday so I’m making up for it today with decidedly un-low fat syllabub. In my defence I have served them in miniature shot glass sized dishes and these spoons are half size too – snaffled from the canape tray at a blog event! Would you believe they are plastic spoons?

Bubbling away on the stove I had a sugar syrup with thinly sliced orange segments and some slivers of orange zest. Do you remember I used up those sugared lemon slices on the lemon fondant fancies last week? Well these are the home made version and boy are they good. Far glossier and better looking too. 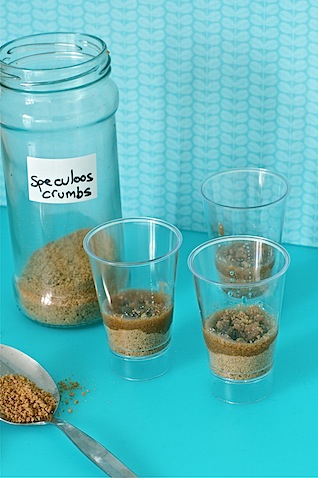 As a hangover from the rhubarb cheesecake last year I have kept a jar of ground speculoos biscuit crumbs. It often comes in useful to sprinkle over a serving of yoghurt for Ted’s pudding. Somehow “yogurt with biscuit crumbs” sounds far more enticing than yogurt alone. Ted is also highly amused that my supply of supermarket own brand speculoos biscuits each have a square hole in the centre.

I lined each serving dish with a couple of spoons of speculoos crumbs mixed with a tablespoon of the orange syrup.

Although this syllabub is extremely easy to make, you definitely need an electric mixer. Dare I say it, ideally you need a stand mixer because my arm was getting rather tired holding the hand held one on top speed for ten minutes. 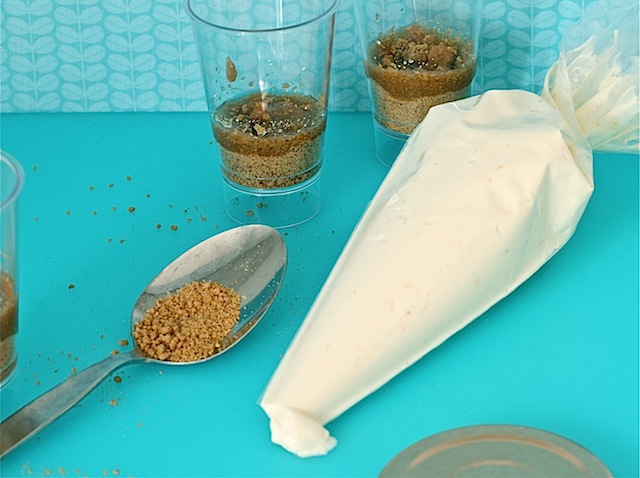 Disposable piping bags are not essential – you could cut the corner off a freezer bag. Or you can forsake the bag altogether and spoon your syllabub into the dishes – bags do make a tidier job of it though.

Syllabub is most commonly made in lemon flavour over crushed amaretti or ratafia biscuits. Alcohol is generally present meaning you should not feed these desserts to children. Golly what a chore – the grown ups will have to eat them! 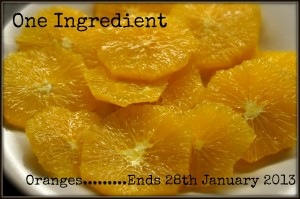 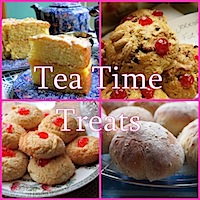 I am sending these orange syllabubs to Nazima and Laura at One Ingredient which this month is themed “oranges”. And since it’s yet another citrus recipe (I’m doing well this month!) I can also send it again to Karen at Teatime Treats. 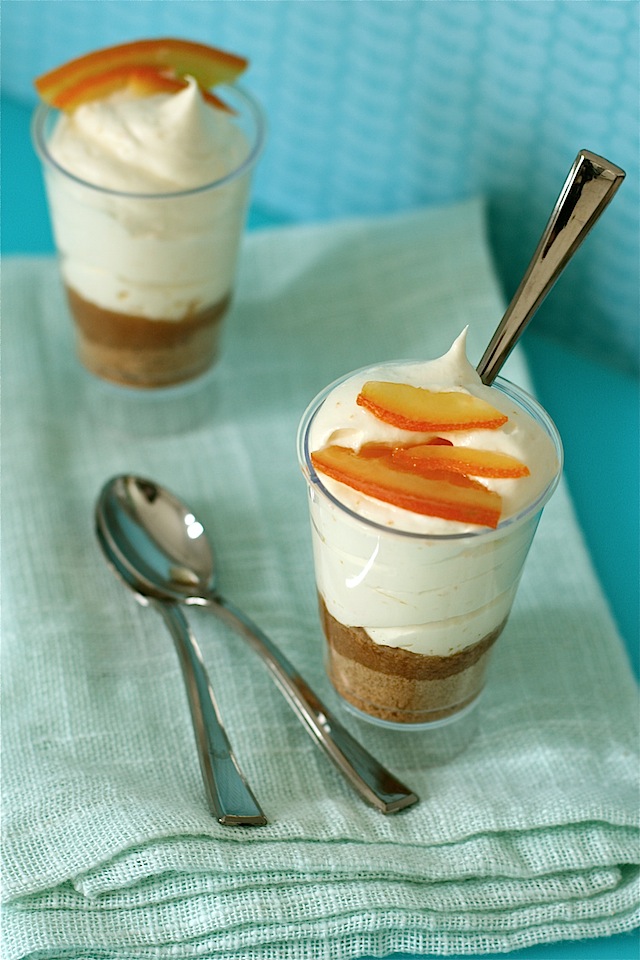 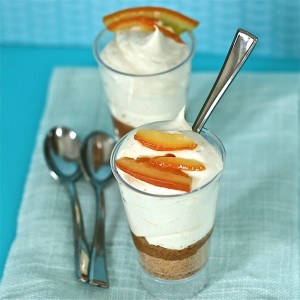