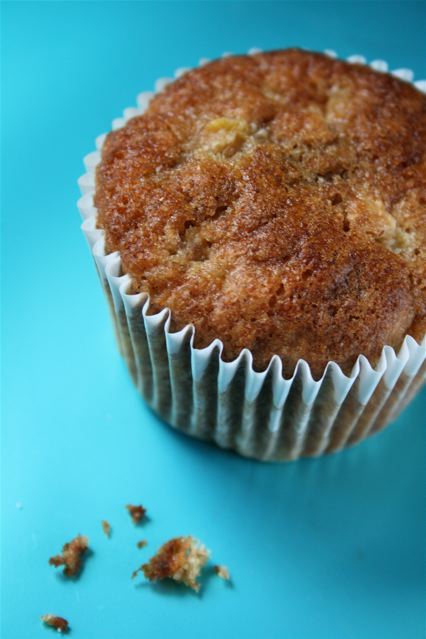 How often do you bake?


For me it varies. You may find it hard to believe from the frequency I’ve blogged lately but I sometimes go nearly a fortnight without baking anything. Then I’ll have a mad burst and bake 3 or 4 things over the space of 1 or 2 days.


These muffins were the first thing produced on one of these busy days. My in-laws were visiting which generally means my husband and Ted being otherwise occupied leaving me free to produce dinner and anything else I can manage to squeeze in either side of it until Buba and Deda (Serbian for Grandma and Grandad) have gone back home.


I was making about my seventh Ottolenghi savoury dish that week (some of which you’ve seen already) but decided that after four months it was high time I made some things from the latest Rachel Allen book, Home Cooking, which I’d picked up for a song through Ted’s pre-school book club before Christmas. 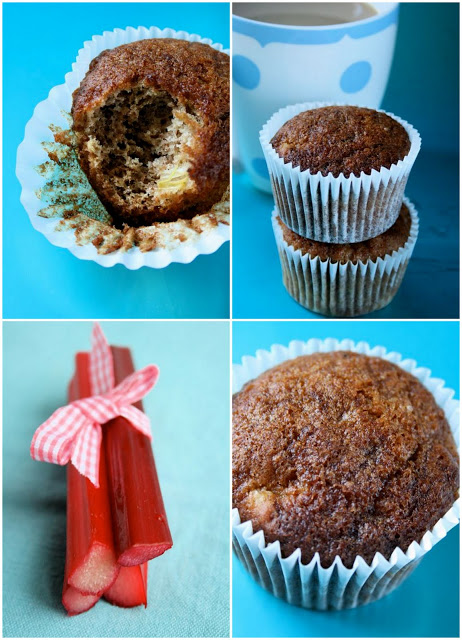 I have three of Rachel’s books; Rachel’s Food for Living which I acquired 2 years ago and to this day have never felt motivated to cook anything from, Bake, which I love (yes, even more highly than Nigella Lawson’s How to Be a Domestic Goddess) and then her newest book, Home Cooking.


That morning I leafed through Home Cooking, making a list of recipes I wanted to cook from it. It’s a family oriented book, nothing especially sophisticated in there, a fair amount of comfort food and plenty of accessible sounding recipes.


The muffins took just 35 minutes to make from cupboard to cooling rack leaving me plenty of time and energy to rack up a few more things later that day. I was sceptical about putting raw rhubarb in them, worried that they wouldn’t be sweet enough but the soft brown sugar sprinkled on the top gives them a reassuring stickiness.


They were amazing eaten warm (I wolfed one down before the in-laws had even arrived) but just as pleasing cold as an afternoon snack. Which is just as well really, as you wouldn’t want to feel compelled to eat twelve sticky muffins before they cooled down would you? 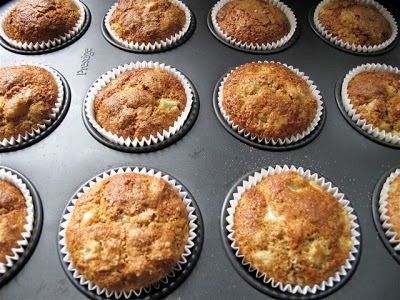 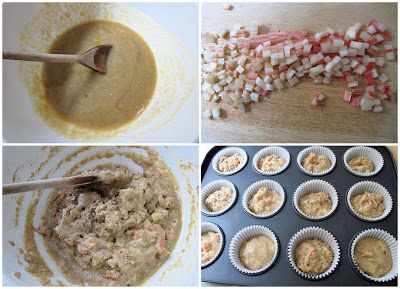 Method:
1. Preheat your oven to 200c / 400f / gas mark 6. Line your muffin pan with large paper cases.
2. In a large bowl place 125g (4.5 oz) of the sugar, the oil, egg, vanilla extract and the buttermilk. Beat until mixed then stir in the diced rhubarb.
3. Sift over your dry ingredients into the bowl; wholemeal flour, baking powder, bicarbonate of soda and salt. Stir until just combined and no more so not to make the texture of your muffins too heavy.
4. Spoon the mixture into your muffin cases, filling them around 3/4 full. Sprinkle their tops with the remaining sugar and bake for 18-20 minutes until golden. A cocktail stick will come out cleanly when they are done but take care not to over do them.
5. Leave to stand in the tin for a few minutes before transferring them to a wire rack to cool. Fantastic eaten immediately but will keep for several days (in theory) in a tin. 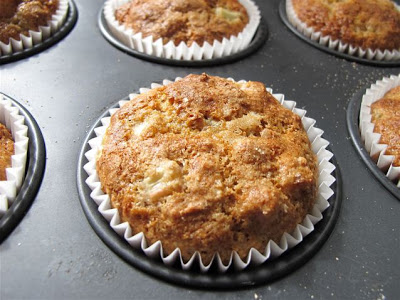