I’ve been laid low by the dreaded lurgy these past four days and unfortunately still heavily reliant on anaesthetic throat spray, painkillers and hours at a time hiding under fleecy blankets on the sofa. Hence I’m publishing a post I’ve had saved for such an occasion and normal service (plus a jolly exciting Mother’s Day giveaway) will resume soon. 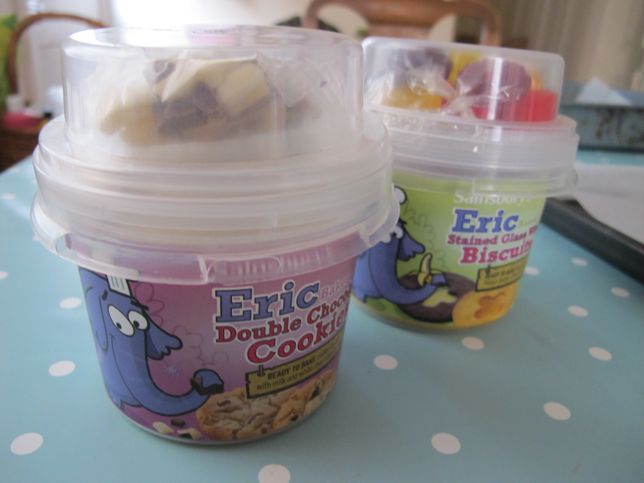 Snobbery about pre packaged kits to make things is not something you’ll find here. In fact, I quite fancy a Vesta Curry now you come to mention it. Which must be something to do with growing up in the 70s when food did its best to ape stuff in sachets that astronauts took into space.

Earlier in the year, Sainsbury’s sent me a trio of Eric’s cookie dough kits from their kids’ home baking range to put through their paces with Ted. The plastic pots look quite space age themselves. Possibly I could do a Red Ted Art craft activity and turn them into little astronauts?

Yes yes yes, cookie dough is easy to make, I have done several posts on cookies and can vouch that it freezes in small batches very well for 2-3 months at a time. But sometimes it’s fun and less taxing to make something out of a packet. Provided your kids don’t think this is the only place food comes from, I don’t see anything wrong with this.

The 3 varieties were: double chocolate chip cookies, stained glass window biscuits and gingerbread men. There’s about 250g of ready made dough and relevant items under the lid; chocolate chips, boiled sweets or a plastic gingerbread man cutter. The elephant cartoon packs are appealing but yield just 8 cookies (or 12 gingerbread men). 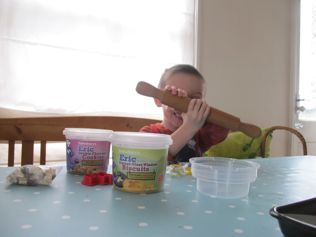 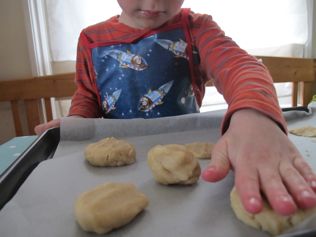 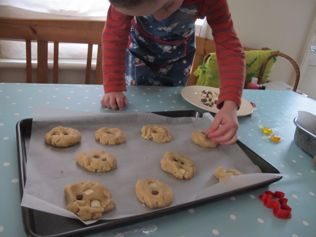 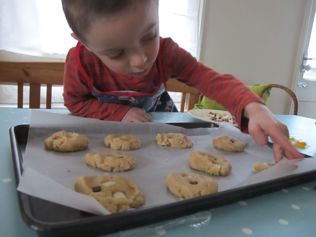 Before teatime a little voice said “Mummy can we make biscuits now” and since they’d only take 10 minutes to pop on baking trays I obliged. The dough is rock hard on opening but the instructions say to microwave on a low setting to soften it.

Space age rocket apron donned and rolling pin in hand we got to work making little balls of dough for the chocolate chip cookies. Ted made the choc chip dough balls easily although I had to supervise they were spaced 5cm apart and evenly sized. Less generous than me, Ted placed a single chocolate chip on each but was very pleased with himself all the same. 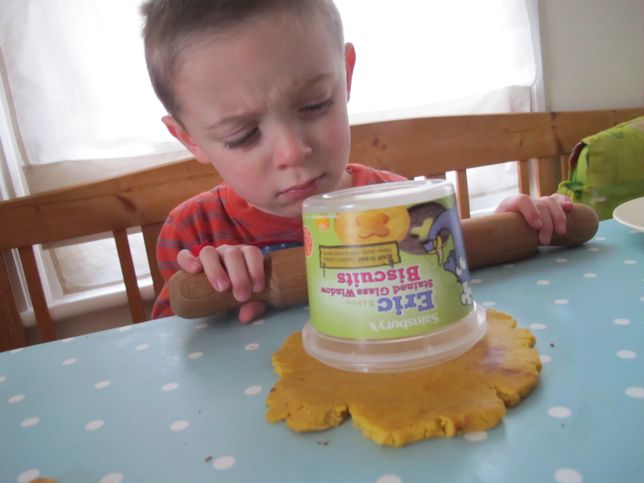 Confused face. Ted is getting good at posing with expressions for the camera on request. An acting career awaits?!

Things went awry with the banana and chocolate doughs for the stained glass window cookies. You are meant to be able to pull the doughs apart but one inevitably ends up being partially mixed into the other.

Next, the directions say to roll out 5mm thick and use the upturned dough container to cut out FOUR cookies from each of the banana and chocolate doughs. This was impossible, the dough will not roll that thin anyway and even if it did, you would never get four cookies this wide out of such a tiny amount of dough. 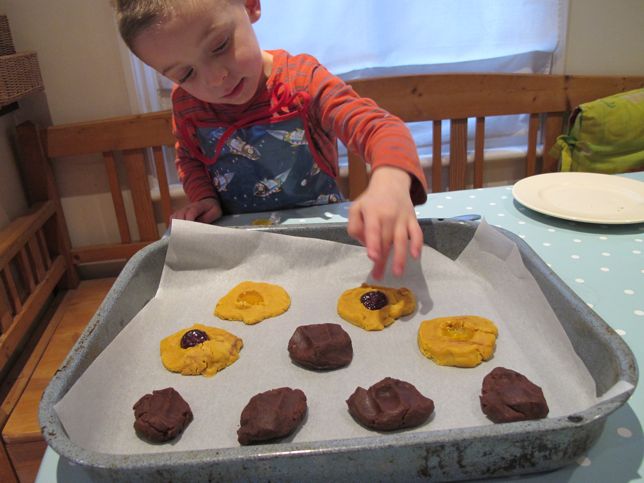 So we shaped them by hand with indentations for the boiled sweets.

Things went down hill from here on.

On a previous occasion we made the gingerbread men on two trays of six incase they spread. Surprisingly, they barely spread at all but demonstrated that 12 minutes prescribed cooking time was too long resulting in burnt raisins. The second ones only had 10 minutes, minus raisins. 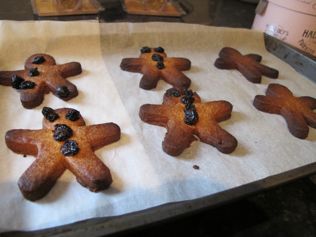 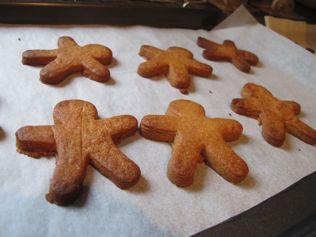 Horrifyingly though, I massacred the stained glass ones. After 12 minutes they looked golden but not quite done. I forgot to set the timer… and then smelt burning sugar during dinner! Hence the blackened mess below.

Fortunately, the chocolate chip ones which came out earlier were just right. Similarly to the gingerbread they required less time than stated on the packet.

Verdict: The chocolate chip ones came out the best but bake them for less time than stated. They taste good, similar to those cookies in the paper bags in the instore bakery but they’re very sugary. The gingerbread ones were alright baked but the dough is very anaemic beforehand. I can’t comment on the taste of my volcanic stained glass cookies but the instructions are inaccurate. Maybe they should fit a smaller cutter into the lid that would glean 8 cookies instead of 4-5?! If nothing else, this ready made dough such as this brand or others by Pilsbury or Jus-Rol would be good to chop into dice and throw into homemade ice cream.

Interestingly, the Sainsbury’s website no longer has these dough kits listed so I cannot give you an RRP. I’m not sure if this if they’ve been taken off the shelves or just not stocked online. If you have seen them recently, do say below.

So… are you up to share any cooking disasters you’ve had lately? 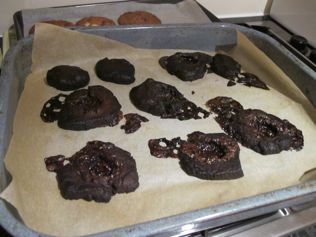 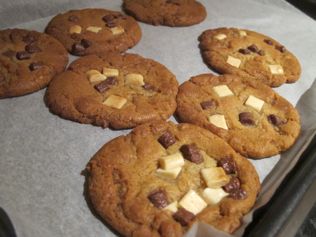