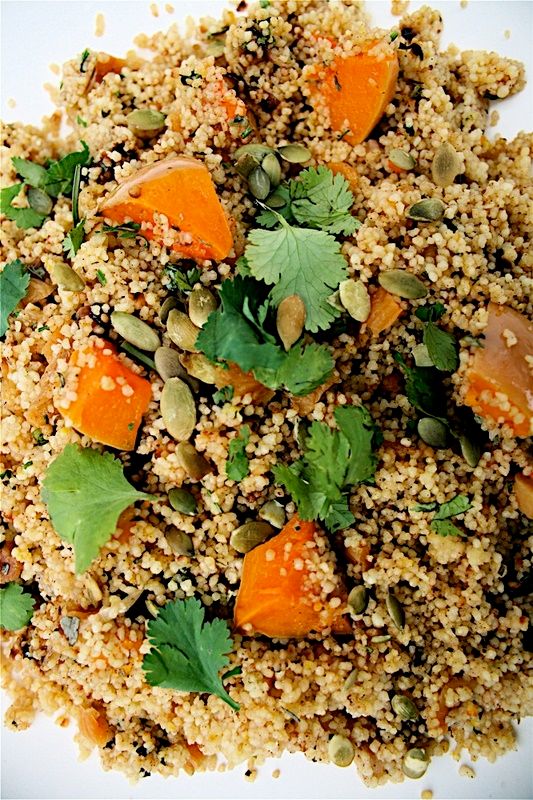 Brace yourselves! After weeks of squeaking in the comments of other peoples blogs “I’ve just bought the Ottolenghi book but so far only made the macarons,” I can honestly say I have made up for this by cooking no less than SIX recipes from this wonderful book in one week. I won’t post them all in succession but starting with this colourful Ottolenghi cous cous recipe do expect to see them all over the next few weeks.
I even recruited a new member to the Ottolenghi Sista-hood (hello Deeba, Jamie, Meeta, Hilda etc etc!), Sarah of Scrumptious Sally who had been deliberating on Twitter whether to go ahead and buy the book. Fast forward a few days and we were tweeting what we were cooking from the book that weekend and bizarrely ended up choosing to cook two identical dishes at the same time. If we ever meet, we’ll probably be wearing the same t-shirt.
This Ottolenghi cous cous recipe can be prepared in around half an hour. It is lovely eaten warm but equally good cold – it got me off the hook making my husband’s sandwiches the next day and his colleagues at work were apparently very interested in what he was eating, so much so that one of them came round for dinner – an Ottolenghi supper of course.
The next Ottolenghi book, “Plenty“, is due out later this month. Can it live up to the first one? I think so, I think we’re going to see a series of successful books from this team as we did from River Cafe and Moro in the 90s and 00s. You’d best stock up on pomegranate molasses now! 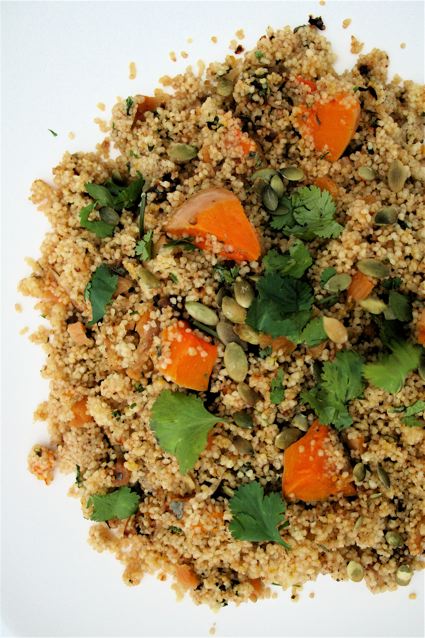