Home » Yes I now drink coffee. It’s official. But only if it’s iced. 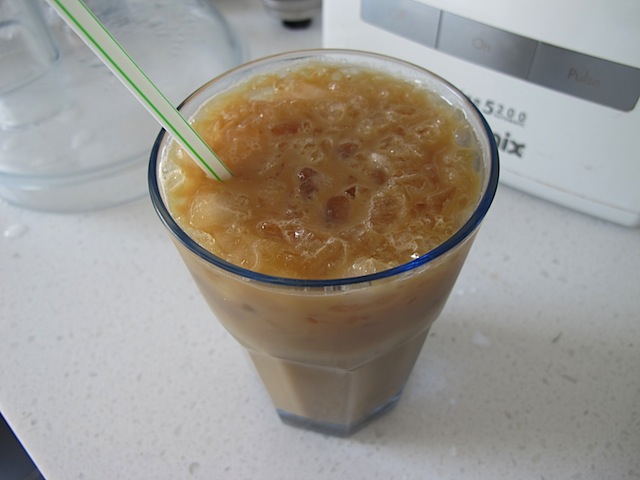 Fellow Walthamstow resident, Gail of Bake Make Rake has converted me to iced coffee. Remember how I blogged about not having given up on finding a way to drink coffee that I liked, well it turns out that I’m a skinny iced latte kind of girl. 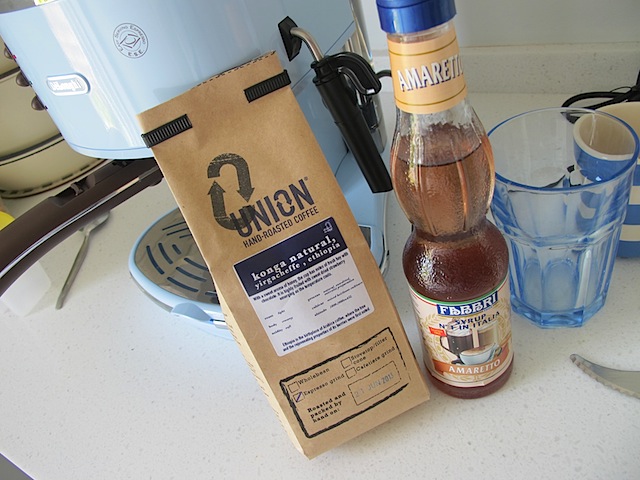 Which makes sense considering I like coffee flavour but just don’t like hot drinks. And I don’t like full fat milk or semi skimmed milk but I do like skimmed milk. If my iced coffee includes some amaretto syrup I like it even more. Only problem is, I’ve forgotten where I bought this amaretto syrup – most likely a French supermarket!! 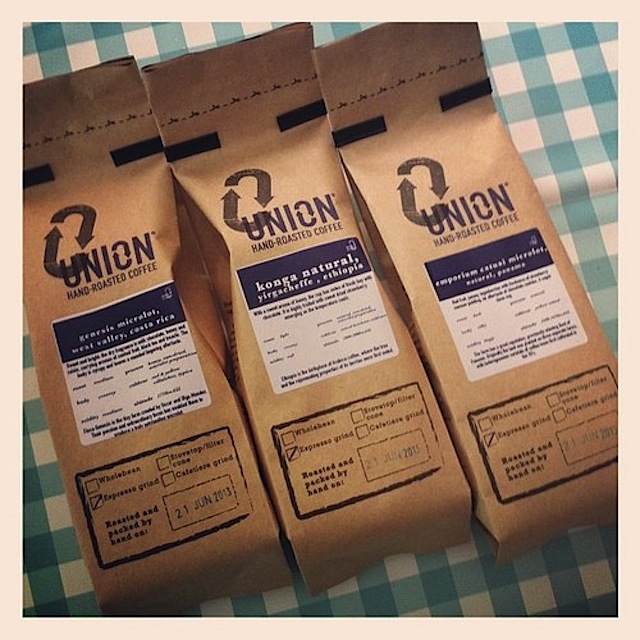 Gail had sent me three gorgeously aroma-ed bags of Union Roasted Coffee which I was amused to realise I was supposed to store in the freezer. My freezer is full of raspberries so that ain’t going to happen but during the heat wave I have partaken in frequent iced coffees made with skimmed milk. My favourite way to enjoy iced coffee is by pressing the glass firmly to one’s neck before drinking. 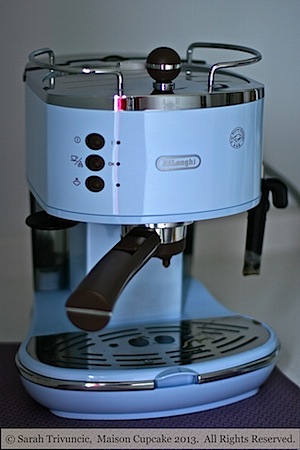 I even invited my Walthamstow Village mummy friends around for a frappacino morning using the Delonghi coffee machine. I never thought I’d see the day…!

Whether I can handle hot brown drinks when the weather is cooler remains to be seen. But I did sample an un-iced espresso and thought hmmm…. you know if I had no access to Diet Coke one morning, this might just work. I could do this, I could pick up little cups and say “uno espresso per favore ciao grazie” without it being a ruse to use an Italian toilet for half a Euro.

The three packets say where they come from i.e. Ethiopian, Costa Rica and describe in Jilly Goolden type language that they taste “silky” or of “chocolate”. Actually I think all three promised wafts of chocolate but probably Gail knew I liked chocolate and picked types that were chocolatey. My packs were espresso ground and to be enjoyed within a month and/or kept in the freezer. I’m not sure if it was either or but in any case I hadn’t realised I was supposed to keep them in the freezer until 3 weeks later.

The machine leaves what in beer terms might be described as a “head” but one of my Walthamstow village friends suggested I use the more polite term “creme” instead. Anyway, you get loads of creme on top of your coffee even before you’ve added milk so possibly this is the silky reference.

My only reservation is that using the machine is such a faff. All that effort for one little cup? Would it not be simpler to add boiling water to some…. it’s ok, I’ll shut up, I can hear the screams of protest already!

Have you ever started drinking or eating something you previously hated?